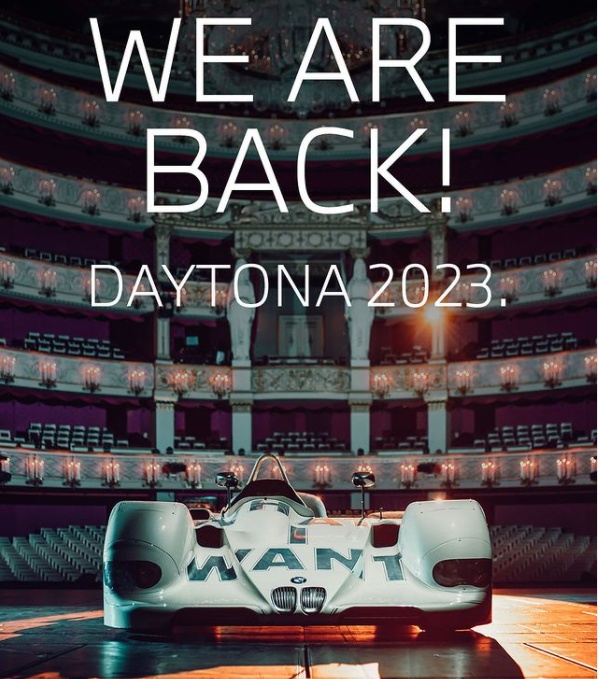 BMW has confirmed that it will enter the LMDh ranks with an expected global sports car program beginning in 2023.

Revealed in a Instagram post by BMW M CEO Markus Flasch on Thursday, the German manufacturer has yet to make an official release detailing the extent of the program, other than Flasch indicating that it will begin at the 2023 Rolex 24 at Daytona.

The post from Flasch is made up of an image of the Williams-built V12 LMR with the words ‘We are back, Daytona 2023’.

BMW had been evaluating the new joint ACO-IMSA top class platform, with Flasch telling journalists during last weekend’s Nürburgring 24 that he’s a “strong believer” that there’s room on top of its existing sports car racing programs.

“It’s not up to just me to decide this,” Flasch said last week. “That’s why I can’t promise anything.

“But I didn’t take on the responsibility just to administrate the current status.

“We are looking into other formats and there will be decisions quite soon. I know where we come from. I know where our roots are. I am a strong believer that there is room on top of GT3.”

The WEC has left the door open for LMDh prototypes to join the Le Mans Hypercars in its top division before that date which coincides with the introduction of the next generation of LMP2 machinery on which they will be based.

Is BMW planning dual programs across IMSA and the WEC?

One thought on “BMW Confirms LMDh Program for 2023”