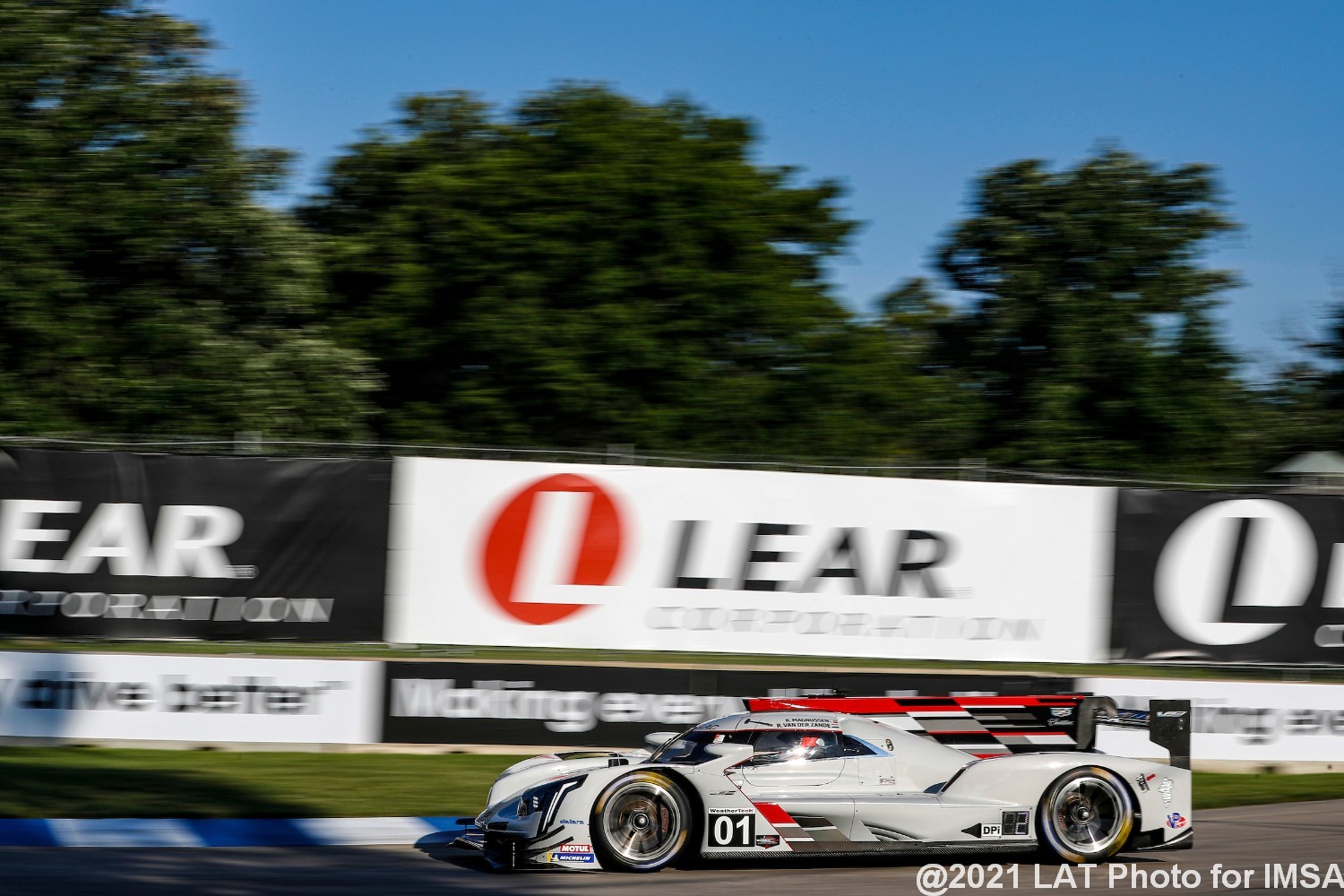 The 15-minute session ended early following an accident by Tristan Vautier in the No. 5 JDC-Miller Motorsports Cadillac with five minutes to go.

Vautier lost control of his car before making side contact with the barriers. He attempted to bring the car back to the pits but stopped on track.

“Getting pole position for the team today means a lot,” Magnussen said. “We went to Daytona, Chip Ganassi Racing and Cadillac put this team together in a rush and we were quick straight away and in a fight for the win to the end when we had a tire blow out. We were leading at Sebring and had that incident at the end. Mid-Ohio we had the fastest lap of the race, so it feels like we have been strong but haven’t been able to capitalize on that pace. It is good to get pole and start at the front. It is GM’s home track with Cadillac, so we are happy to start from pole.”

Pipo Derani had the wheel of the No. 31 Whelen Engineering Cadillac DPi-V.R for this afternoon’s qualifying. He was able run a time of 1:20.161 that will have he and Felipe Nasr starting behind Magnussen on row 2. The team won the race here in Detroit in 2018.

“Positive result for us as a team starting P3 but unfortunately the red flag shortened the session. I believe we could have got pole with just an extra lap,” Derani said. “The team gave me a great car and we feel ready and confident for the race tomorrow. We look forward for a strong result for the No. 31 Whelen Engineering Cadillac.”

Tristan Vautier showed a lot of speed in practice setting the top time in the days first session. Pushing to get pole he got the car out of sorts and brushed the wall. The result negated his fast time and he and teammate Loic Duval will start the 100-minute tomorrow from fifth on the grid with a time of 1:20.532.

“It was a shame,” Vautier said. “We had a lot of speed. We were fighting for the pole and I dropped the wheels at the entry of Turn 4 and that put me into the wall. I’m not the first one or the last that will happen to. We had a chance to be on the front row. That mistake by me set us back. The team has eyes forward. We have a good car for the race. We have lots of speed. Sorry to the team and we are focused on tomorrow.”