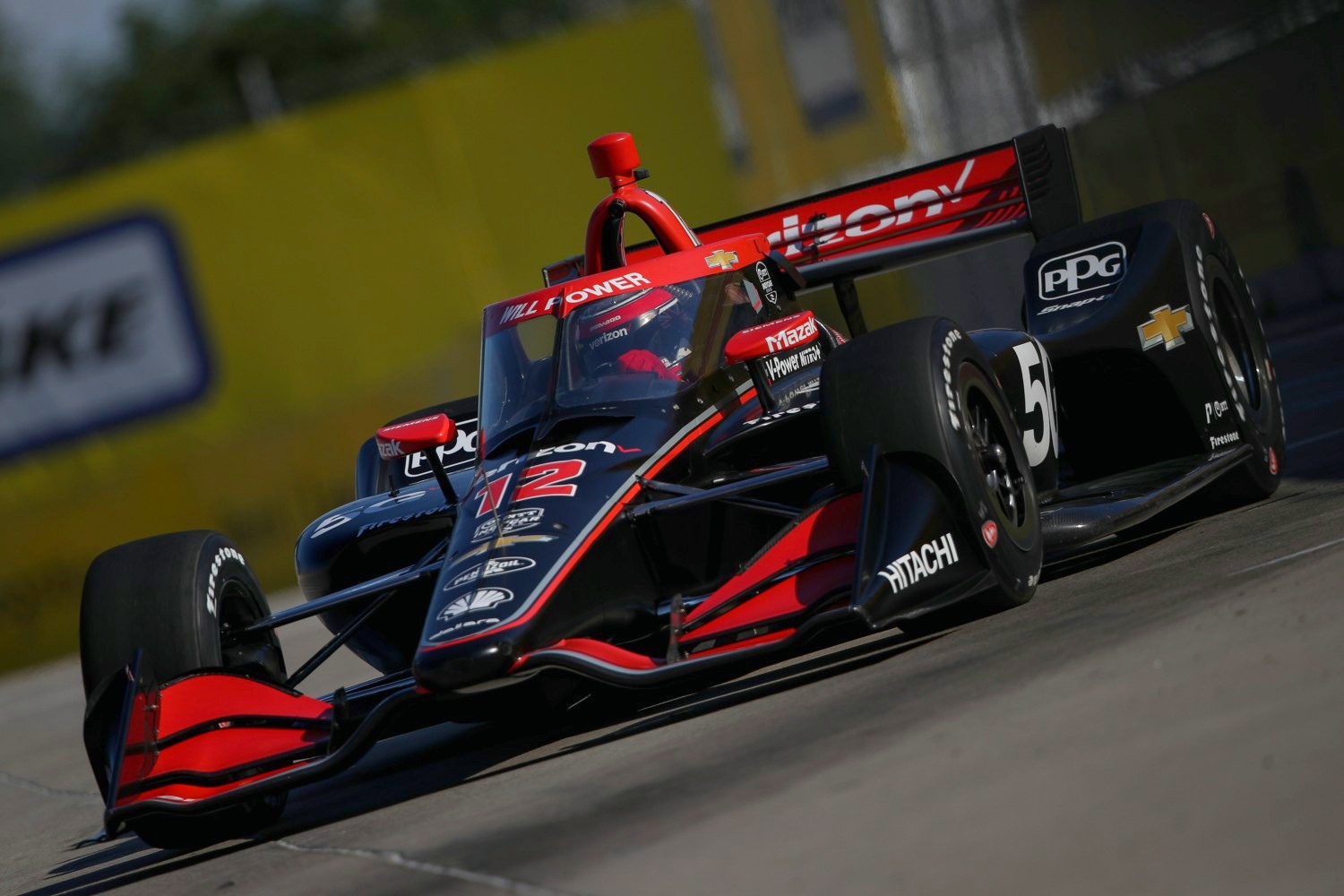 At the very end of the session, Will Power turned the fastest lap in practice for the Detroit GP IndyCar race with a time of 1m17.2768s in his #12 Penske Chevy.

Sebastian Bourdais turned the 2nd fastest lap in his #14 AJ Foyt Chevy to lead IndyCar practice for the Detroit GP with a time of 1m17.2768s.

Scott Dixon was 4th in his #9 Ganassi Honda while Alexander Rossi rounded out the top-5 in his #27 AutoNation Honda.

Power and the other 24 drivers in the field faced tough conditions, with the bumpy nature of the 14-turn, 2.35-mile circuit compounded by track temperatures tickling 120 degrees, with air temperatures in the mid-80s. Heavy traffic around the circuit also made it tough to assemble a clean lap.

“Yeah, it’s very hot out there,” Power said. “It’s just a physical track. You kind of hold your breath because there’s just so much commitment. I feel all right. The car is in a really good window. I was happy to get a lap in there at the end, with some guys backing up and such.”

Championship leader Alex Palou was 15th at 1:18.7996 in the No. 10 NTT DATA Chip Ganassi Racing Honda. He is racing at Detroit for the first time since the event wasn’t held last season during his rookie year due to the COVID-19 pandemic. Palou will face an additional challenge Saturday by starting six grid spots behind his qualifying position due to an unauthorized engine change before the Indianapolis 500.

There were a couple of incidents in the session, including Scott McLaughlin who backed his Penske Chevy into the wall and had to sit out much of the only practice session this weekend.

7-time NASCAR champion and NASCAR hero, Jimmie Johnson, had a lazy Turn 3 spin, but got back out and completed 26 laps, as many as any driver. However, he finished 5.46s (Milka territory) off the pace and out to lunch.

Romain Grosjean had this near-miss and quick recovery.

REPLAY: @RGrosjean is exploring EVERY INCH of this track.