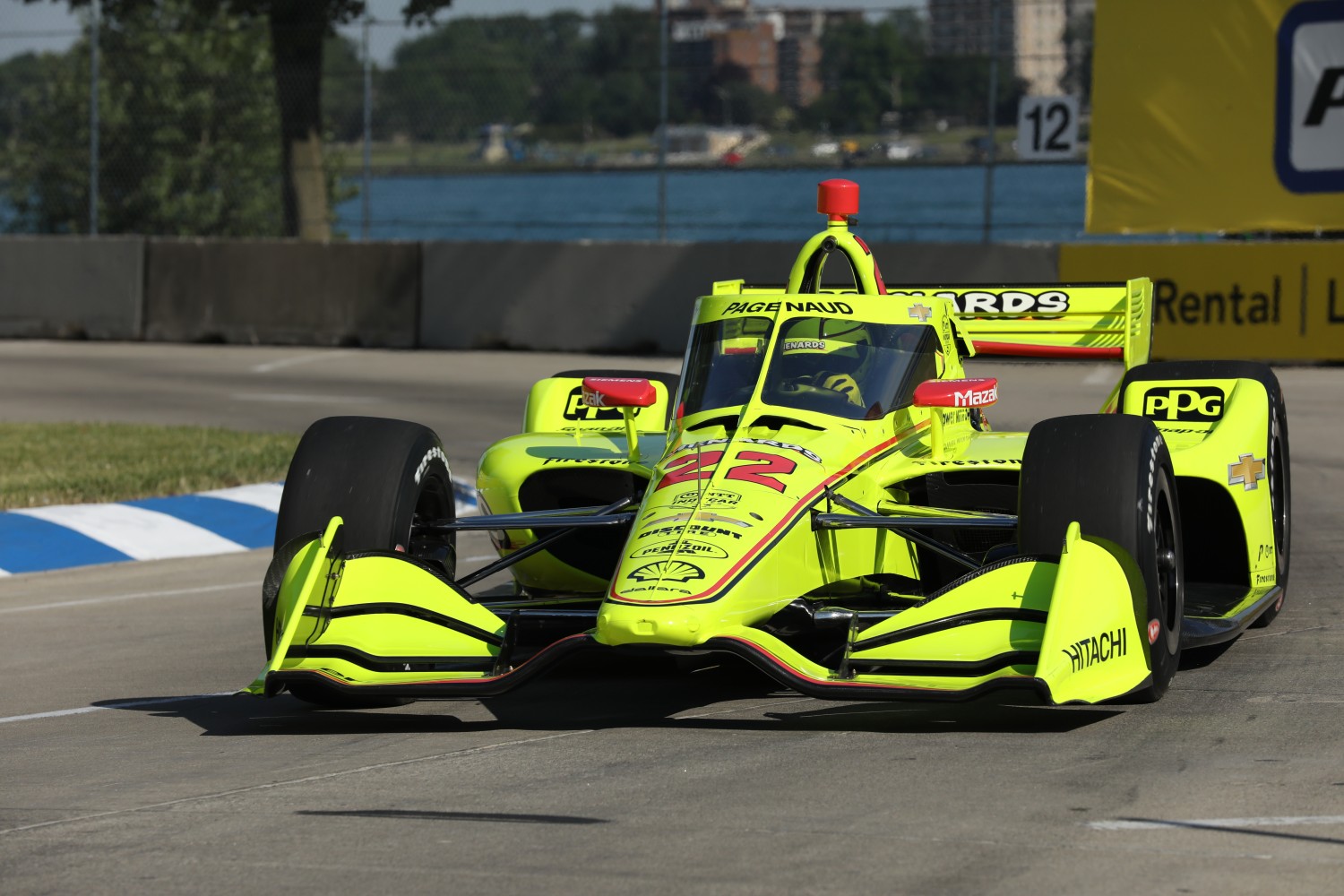 Roger Penske expects to have a four-car team again in the 2022 season.

“We’ve run four cars in IndyCar, and we can run more, or we can run less. But I think the four-car program is fair,” Penske said Friday in Detroit as teams prepared for this weekend’s Detroit GP doubleheader.

Penske said Simon Pagenaud (shown above) was not signed for next year, adding he hopes Pagenaud will continue with Team Penske.  Given he has an Indy 500 win for Penske, and how well he performed at this year’s 500, it’s likely Pagenaud will get re-signed.

The other drivers on the team – Will Power, Josef Newgarden and Scott McLaughlin – already have deals for next year.