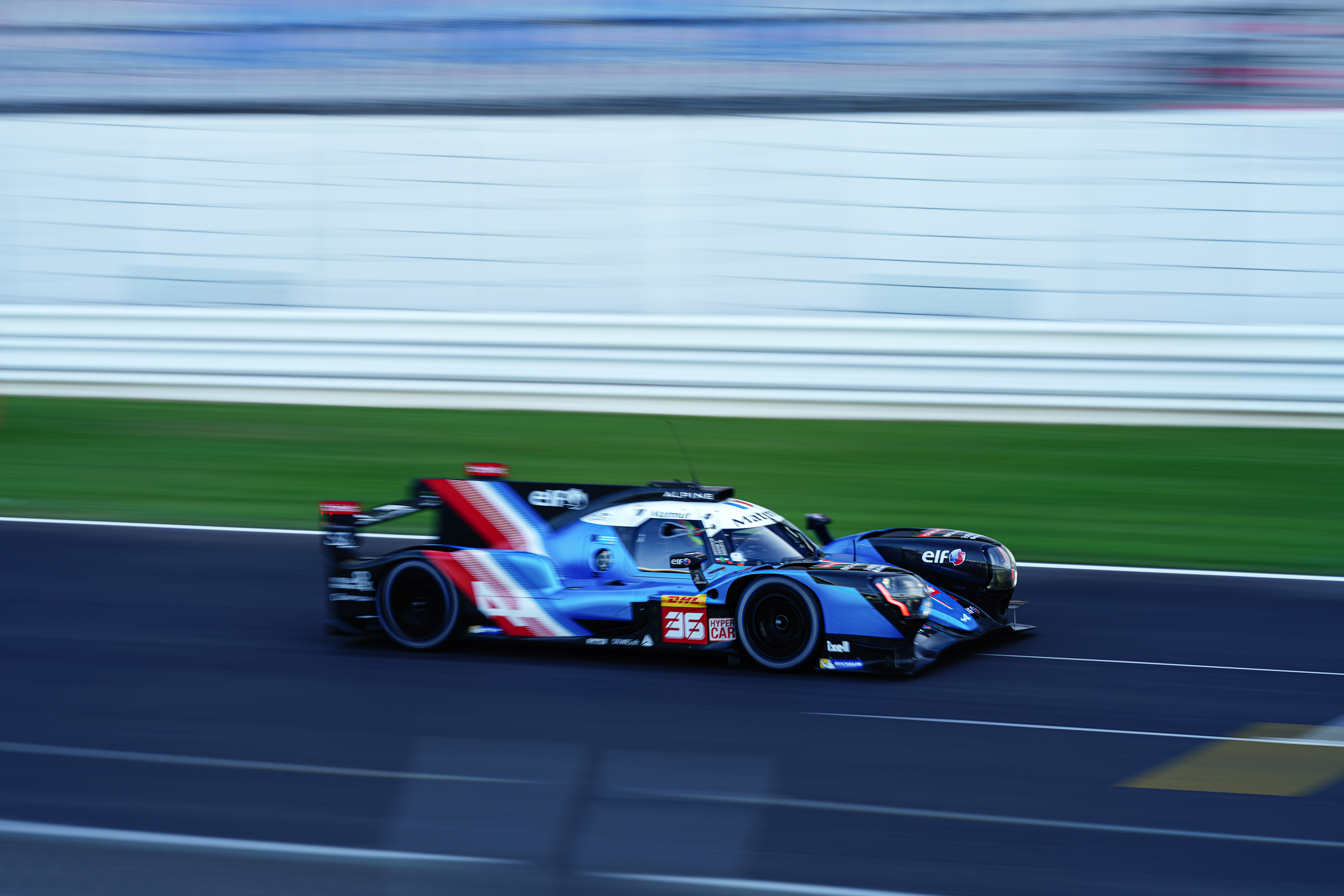 Alpine Elf Matmut claimed its first-ever overall pole position for round two of the 2021 FIA World Endurance Championship, the 8 Hours of Portimão.

Matthieu Vaxiviere claimed the top spot by less than a tenth of a second from the best of the Toyotas in the hands of Brendon Hartley.

TOYOTA GAZOO Racing will start the 8 Hours of Portimao from second and third on the grid with its new GR010 HYBRID Hypercars after narrowly missing pole position in an exciting qualifying for the second round of the 2021 FIA World Endurance Championship (WEC).

Sunday’s race is a landmark event for Toyota which celebrates its 100th World Championship sportscar start since its Group C debut in the 1983 Fuji 1000km. Following a very competitive qualifying both cars are firmly in contention for another victory in Portugal on Sunday, having already won the season-opening 6 Hours of Spa-Francorchamps last month.

The new Glickenhaus-Pipo 007 LMH ended up only 11th in the times behind seven LMP2 cars despite an improvement to 1m32.167s from Richard Westbrook on his second run.

Kevin Estre sets the fastest lap to claim second consecutive pole position with a 1m37.986 in No. 92 Porsche 911 RSR-19. Estre set two lap times that would have been good enough for pole as No.92 team continues 100% points success in 2021 so far

The No.91 Porsche driven by Gimmi Bruni starts third but No.52 Ferrari had difficult session and will start at rear of grid