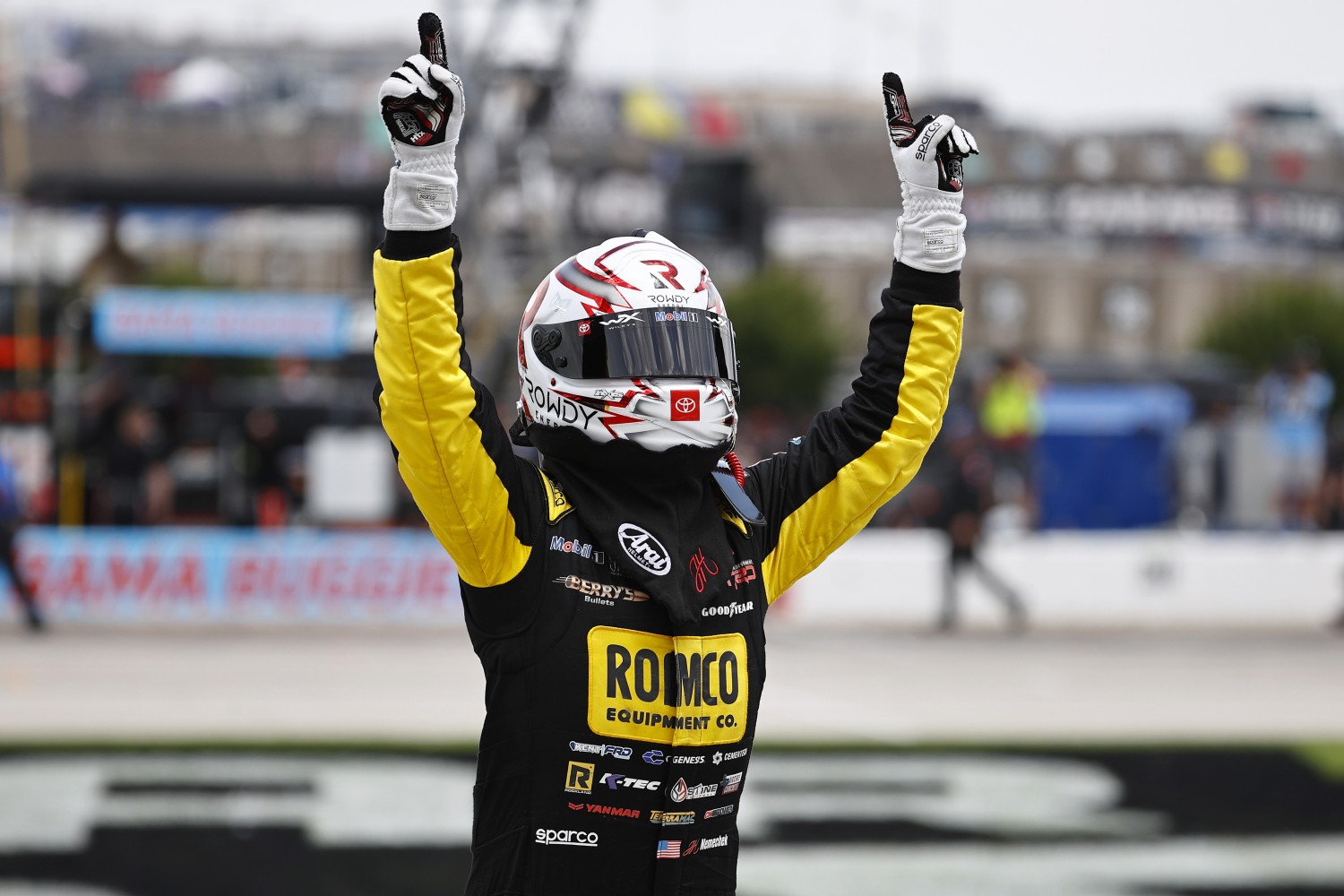 Series officials announced that Chastain’s Niece Motorsports truck failed inspection after the event. The truck violated section 20.6.2.13.a of the series Rule Book: “The throttle body must be used as supplied by the NT1 engine supplier without modification.”

Chastain was dropped to last in the 36-truck field.

FORT WORTH, Texas – A day after celebrating his 24th birthday, John Hunter Nemechek celebrated his Camping World Truck Series best fourth win of the season and first of his career at Texas Motor Speedway in Saturday’s Speedycash.com 220 – easily earning the win by a full 3.361-seconds over hard-charging NASCAR Cup Series regular Chase Elliott.

Moments after taking the checkered flag, an elated Nemechek was told to offer his sponsor audience at-track some love with a high-velocity celebration in his No. 4 Kyle Busch Motorsports Toyota.

“You don’t have to tell me twice,’’ an obviously thrilled Nemechek yelled to his crew.

While the final chase to the trophy came down to Nemechek, the reigning NASCAR Cup Series champion Elliott and another Cup regular, Ross Chastain, the win had really been Nemechek’s to lose. He earned a series best eighth stage victory (Stage 1), led a race high 65 of the 147 laps on the afternoon pulling away from the field in the last 22 laps out front.

“Unfortunately, I felt like I was in the same boat I always put myself in here,’’ said Elliott, who led 45 laps in the No. 24 GMS Racing Chevrolet.

“John Hunter got the better of me and making time when we pitted so congrats to him and that team.”

Two-race winner Ben Rhodes, who is second to Nemechek in the championship, had been running seventh with only 14 laps remaining when he had to pit after making contact with the wall. A pit penalty followed, and Rhodes ended up 27th on the afternoon – his worst showing of the season and only the second time he has finished outside the Top-10 on the year.

The continued good results and the career high season win total for Nemechek resonated deeply for the young driver, who moved to the truck series this season after racing full time in the NASCAR Cup Series last year. His work in two-time NASCAR Cup Series champion Kyle Busch’s Toyotas – a series best four wins and seven Top-5 finishes through 11 races – has given him a firm grip on the championship. His 28 Playoff points are more than twice that of any other driver in the field.

The results haven’t just been good for his title run, but a well-timed confidence boost as well.

“There’s going to be haters, people that doubt your ability, question your ability and as a person, you have to know what you are capable of,’’ Nemechek said.

“I’m not a guy that just wants to ride around and say I’m a Cup Series driver, I strive for more than that. I want to win races. I want to win championships.’’