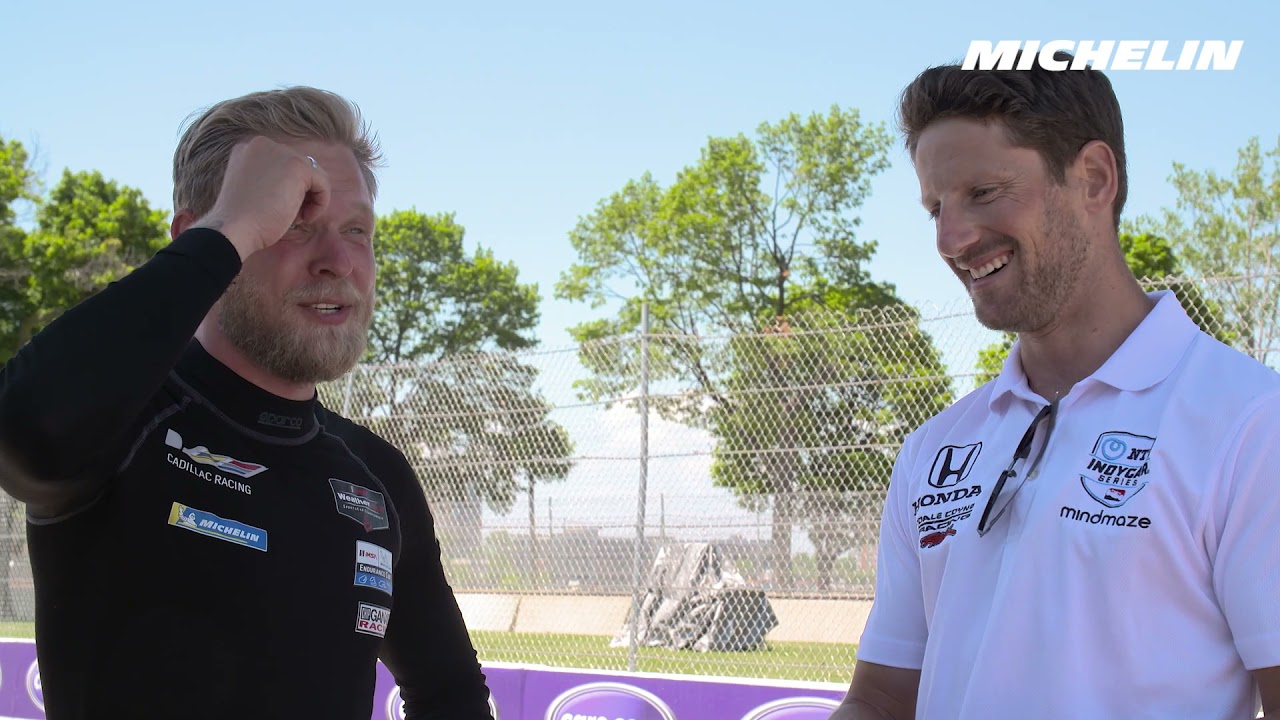 During the first of the Indycar doubleheader in Detroit, former teammates Romain Grosjean and Kevin Magnussen reminisced and caught up in a video on Michelin Racing’s Twitter page. Grosjean also manages to deliver a tasteful Pirelli joke.

“The car here is less fast, less downforce”, is how Grosjean begins the comparison between Formula 1 and Indycar, saying how much harder it is to go fast – i.e. driver talent matters in USA racing, unlike F1 where the car is 99% of the equation.

Magnussen, who currently competes for Chip Ganassi Racing in IMSA, also sees differences, especially in the handling: “Formula 1 cars, even the Haas, drove really well. So it’s not difficult to drive it.”

Magnussen not only notices a difference in handling, tire degradation is also experienced differently in other racing classes: “We don’t have degradation here in the USA,” he notes. Grosjean jumps in, with what seems like a Pirelli joke after the Grand Prix weekend in Baku: “We use Michelin, so that’s no surprise.” Of course he meant Magnussen runs on Michelins in IMSA, Grosjean himself runs on Firestones in IndyCar, both superior to Pirellis because you can race hard throughout the stint, unlike F1 which is a tire babysitting affair.