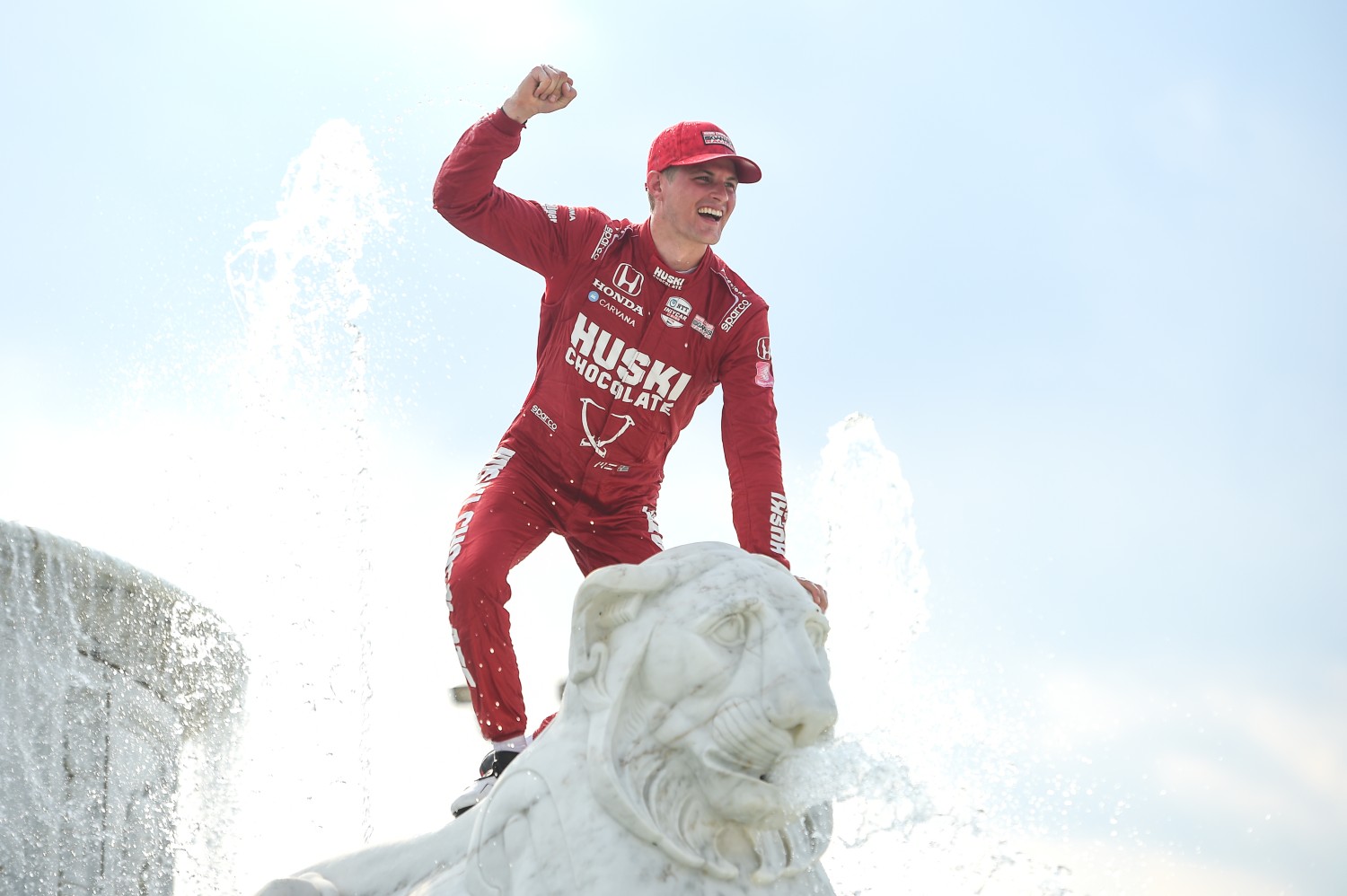 In one of the most unpredictable NTT INDYCAR SERIES seasons ever, Marcus Ericsson pulled off one of the more improbable victories in recent memory in Race 1 of the Chevrolet Dual at Detroit to earn his first career series victory.

Ericsson held off Rinus VeeKay and Pato O’Ward in a three-lap dash to the checkered flag after the second red flag of the event. Ericsson was in second place in the No. 8 Huski Chocolate Chip Ganassi Racing Honda when cars entered pit road for the red-flag period caused when Romain Grosjean crashed in the No. 51 NURTEC ODT Honda with six laps to go.