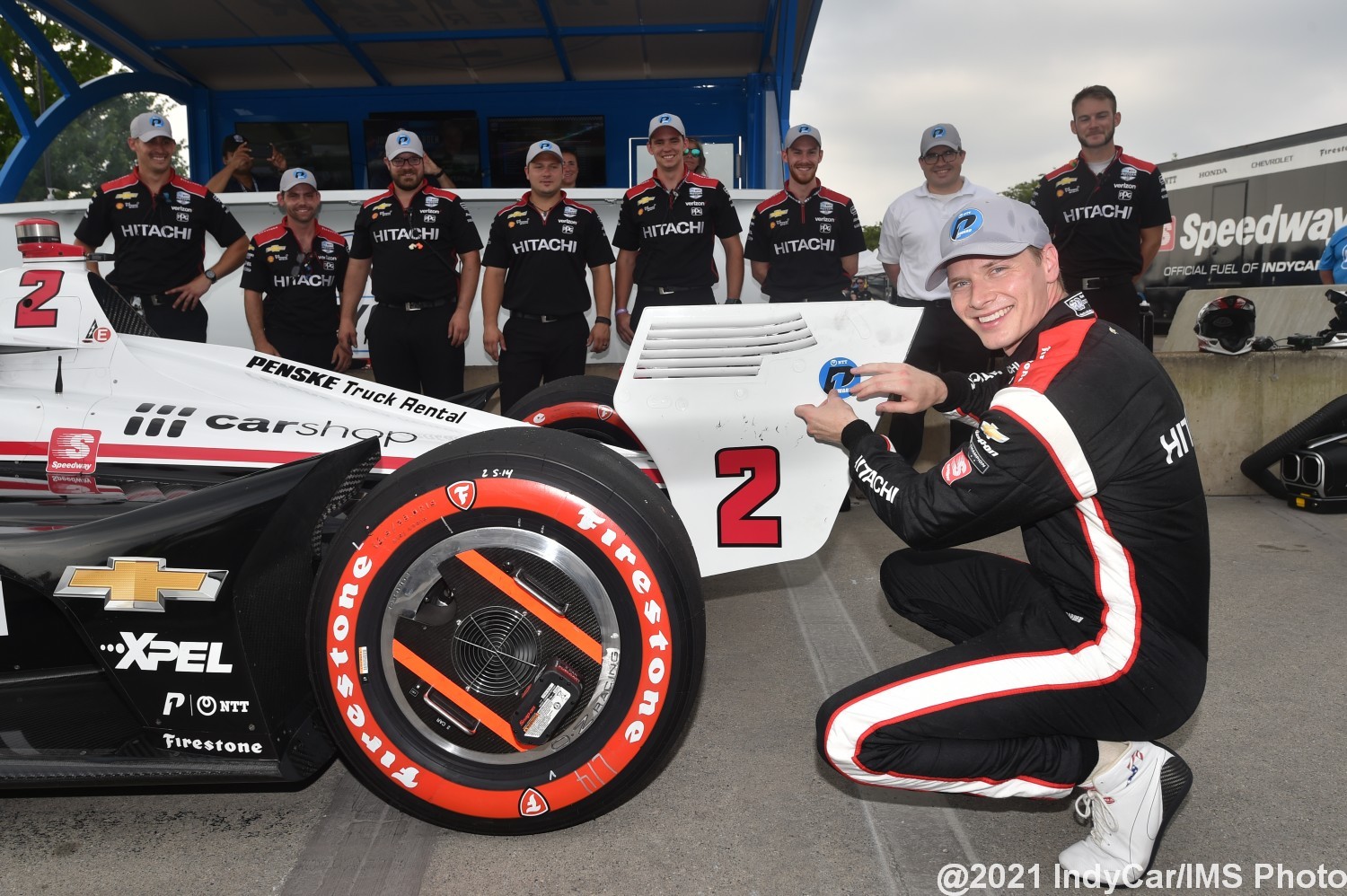 Team Penske’s Josef Newgarden turned a blistering lap of 1m14.1094s to win the pole position in his #2 Chevy by a comfortable 0.32s.

Rinus Veekay, who was a contender to win Saturday, was 3rd quick in his Ed Carpenter Chevy.

Alex Palou was 4th in the 2nd Ganassi Honda, while Romain Grosjean rounded out the top-5 for Dale Coyne Racing.

Scott Dixon will start 6th in his #9 PNC Honda.

Alexander Rossi, running near the top of the charts early in the session, ended up 1.24s off the pace when it counted in the #27 AutoNation Honda.

Right at the end of the session Santino Ferrucci, who was trying to snatch pole, crashed his #45 RLL Honda.

7-time NASCAR champion Jimmie Johnson was dead last, almost 4-seconds off the pace and again out to lunch. He’ll be a moving chicane in the race.