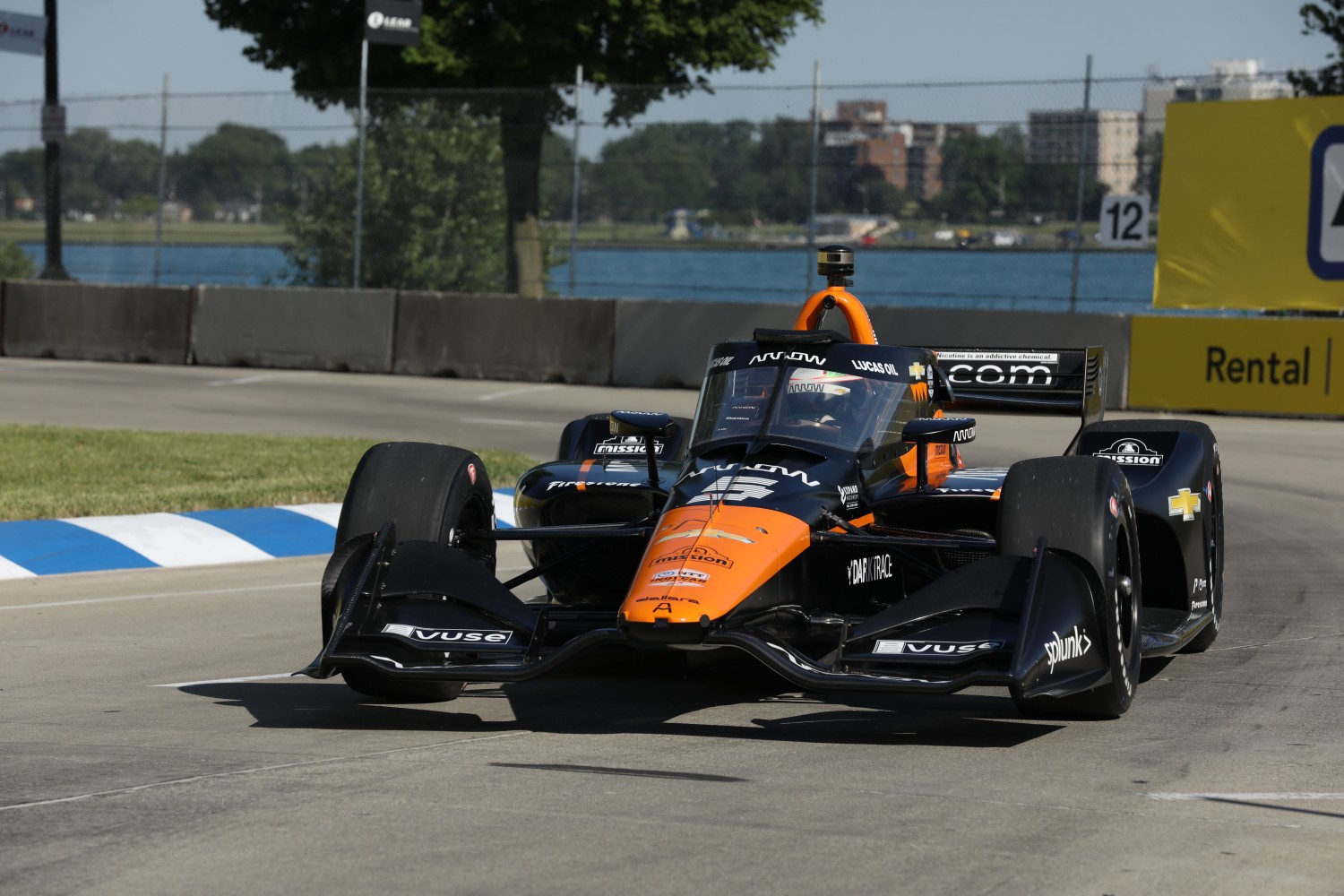 Pato O’Ward becomes the first multi-race winner of the IndyCar Series season, as he wins the Detroit Grand Prix Race 2 at Belle Isle.

Lying in fifth at the final restart, O’Ward had tremendous pace as the green flag dropped and cleared Graham Rahal and Alex Palou almost immediately, which allowed him to go after the leading pair of Newgarden and Colton Herta.

O’Ward then picked off Herta a lap later, and immediately cut down the gap to Newgarden – chasing the Penske driver down to set up a final showdown.

With three laps remaining, O’Ward smoked Newgarden’s at Turn 7, and immediately pulled away to cement victory.