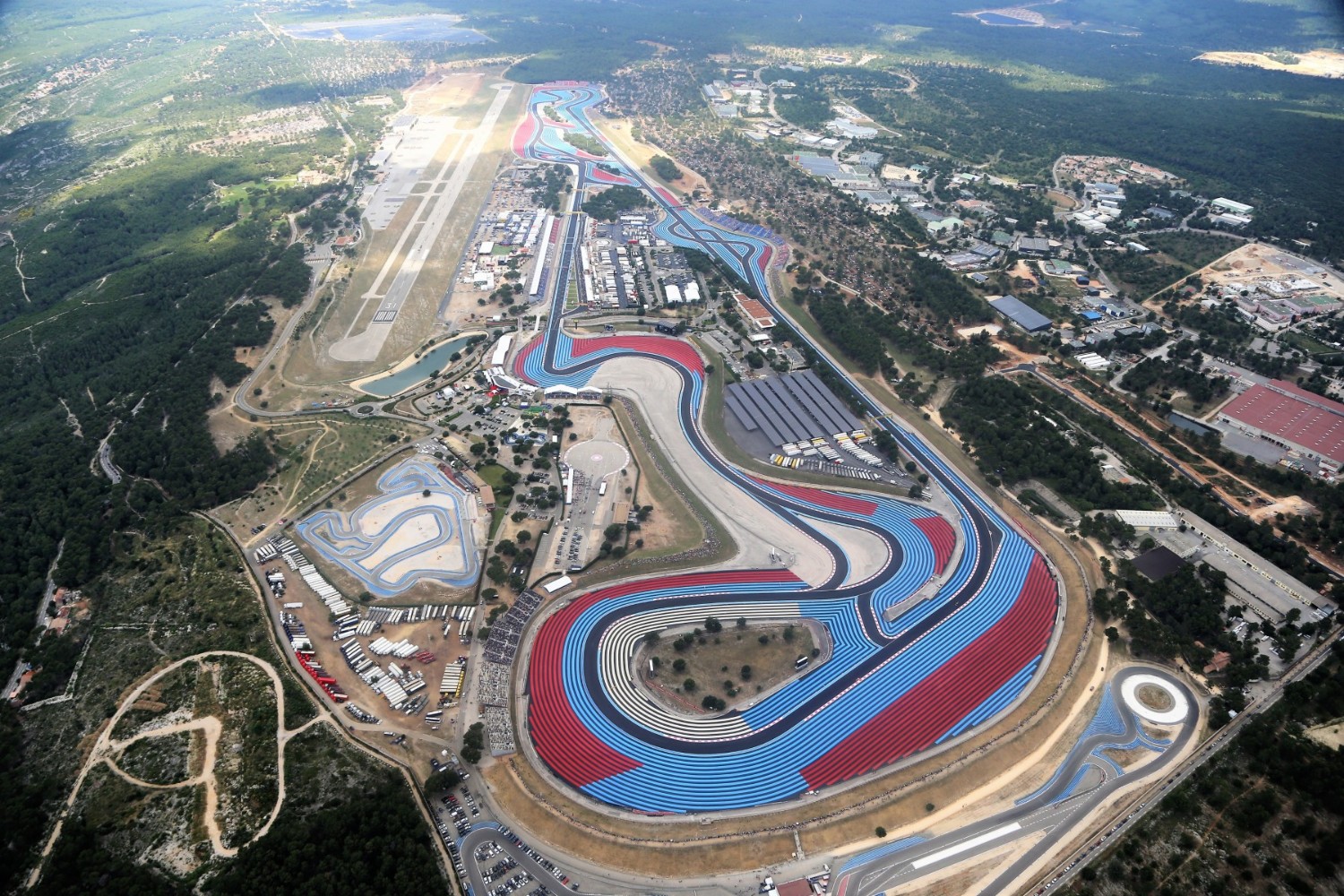 France has been a cornerstone in the motor-racing industry, playing host to the first recognized race in 1894, while 12 years later the term Grand Prix – the Grand Prize – was used for the first time in the country. These were initially spectacles that took place on public roads around France, a trend which continued through the early years of the Formula 1 World Championship, most notably at Rouen, Reims and Clermont-Ferrand.

In 1973 the French Grand Prix moved full-time to permanent circuits, alternating between Dijon-Prenois and Circuit Paul Ricard, before Magny-Cours established itself as the new home in 1991. Financial and political issues benched the French Grand Prix for nine years, surpassing even the hiatus imposed by the world wars. But, after several unsuccessful attempts at reviving the event, in 2018 it finally returned at a renovated and reprofiled Circuit Paul Ricard. 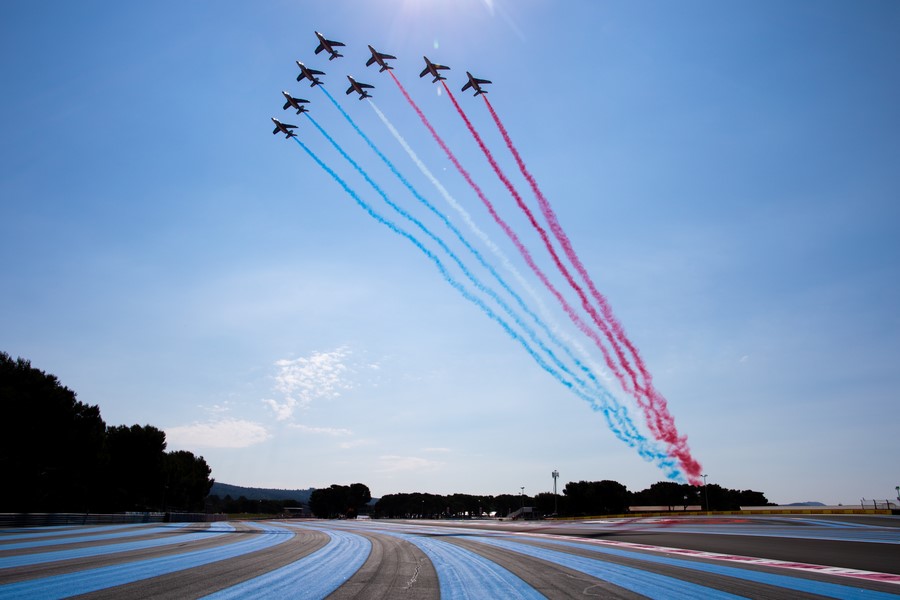 A mainstay throughout the 1970s and ’80s, the Circuit Paul Ricard has become one of the most popular circuits in the world for validating car set-up. Reaching almost 300km/h (217mph) along the legendary Mistral Straight before pulling 5G through the snaking Beausset curve, Paul Ricard is a true test of car and driver.

The venue, located between the vineyards and the lavender fields of postcard-perfect Provence, is renowned as a world-class motorsport facility. Originally renovated as a test track it has unique innovations, such as trackside sprinklers, and an expansive multi-layered run-off, with the garish red and blue stripes designed to slow cars at the expense of tire wear. There are over 150 possible layouts and Formula 1 utilizes the 5.842km Grand Prix layout, which includes the chicane along the Mistral Straight, and the awesomely fast Signes corner, taken flat out in Formula 1 machinery. Event organizers, who were forced to cancel the 2020 round due to the pandemic, are expected to welcome 15,000 fans daily this weekend.

Paul Ricard’s distinctive run-off is deceiving, as is the flat nature of the circuit, so those who underestimate the circuit will struggle to find the optimum lap time. With breath-taking high speeds and G-forces, as well as technical and challenging slow corners, hooking a lap at Paul Ricard is a test of driver and car.

After the chaos of Baku, the vast expanses of the Le Castellet circuit should provide the setting for a more regular race weekend, one that should allow the teams to unleash the performance of its cars to the fullest. With the races coming thick and fast now, the season is at a crucial junction.

Sergio Perez
I feel very, very proud. It’s a victory [Baku] that really shows the amount of work that we’ve all put in since the start of January and shows how hard work always pays off. It’s also a great boost for the whole team to know that we’ve got two cars that can fight for the championship and that we all really want to win.

Max Verstappen
The Circuit Paul Ricard is a fast track. There are a fast few corners towards the end of the lap, and you also have to be quite careful with tire degradation. There’s also a lot of run off, so sometimes it’s a bit weird because there is so much space, which is of course entirely different from the two street circuits we’ve just been to. I’m looking forward to going back there and hopefully stepping on the top step of the podium.

Dave Robson, Head of Vehicle Performance
This weekend we welcome back Roy Nissany who will drive George’s car in FP1. As usual, Roy will take an active role in our engineering program, further evaluating some of the components that we introduced in Azerbaijan. This is the first of three back-to-back races and whilst the schedule is demanding for the team, everyone is looking forward to getting the most out of FW43B at two different and iconic circuits, firstly here in France and then in Austria for the second and third parts of the triple-header.

George Russell
I’m looking forward to going back racing again. Paul Ricard is a very tricky circuit with numerous different types of corner. Turn 11 is one of the most challenging physically, both on the driver and on the car, on the entire calendar and is a joy to drive. I’m also looking forward to three races in a row, as we move onward to Austria after France, and the season really starting to hot up.

Nicholas Latifi
I’m extremely excited to get back racing again, especially after what I felt were some strong performances in Monaco and Baku. I’ll definitely be looking to keep that momentum as we move on to Paul Ricard. It’s quite a different track to those we have just been at, so I’m curious to see how the car performs around a more conventional circuit. It’s also the first round of a triple-header, so I am hoping for a good result to set the bar for the races ahead.

Roy Nissany
I can’t wait to be back in the car, it’s very addictive! Circuit Paul Ricard is a special track for me, I love the layout and have great memories from there. The last sector is usually very challenging, and I can’t wait to experience it in the FW43B.

Sebastian Vettel
“I think we’re coming into this race on a high after the success of Baku. There’s been time to celebrate, but now I’m fully focused on maintaining our momentum in France. We’ve brought home a decent points haul in Monaco and Azerbaijan, and we need to keep up the consistent form in what is proving to be an extremely close midfield battle this year.”

Pierre Gasly
It’s come at just the right time, as we now have my home race at Paul Ricard. Everyone in France is getting very excited. There is a lot of enthusiasm and strong expectations for the rest of the season. The performance level we have demonstrated definitely makes us keen to see what we can produce in the coming races. We will tackle this weekend with the same approach as before. To be honest, I’ve not done anything special at Paul Ricard in the past. In my first F1 race here I collided with Ocon and had to retire on the opening lap and in 2019 it wasn’t a fantastic weekend and I ended up tenth. Actually, Baku was another track that had never gone well for me until this year, and so I’m hoping we can follow the trend and change that this weekend also. The circuit is quite special with plenty of run-off areas, unlike the last two tracks, so the risks are not as high, but it is still quite complicated and technical because there are some types of corner here that you find nowhere else, in particular the Beausset corner in the final sector, the very long right-hander followed by the left. In terms of the car, clearly our first job will be to work out the best set-up for this unusual layout. I’ve heard the organizers are allowing 15,000 spectators per day to attend, which is great as I was really hoping that fans would be there for my home race. It’s important to be able to share the weekend with them and it’s significant as it will be the first time I will race in front of a home crowd as a Grand Prix winner, after my victory in Monza last year. It’s going to make it very special, so I’m feeling a bit impatient to experience that. And the podium in Baku has caught people’s attention, so I have had plenty of media interest to deal with. I don’t want to burn out before the weekend begins, so we are trying to manage it as well as possible.”

Yuki Tsunoda
“Before Baku I had a couple of difficult race weekends, so the result there was a good feeling. Compared to previous races, my preparation was much better than normal and right from FP1, I felt ready. The week before Baku I moved to Italy, spending most of the time in the factory, studying our approach to race week and looking at previous issues with the car. We decided to take a little bit of a different approach to the race week and have more conversations, and that worked well. In qualifying, I made Q3 for the first time and overall, I think we have established a new baseline for how to approach a race. The overall result was okay, I’m quite happy, even if it was a shame I lost a place after the restart. Since Azerbaijan, I have been back in Italy. The weather and the food are good, and I can spend more time in the factory talking to the engineers. To move to Italy was the right decision and something really positive for me, although it does mean I have to travel back to the UK for simulator sessions. As for the next round, I have raced in Paul Ricard twice before in Formula 3, which means it is a different situation after Portugal, Monaco and Baku which were all completely new to me, and that will be a positive factor. Ricard will be different in a Formula 1 car and Sector 3 will be key to the lap, with tire degradation maybe being an important factor. It’s quite a flat track and, unlike the last two races, there are no walls! There are massive run-off areas, so I don’t have to be as cautious in my approach as I find the limit. Set-up wise it will also be very different to Azerbaijan where our car worked really well, as there are no low speed right-angle corners. It is a completely different track in every way. I am looking forward to it and hope I can finish in the points again.”