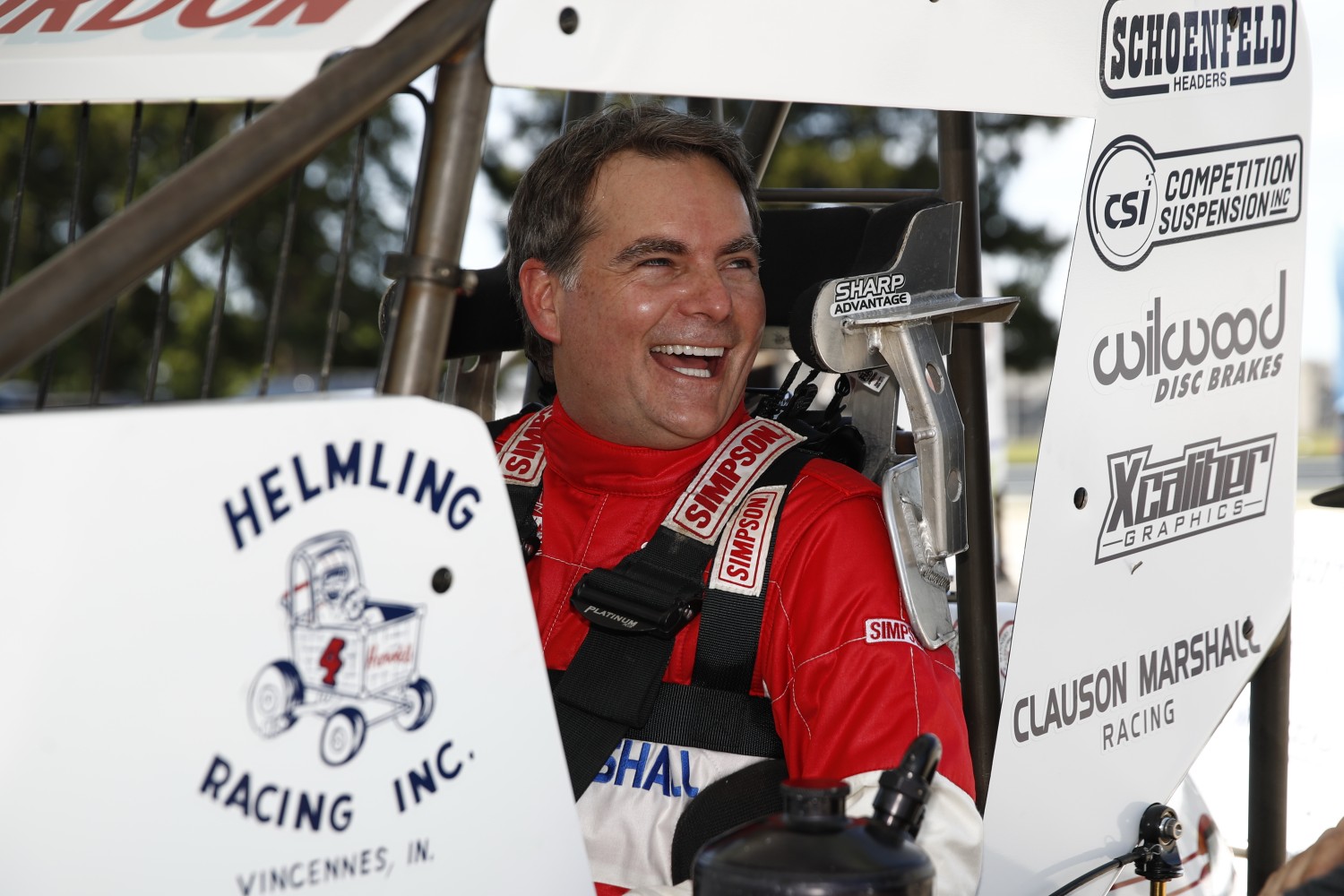 NASCAR Hall of Fame driver Jeff Gordon traveled back in time Thursday at Indianapolis Motor Speedway, revisiting his racing roots by driving exhibition laps in a United States Auto Club Midget car for the first time in 30 years at the place that turned him into a household name.

In a moment he said was unreal, Gordon drove a Clauson-Marshall Racing USAC Midget car at The Dirt Track at IMS in celebration of his storied career and to offer a preview of what’s to come Aug. 18-19 in the Driven2SaveLives BC39 Powered by NOS Energy Drink.

“I feel like I’ve gone back 25 years in my youth,” Gordon said. “It’s been a long time since I was that excited to get behind the wheel of a race car. I can’t believe I waited this long to get back on dirt in a midget. In another way, I’m very excited that I waited, because it’s a cool event, it’s a great track, and it just made it very special for me.”

Gordon’s original Diet Pepsi car that he drove for Helmling Racing Inc. was also at The Dirt Track at IMS, exactly like he left it in 1990. That car is the only car in the history of midget racing to win The Night Before the 500, the Hut Hundred, the Belleville Midget Nationals and the Eldora 4-Crown Nationals. 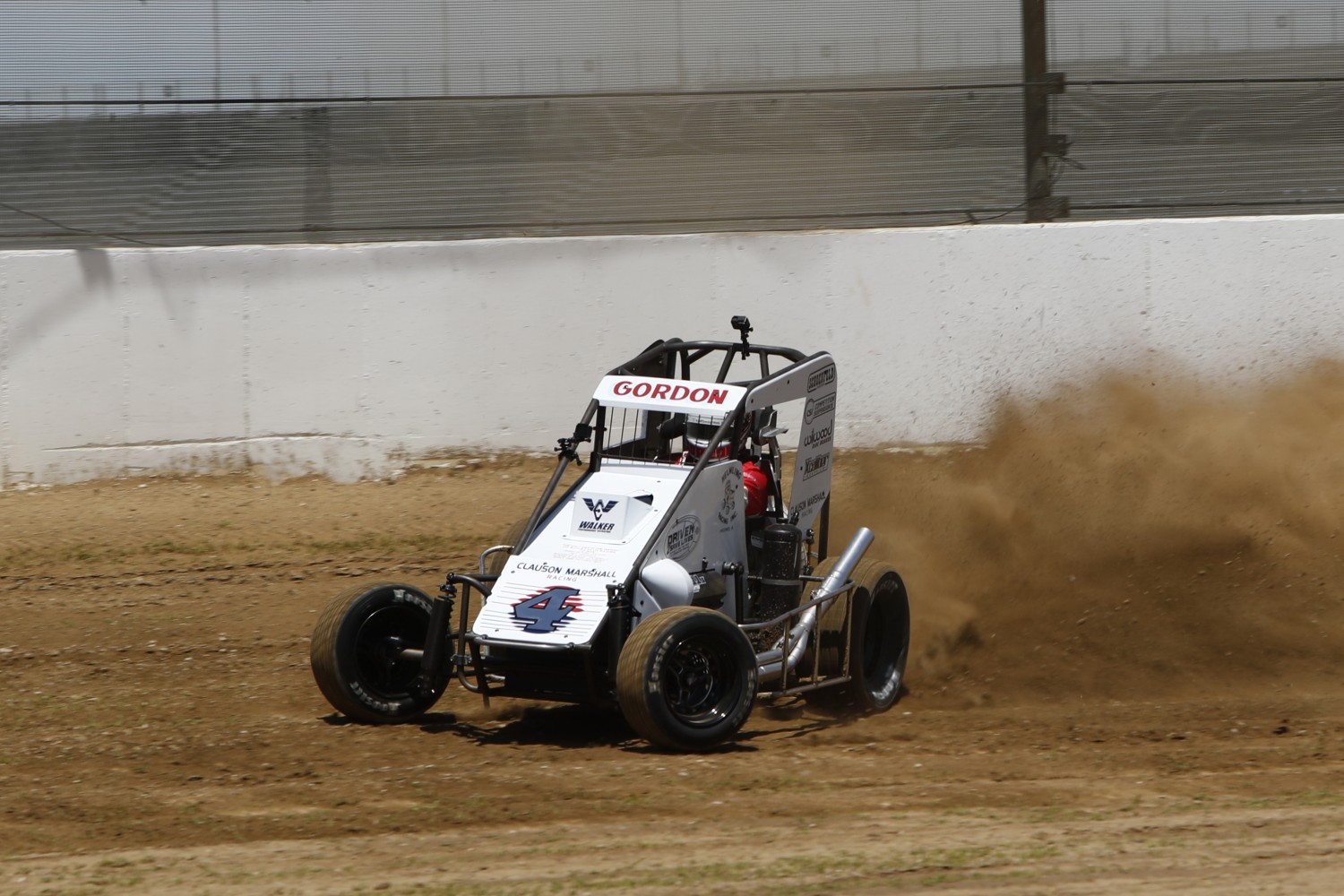 Four-time NASCAR Cup Series champion Gordon reminisced with former car owner Rollie Helmling about their dominant USAC days before hopping in the white No. 4 car. Gordon took it easy the first few laps, but he quickly fell back into his competitive element and floored it off Turn 4.

In classic dirt racing fashion, Gordon drifted the car into the corner and worked the wheel like he did 30 years ago in competition, showing why he is one of the greatest race car drivers of all time.

Gordon, 49, parked the car after his first 10-lap run, let out an emphatic cheer and clapped his hands in awe of the exhibition laps he just turned. After he exited the car, Gordon again cheered with excitement, beaming with the energy of a driver who had just won their first career race.

“Something about this place is just magical for a lot of people, but for me, in particular,” Gordon said. “It’s always been that way from the time I came here and just went through the IMS Museum before I was even able to drive a race car around this track, to the first time I did drive a race car here. 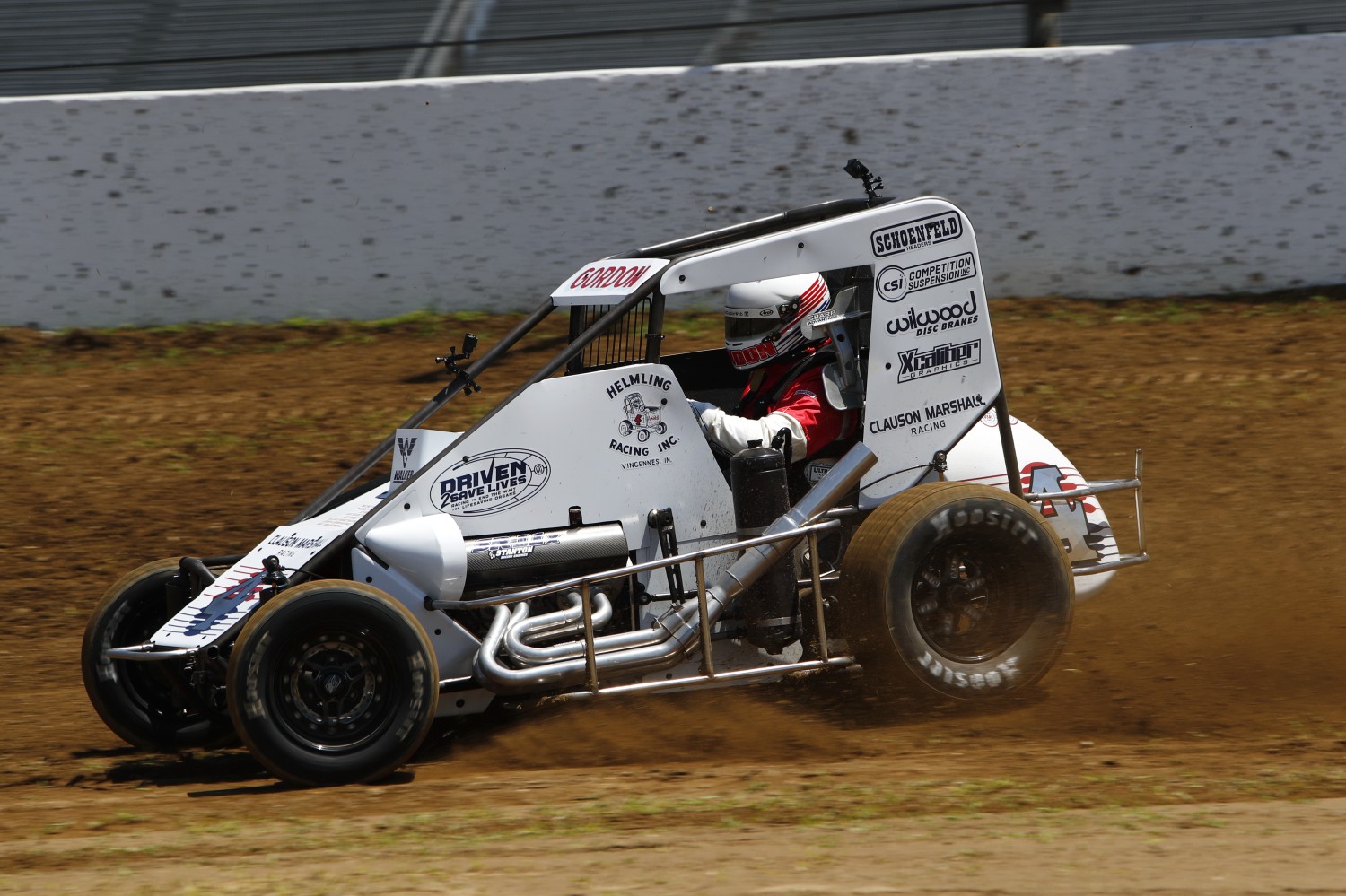 It was a special moment for the adopted Hoosier, who moved to nearby Pittsboro, Indiana, from his native California at age 15. Gordon experienced much success at the Racing Capital of the World in his NASCAR career, winning the Brickyard 400 a record five times, including the inaugural race in 1994.

Gordon said his USAC Midget exhibition laps rank near the top of the long list of accomplishments he has achieved at IMS, which also includes a NASCAR-Formula One ride swap with Juan Pablo Montoya in 2003 on a previous configuration of the IMS road course.

However, Gordon had never turned laps on The Dirt Track at IMS, which was built before the first running of the Driven2SaveLives BC39 Powered by NOS Energy Drink in 2018. The race honors Bryan Clauson and the Driven2SaveLives campaign through the Indiana Donor Network, which aims to end the wait for lifesaving organ transplants. 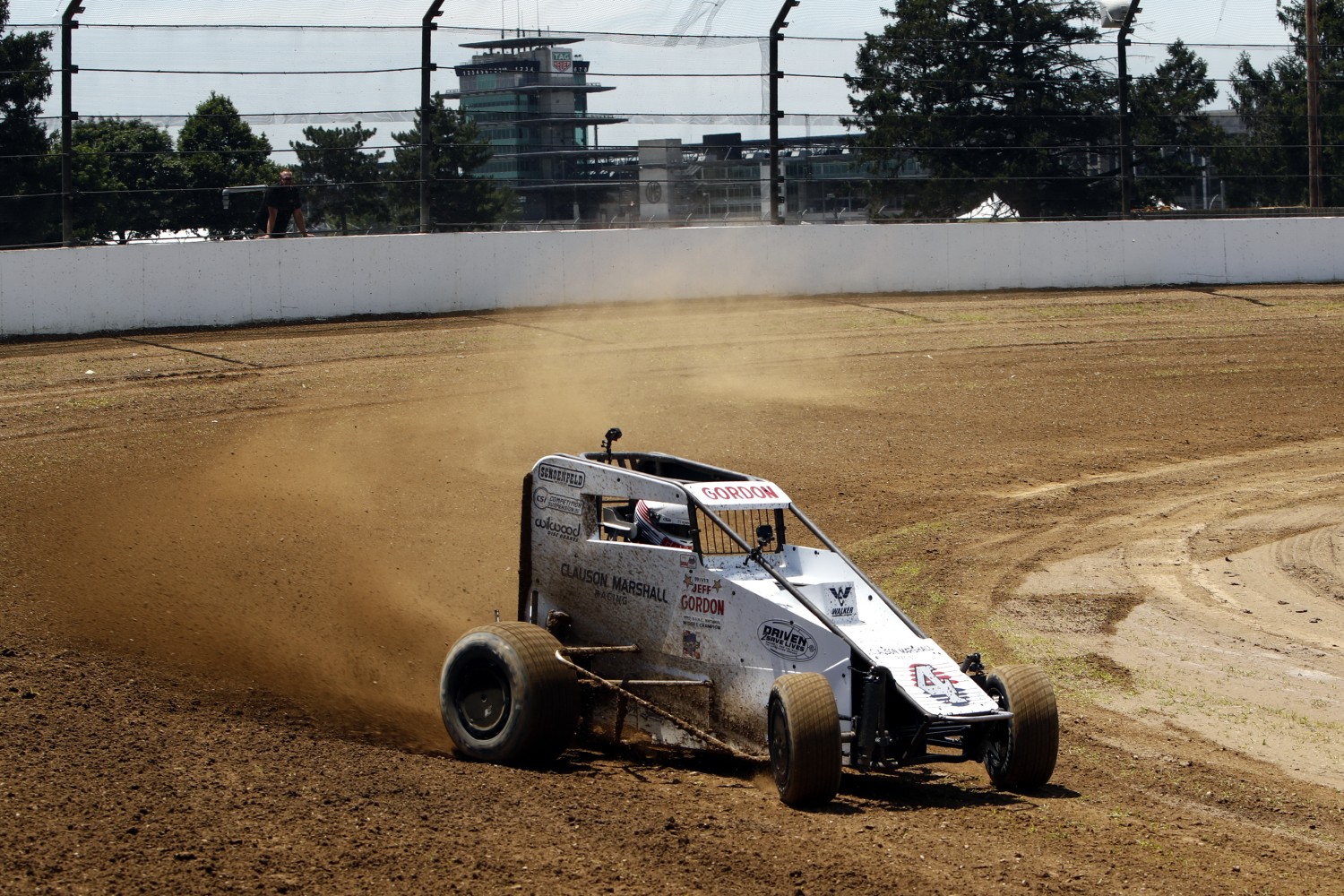 “I’ve not had many bad days at Indianapolis, but this is going to go toward the top,” Gordon said. “From my first time racing here in the Brickyard 400, of course, the wins are memorable, but the F1 ride swap and then this is right up there with it.”

Gordon, a 93-time NASCAR Cup Series winner, was also joined by his mother and stepfather, Carol and John Bickford. Gordon’s parents were extremely influential in getting his racing career started, putting him in a quarter-midget car at age 5, setting him on a course to become one of NASCAR’s all-time greats.

Gordon’s throwback day was only getting started on The Dirt Track at IMS. Thursday evening, Gordon, his parents, Helmling and others who helped him achieve massive success will head to Thursday Night Thunder Homecoming at Lucas Oil Raceway. Gordon experienced much success at Lucas Oil Raceway and in nationally televised Thursday Night Thunder races, which helped elevate him to a national stage and set him on course for a NASCAR career.

“I’m so thankful to Tim Clauson and Doug Boles for talking me into doing this,” Gordon said. “I put it off for way too long. I get offers every once in a while to run midgets or sprints, but I kept turning them down. I’m so glad I didn’t turn this opportunity down because that was the most fun I’ve had in a long time.”

Visit IMS.com/BC39 for more information about tickets for the Driven2SaveLives BC39 Powered by NOS Energy Drink on Wednesday, Aug. 18 and Thursday, Aug. 19 at The Dirt Track at IMS.