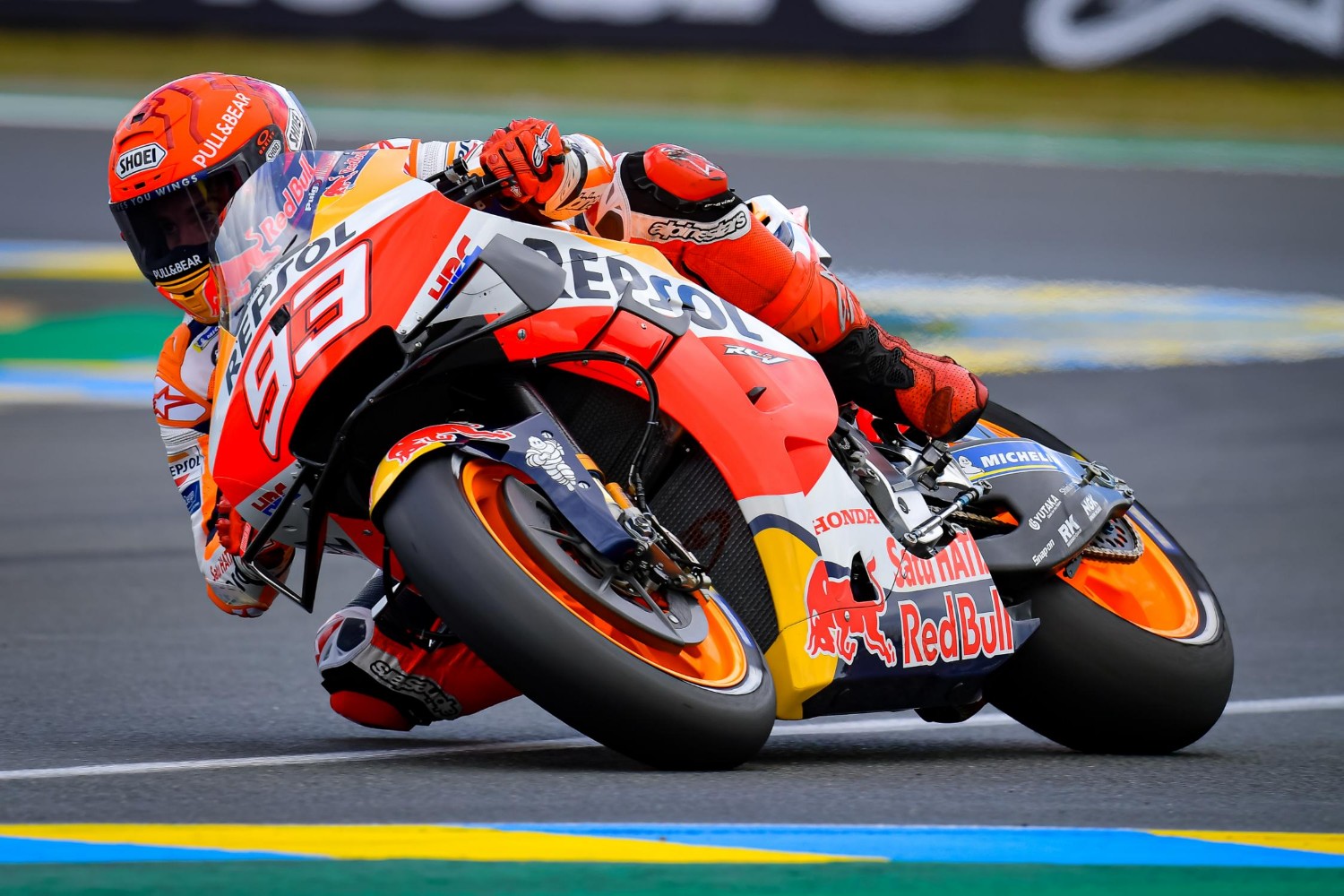 Honda MotoGP rider Marc Marquez dominated the opening practice session ahead of the German Grand Prix at the Sachsenring with championship leader Fabio Quartararo second despite a high-speed crash. Quartararo initially appeared to have hurt his right shoulder, but was able to re-join the action soon after.

Marquez, whose streak of consecutive wins at the Sachsenring stretches back to 2010 in the 125cc class, expected on Thursday this weekend’s German GP to be his first of the season “without physical limitations”, and backed this up in the early stages of FP1 by going top with a 1m22.348s.

Quartararo ultimately wound up best of the rest, 0.168s behind Marquez, having broken up a Honda 1-2-3 that had been propped up by LCR’s Takaaki Nakagami and Marquez’s works team-mate Pol Espargaro.

Three Hondas inside the top four made it a promising opening session of the weekend as Pol Espargaro (Repsol Honda Team) recovered from a Turn 3 crash inside the first ten minutes to finish fourth.

There was drama in the opening ten minutes for Jorge Martin (Pramac Racing), who crashed at Turn 12, but he returned to the circuit.

The King of the Ring back down to business! 👑@marcmarquez93 ends FP1 on top! 💪#GermanGP 🇩🇪 pic.twitter.com/ZovMFtMrkZ