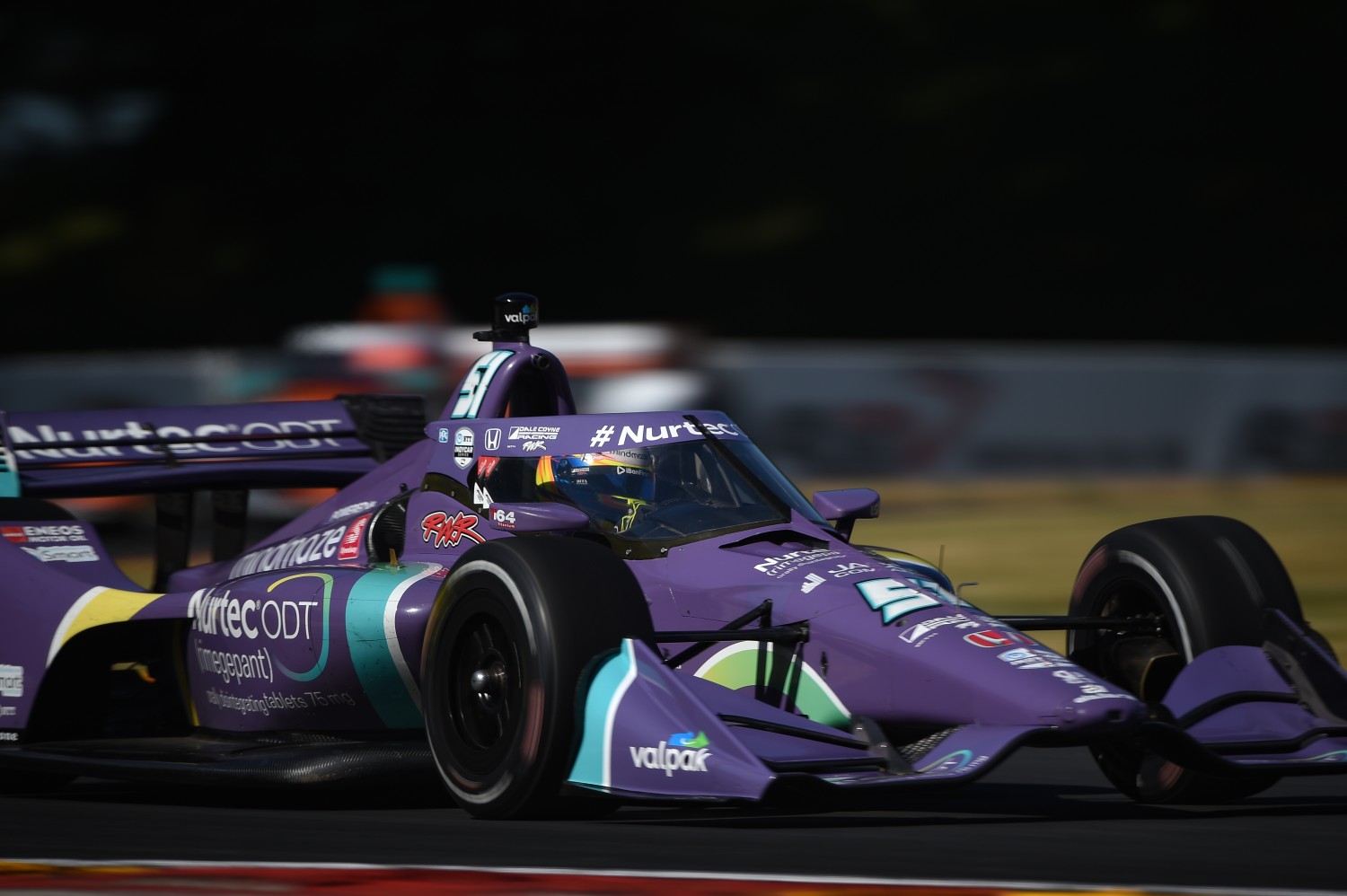 Rookie Romain Grosjean, driving the #51 Dale Coyne Racing Honda, turned a lap of 1m47.6781s to top opening practice for the Rev Group GP of Road America. The time is 8 seconds slower than the lap record of under 1m39.866s in the CART IndyCar era 21 years ago by Dario Franchitti – when the cars were real race cars.

Ryan Hunter-Reay was the fastest most of the session in his #28 DHL Honda, but was nipped by 0.1243s late in the session by Grosjean.

“It’s a good start,” Grosjean said. “The track is very different from when we came testing. I think we’ve got some work to do on setup. We managed to get a good lap in at the end. That’s good for the race weekend.”

Josef Newgarden was the fastest Chevy driver 0.16s behind Grosjean in his Penske Chevy.

Alexander Rossi, who won at Road America two years ago, could not even make it into the top-15, ending up 16th and out to lunch.

“I’ve got one of the most talented groups on pit lane, which is why it makes this so painful and frustrating, for all of us. We’ve worked hard to keep the continuity,” Rossi said.

Well if it isn’t his group/team, then the driver must look inward.

Magnussen is substituting for Felix Rosenqvist, who was not cleared to drive at this event by INDYCAR medical officials after a heavy crash last Saturday in Race 1 of the Chevrolet Dual at Detroit.

Another pinch-hitter, Oliver Askew, impressed in his second new ride in as many weeks. Askew was ninth at 1:48.3000 in the No. 21 Direct Supply Chevrolet fielded by Ed Carpenter Racing while substituting for Rinus VeeKay, who suffered a broken clavicle in a cycling accident Monday.

2019 Indy Lights champion Askew substituted for Rosenqvist for Arrow McLaren SP last Sunday in Race 2 at Detroit, placing 25th in an early exit due to mechanical problems during his first start of the season.

“I think the weather is going to be changing here, so we just need to adapt to that,” Grosjean said. “As a rookie, I don’t know what that means for the car. I guess you find out.”