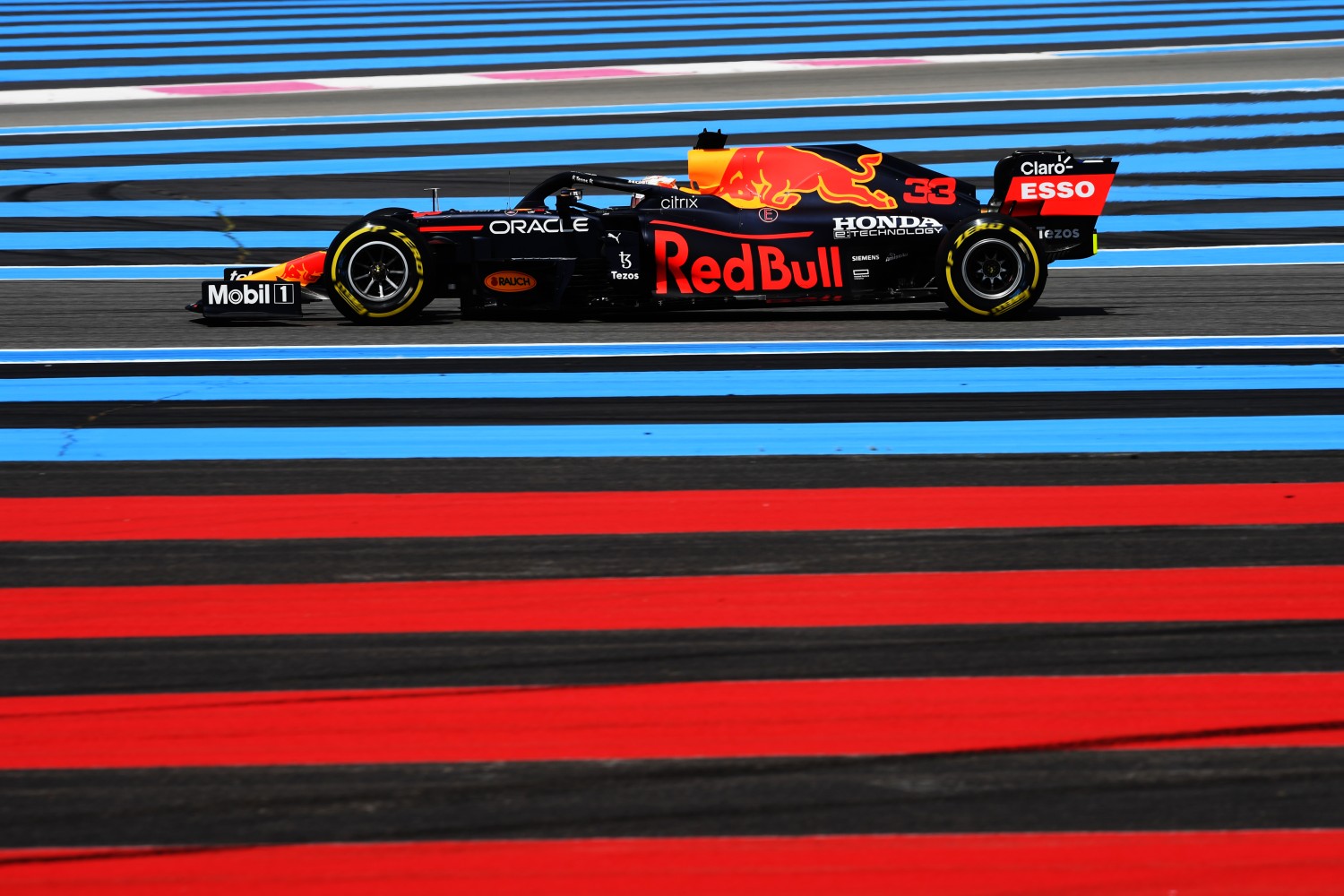 Red Bull’s Max Verstappen turned in a stunning lap of 1m31.300s to top the final practice for the French GP at Paul Ricard by 3/4s over the Mercedes of Valtteri Bottas.

The Dutchman, having been evenly matched with Bottas in the early part of the session, laid down a mega lap late on to grab the top spot by a staggering 0.747s. The Finn was left trailing in his wake.

Carlos Sainz Jr was 3rd quick for Ferrari 0.895s back and essentially out to lunch.

Verstappen’s teammate Sergio Perez was fourth and the Paul Ricard dominator, Lewis Hamilton, only fifth, no longer with the superior car.

The reigning world champion is driving Valtteri Bottas’ car from the earlier races this year and is learning just how bad a chassis Mercedes gave Bottas for all those races as he sits 0.966s off the pace and scratching his head, and only narrowly ahead of the McLaren of Lando Norris in P6.

The Alpines had lit up the timing screens yesterday, but slipped back slightly on Saturday morning, Fernando Alonso heading teammate Esteban Ocon in P7 and P8, with AlphaTauri’s Pierre Gasly and McLaren’s Daniel Ricciardo rounding out the top 10.