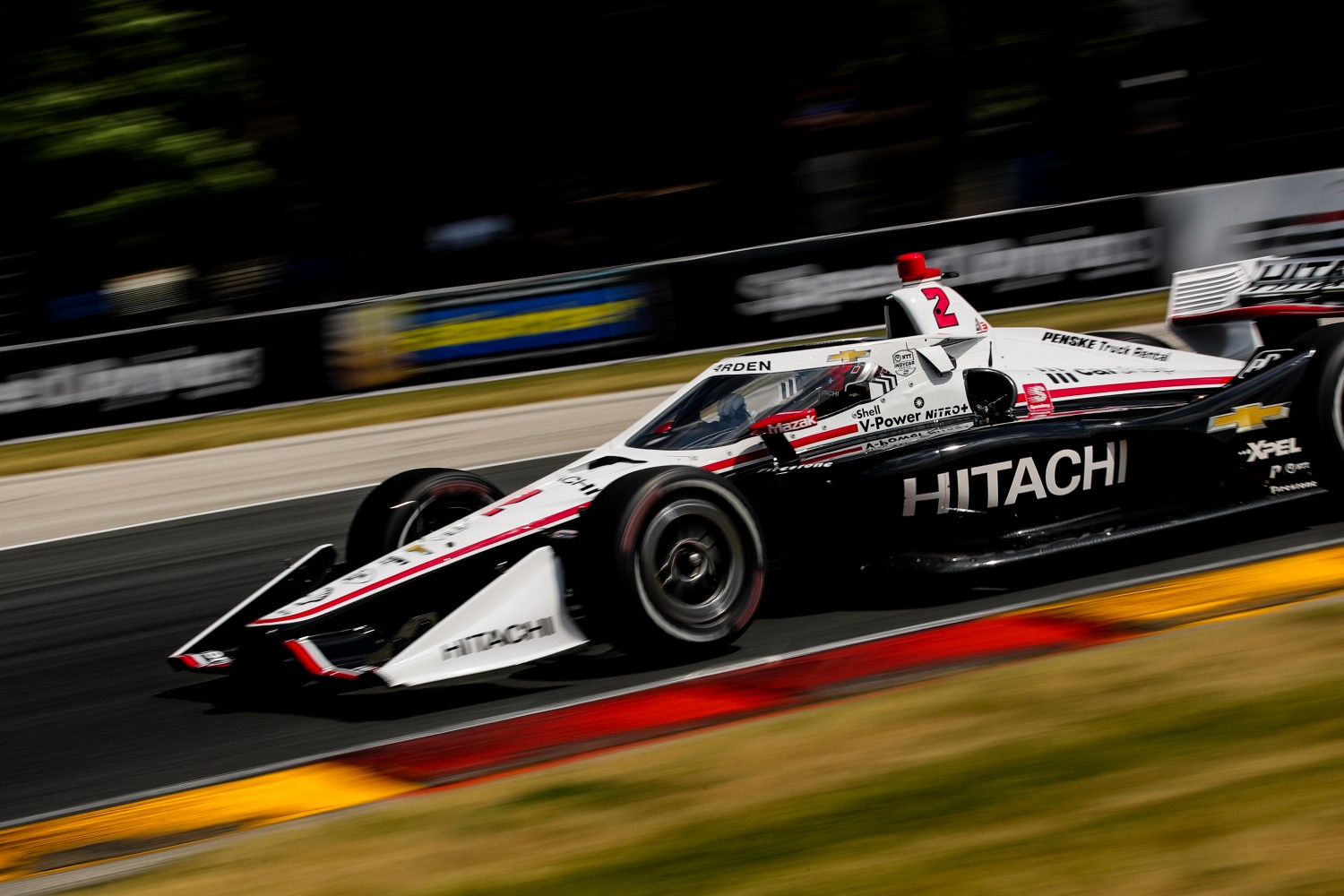 Good morning from Elkhart Lake, Wisconsin.  Although the sun is shinning at the moment,  the weather may change for the Rev Group Grand Prix at Road America.  Temperatures are predicted to be in the mid 70s with rain predicted to start falling sometime early afternoon.

Tire degradation is the hot topic for this weekend.  Drivers are not seeing the tires holding up for more than a couple of laps.  And this includes the primary black tire and the alternative red tire.  We might see more four pit stops strategy today.

Firestone Racing has brought the same construction for both type of tires that was used at Road America in  2020.

The pole sitter, Josef Newgarden,  lost the Detroit Race 2 last week after leading 67 laps due to used up black tires for the final seven laps of the race.  “Just like the Detroit situation.  Very exciting race at the end because people were struggling to get tires up to temperature.  I was running out of tire life.  It just creates excitement for the fans.”

“It’s not fun to drive necessarily.  It’s easier when the tire is really consistent.  But when you get that separation with good and bad cars on tire life, it’s exciting to watch.  I think you could have that type of storyline for today.”

Colton Herta, the Andretti Autosport #26 entry,  qualified second for today’s race.  The 21 year old commented about the tires.  “There might be some people that really struggle with deg.  Who knows, it could be a four-stop.  Ever since they put in the two pit speed limiters, the 90 miles an hour down to 45, pit lane has gotten a lot quicker.  You don’t lose much time.”

“It’s surprising, too, because even the black tires don’t seem to be so good with deg this weekend, too. There is deg at a similar rate of deg with the reds.”

Of course, if the rain does start during the race, all things will change depending on the amount of water on the track.  So it might not matter if you are on blacks or reds.

Race time is scheduled for green flag at 11:45 am CDT on NBCSN.