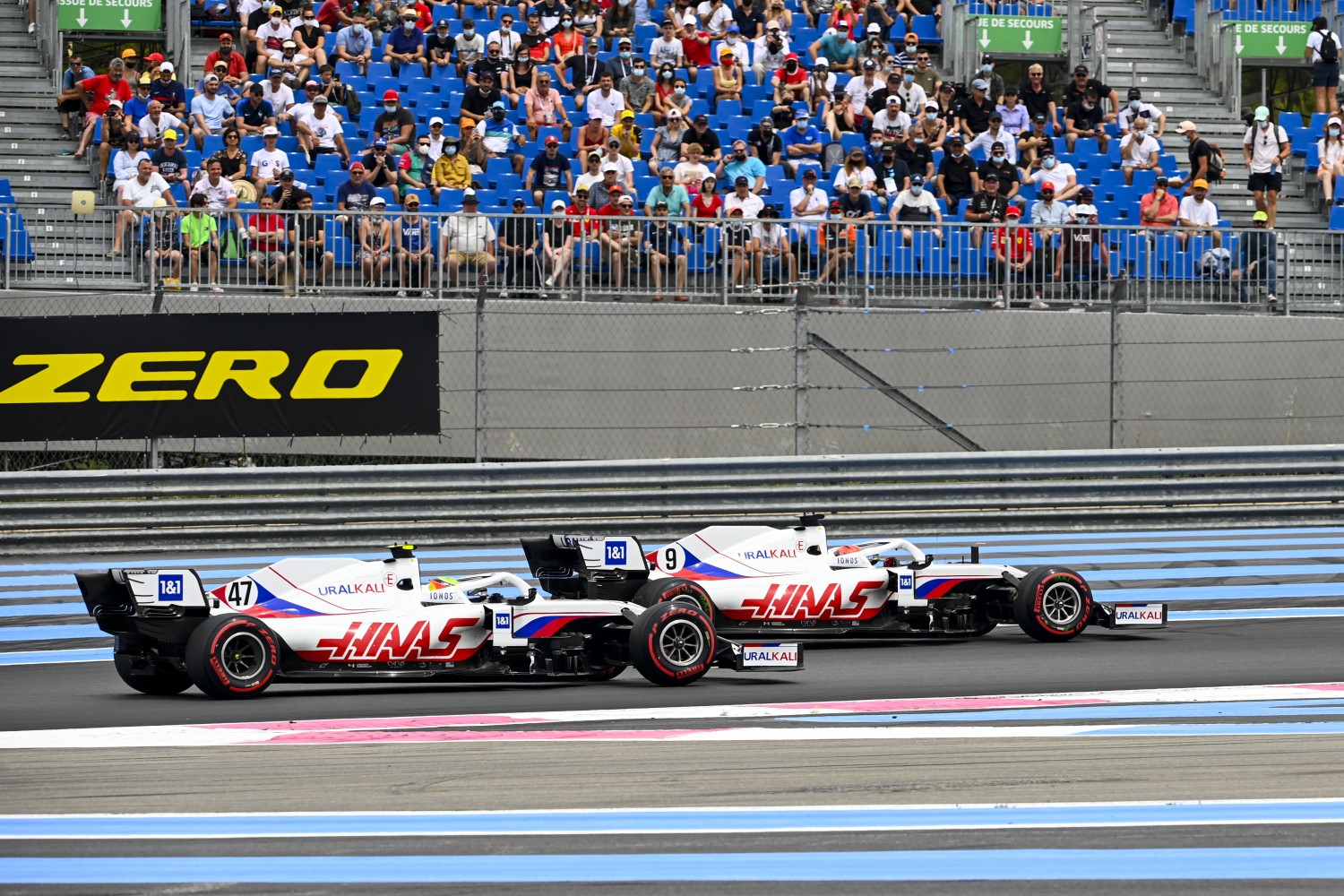 (GMM) Mick Schumacher has vowed to “talk to the team again” about Nikita Mazepin’s aggression, whilst vowing to use his “elbows” in their next wheel-to-wheel scrap.

Fresh from their last-lap incident at Baku, Schumacher says his controversial fellow rookie and Haas teammate Mazepin pushed him off the circuit during the French GP.

“I think I need to talk to the team about it again,” Schumacher, 22, told German media at Paul Ricard.

“He is also quite open about talking about it, so I guess that’s his style. At that level, we don’t quite get along.

“In the end we may all have to extend our elbows.”

Ralf Schumacher, who is Mick’s uncle, said it is obvious as the season progresses that the pair “aren’t going to go on vacation together”.

“I must say that I see only one explanation – that Nikita is absolutely overwhelmed with his emotions. At some point, the team boss has to say something, even if Mazepin’s father pays most of the bills,” he added.

Team boss Gunther Steiner smoothed the waters after the high-speed Baku near-miss, and now he is also playing down the latest incident.

“I looked at it and spoke to both of them,” Steiner said. “It was racing. It wasn’t unfair or anything.

“You can see that the gap between the two of them is narrowing, which is not always the ideal scenario for things like this. It happens because they are closer together on the circuit.”