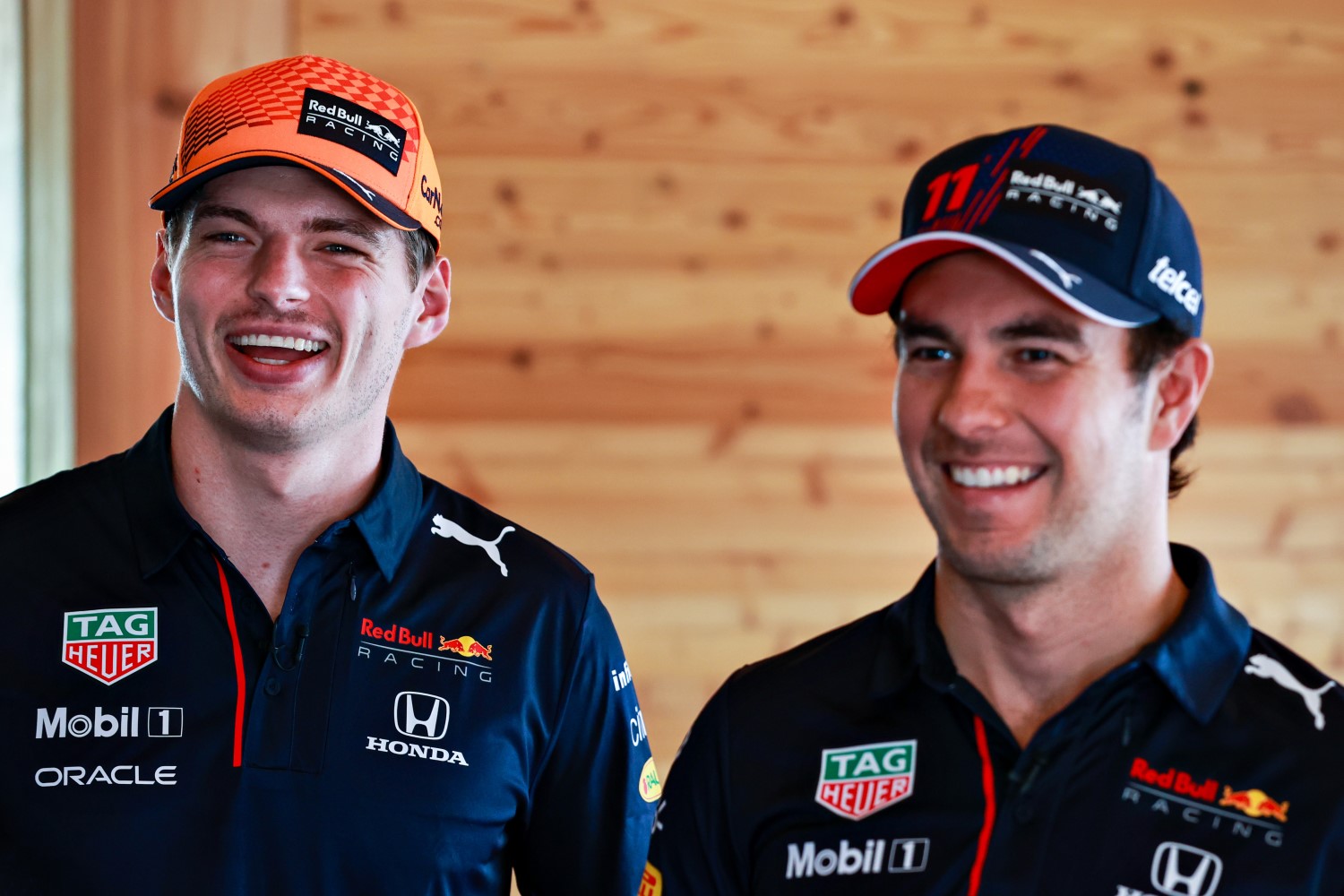 (GMM) Red Bull’s driver lineup appears all but set in stone for 2022, with Sergio Perez apparently right on track for a new contract.

The experienced Mexican, who replaced Alex Albon for this season, received high praise both in the media and from Dr Helmut Marko for helping championship leader Max Verstappen to win the French GP.

The obvious next step is talks for a new deal.

“There’s no time during this triple header,” Perez, 31, said in Austria. “But after that, why not?

“I’m on a good run and feel more and more at home in the team. I’d rather get it over with as soon as possible because I’ve had bad experiences with long waits in the past.”

Crucially, Perez has the full backing of team number 1 Verstappen for a contract extension.

“I’ve always got along with him well and now we’re in a position to get the best results as a top team,” said the Dutchman.

“Of course I have every interest in keeping it that way in the future.”

The situation is quite different at Red Bull’s championship rival Mercedes, even though many believe George Russell will almost certainly replace Valtteri Bottas for 2022.

Williams’ Russell was coy when asked about that at the Red Bull Ring, but he did admit that he has “no doubts that I’ll be in Formula 1 next year”.

“So that’s a nice feeling,” he added.

As for Bottas, he lashed out at Mercedes over the radio during the French GP but team boss Toto Wolff said the expression of emotion was actually “great” to hear.

“It’s great that he liked it, but I was obviously not happy at the time,” said the Finn.

“But that’s part of racing – it’s very emotional and it’s obviously a top sport rather than a coffee party. There are a lot of emotions involved, even for a Finn,” he added.

Bottas concluded by dismissing rumors of a rift with the team as “completely false”.

As for Lewis Hamilton, the seven time world champion confirmed that talks with Wolff about a new deal for 2022 have now begun.

“There’s not much more to say about it. It’s going well,” he insisted. “We hope we can do it faster than last time, but it’s pretty relaxed.

“We always say that it’s distracting to do it in the middle of a season, but there are no points of contention and communication with Toto is always very good.”

Finally, Hamilton indicated that he would prefer if Bottas is kept on board as his teammate.

“Valtteri and I have both had our ups and downs but he’s a fantastic teammate so I don’t see why something like that should necessarily change,” he said.

As for the prospect of 23-year-old Russell joining him at Mercedes next year, Hamilton concluded: “He’s not my teammate at the moment so I don’t need to say anything about it.”