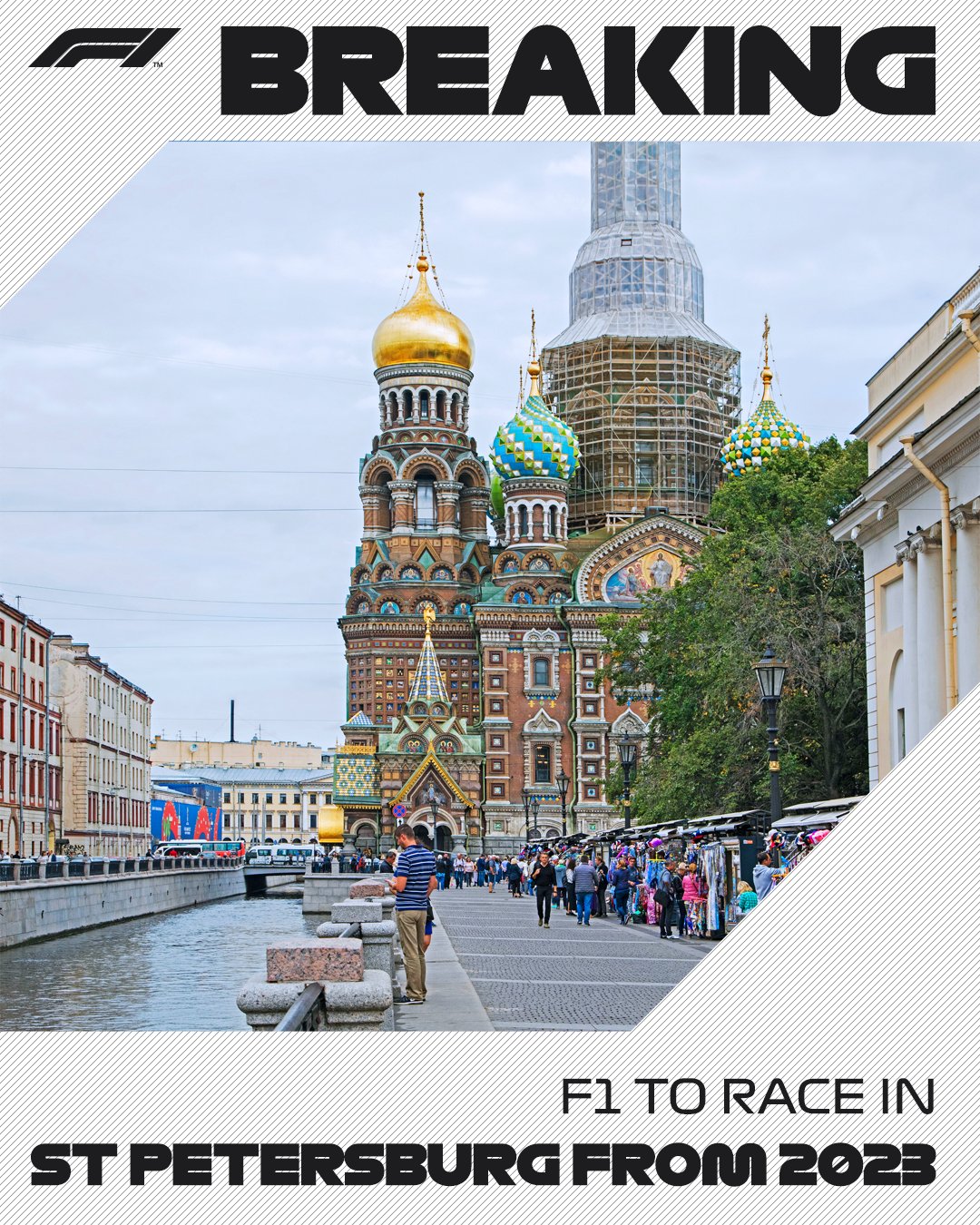 (GMM) The location of the Russian GP will move from Sochi to St Petersburg for 2023.

In April and May, we reported that moves were afoot to move the annual event to a new circuit in Leningrad Oblast called Igora Drive.

The reports were officially denied.

However, the state-owned news agency Ria Novosti is now quoting F1 CEO Stefano Domenicali as confirming that Igora Drive will indeed host the Russian GP in 2023.

The Italian was speaking as he visited St Petersburg’s traditional Scarlet Sails festival.

“Formula 1 will be held in St Petersburg in 2023 at the Igora Drive circuit,” Domenicali is quoted as saying.

“This is the result of intensive work with our Russian partners and a detailed study of this great circuit.

“I am impressed by St Petersburg and sure that the Russian GP at Igora Drive will be an amazing event,” he added.

The news was later confirmed by Russian GP title sponsor VTB Bank, whose president Andrei Kostin said the move “will only add interest to motorsport in our country”.

“However, it takes time to prepare for such an event, so the next two (Russian) Formula 1 races will be held in Sochi,” he added.

After his Russian visit, Domenicali returned to Europe for the Austrian GP, where it was revealed that Turkey will host a race this year – in the place of the cancelled Singapore GP.

Istanbul Park had earlier been scheduled to replace the similarly-axed Canadian GP, until the situation with covid within Turkey cancelled those plans.

“It’s great to have Turkey back as a replacement for Singapore,” said Aston Martin boss Otmar Szafnauer. “It’s a good track.

“I hope the rest of the calendar can remain so we get 23 races in.”

McLaren’s Zak Brown said Domenicali has done “an excellent job” navigating the covid crisis, but he warned that the pandemic “isn’t behind us” yet.

“We have various issues in various parts of the world and I think Stefano has plan A, plan B and plan C with the full intent of putting on 23 grands prix this year,” he added.