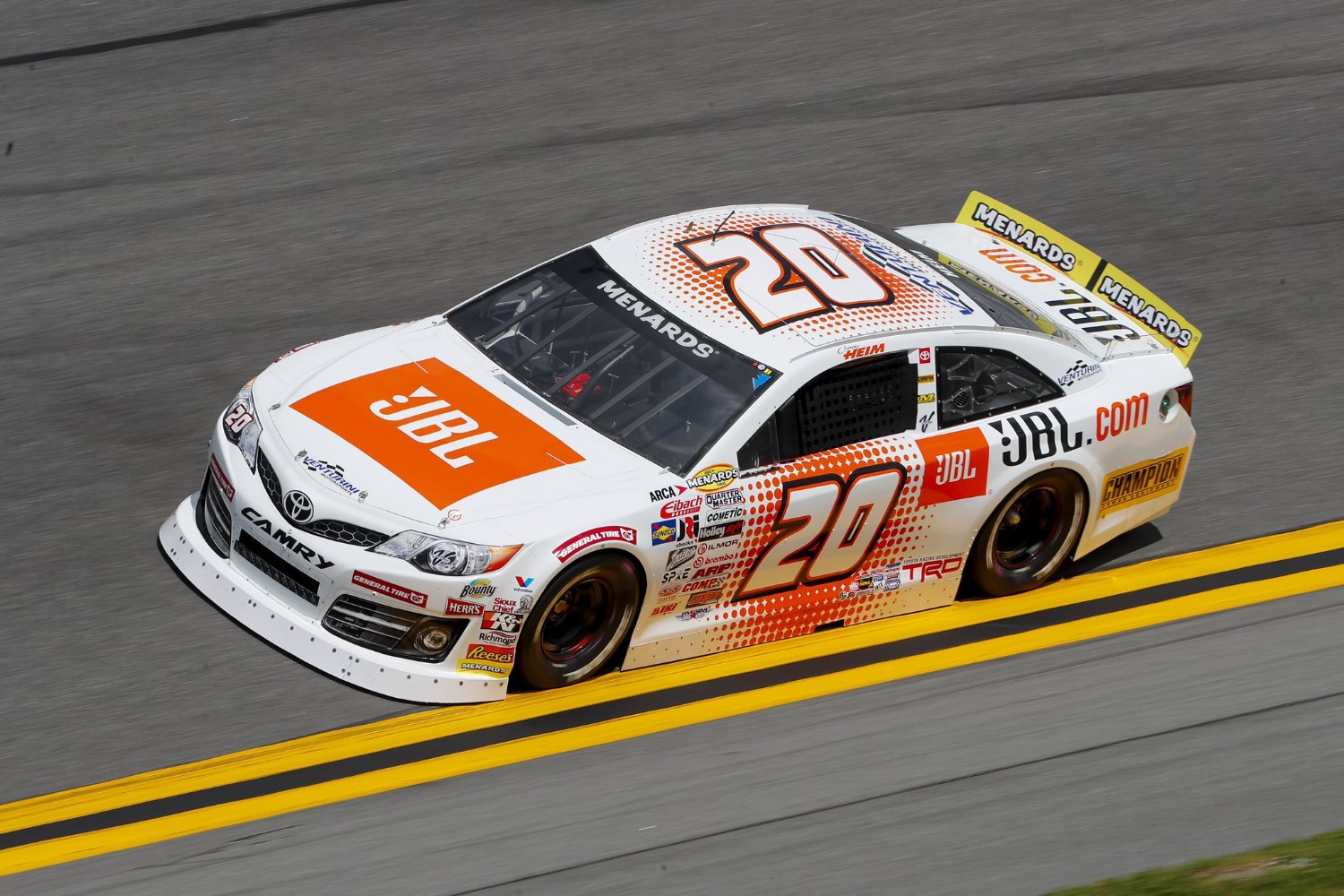 Corey Heim took the green flag for the final restart Friday at Pocono Raceway thinking he was in the wrong position.

Turns out he was in the perfect place at the right time, and 17 laps later, he took the checkered flag to win the General Tire #AnywhereIsPossible 200 at the 2.5-mile tri-oval. The victory marked the 18-year-old’s third of the ARCA Menards Series season.

On that last restart, knowing the inside was the preferred lane, race leader Ty Gibbs dipped low in an attempt to block a charging Chandler Smith at the drop of the green flag. Gibbs and Smith made contact and drifted to the inside wall, sending Smith back up the race track. Somehow, Smith avoided other cars and saved his own from a spin.

The driver of the No. 20 JBL Toyota for Venturini Motorsports was the primary beneficiary of the incident. Heim’s win at Pocono allows him to keep his championship standings lead over Gibbs, now by four points.

Smith had to pit after his contact with Gibbs; the NASCAR Camping World Truck Series regular finished 12th a couple laps down.

Rookie Nick Sanchez finished fourth ahead of Thad Moffitt in fifth. Moffitt still has a 27-point edge over Sanchez for third place in the standings.

Friday’s General Tire #AnywhereIsPossible 200 featured five cautions, three of which were the result of accidents.

Nick Igdalsky, the CEO of Pocono Raceway who dabbles in ARCA Menards Series racing himself, spun to bring out the first caution of the race. He also was involved in the third caution, when he ran into a spinning Bryan Dauzat, knocking both out of the event on Lap 26.

The fifth and final caution of the evening came out when Jack Wood and Jason Kitzmiller collided on Lap 59.