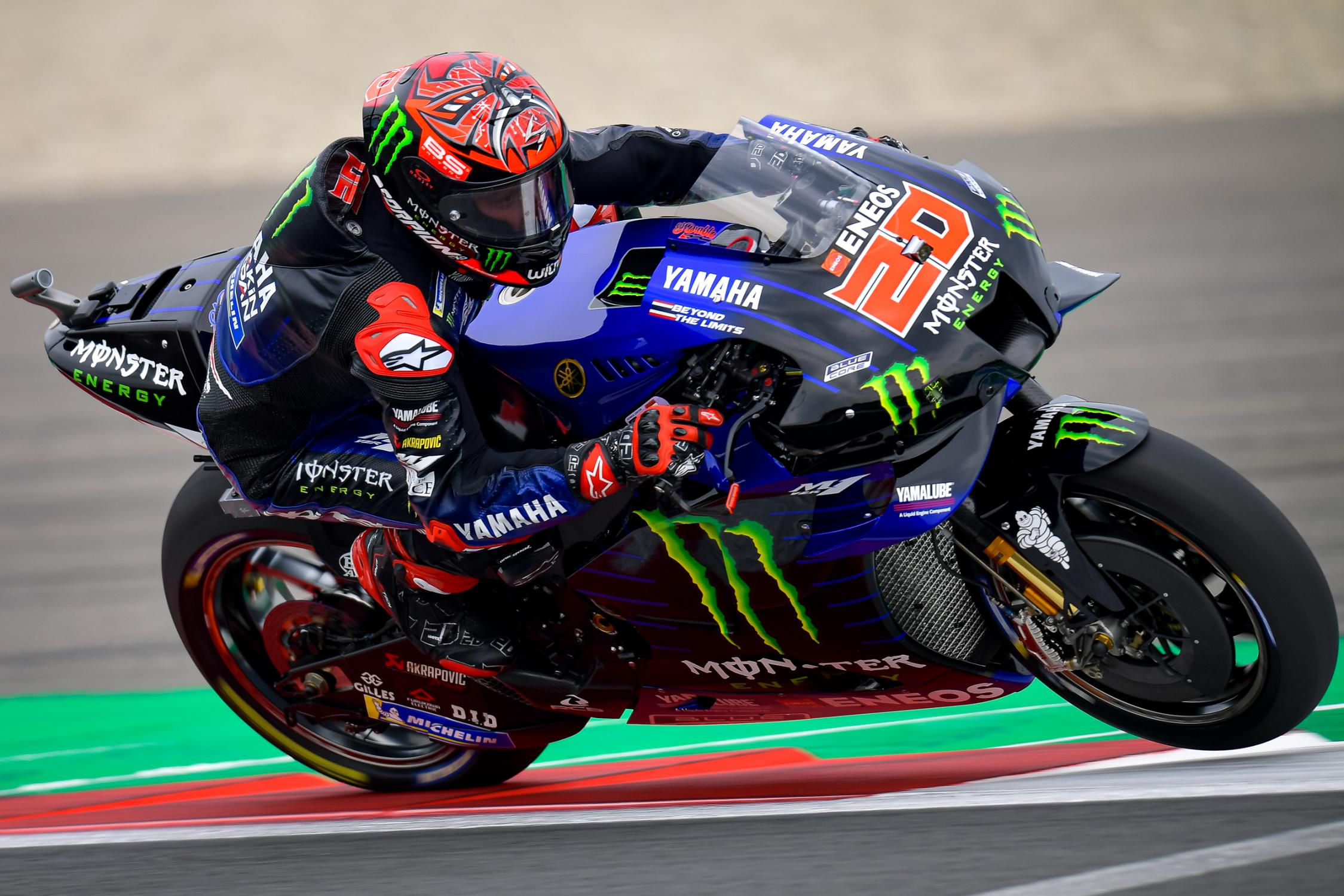 For the fourth time in 2021 Fabio Quartararo (Monster Energy Yamaha MotoGP) won after delivering a pitch-perfect performance at Assen to lead a factory Yamaha 1-2 at the Motul TT Assen.

Maverick Viñales went from last in Germany to second in the Netherlands, a fantastic return to form, as reigning World Champion Joan Mir (Team Suzuki Ecstar) battled his way to a third podium of the season.

One thing is certain, Quartararo stinks at golf.

The golf swing might need a bit of work @FabioQ20!!! 😂#DutchGP 🇳🇱 pic.twitter.com/UF5glNmElV

Starting from the middle of the front row, the 22-year-old launched ahead of team-mate Viñales and grabbed the early advantage, but Ducati’s Francesco Bagnaia was keen to keep Quartararo on his toes as the pair battled hard in the opening laps. Sitting in second he looked to get ahead of the Ducati rider on lap three and five but with no joy, the Frenchman hit the front on lap six. With clear track ahead of him, Quartararo dominated to his fourth victory finishing 2.757 seconds clear of team-mate Viñales.

Maverick Viñales had been the man to beat heading into Sunday’s Grand Prix. The Spaniard topped the three free practice sessions before setting a new lap record on his way to pole position. Launching from the first grid spot, Viñales found himself in fifth at the first corner but worked his way to fourth at the end of the opening lap.

Remaining in the leading group until lap 14, the number 12 rider cleared Takaaki Nakagami for third and with Bagnaia being awarded a Long Lap Penalty, the former Moto3 champion was into second place.

From there, he put the hammer down, setting personal best laps of the race while closing Quartararo down. Eventually Top Gun had to settle for second place and 20 championship points.

Today‘s results see Quartararo increase his lead in the championship standings to a 34-point advantage and a 156 points total.

Fabio Quartararo – Monster Energy Yamaha MotoGP, 1st
“I’m really happy, especially because during the weekend I did only bad starts, and I mean really bad, and I was actually a bit worried. But with the team we always get the job done and save the best for the race. Today it was like this, so I am so happy. It was a really good race. It was a tough one, but we did it. I think today is the perfect day to go on holiday after a victory. I will go see my family straight away to enjoy this moment and spend some time with them.”

Maverick Viñales – Monster Energy Yamaha MotoGP, 2nd
“For me this was a great Sunday too! It‘s been a long time since I was last on the podium. It was good. Honestly, I‘m very happy. Actually, the second part of the race was fast. I was able to do fast laps, but I just expected a bit more from the beginning. I knew immediately when I was behind Nakagami for ten laps that I lost the race, because also the tyres suffered. Zarco was attacking me, and I was controlling the gap between me and Nakagami to make sure I wasn‘t overheating the tyres, so it was a very complicated race, but in the end, it finished in a good way.”