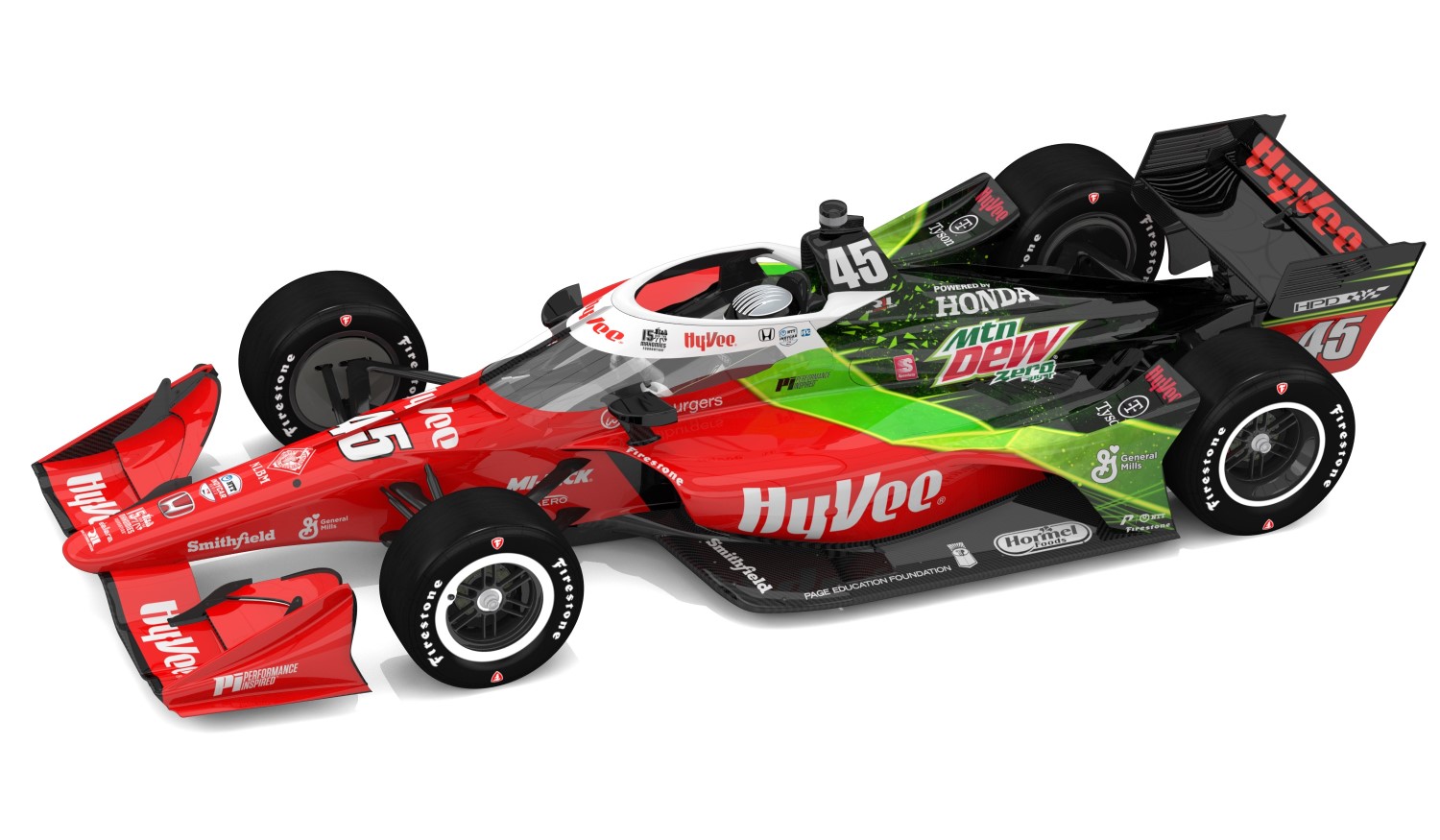 Rahal Letterman Lanigan Racing (RLL) announced today that Santino Ferrucci will return to the team to compete in the No. 45 Hy-Vee entry at the Honda Indy 200 at Mid-Ohio Sports Car Course, July 2-4. Hy-Vee, Inc. – an employee-owned supermarket chain that operates more than 280 retail stores across eight Midwestern states – is the primary sponsor of Graham Rahal’s entry for two races this season as well as a full season associate and was the primary sponsor of Ferrucci’s car at the Indy 500 and doubleheader races in Detroit.

At the Indy 500, Ferrucci piloted the No. 45 Hy-Vee Honda to his third straight top-seven finish with a sixth-place result and finished sixth in Race 1 in Detroit and tenth in Race 2.

“I’m super excited to return to Rahal Letterman Lanigan Racing to race the Hy-Vee entry at Mid-Ohio,” said Santino Ferrucci, whose highest career INDYCAR qualifying position is second place in Race 2 at Mid-Ohio in 2020. “It’s been a great track for me in the past and last year I started on the front row. I’ve always enjoyed the track and its fans. I cannot wait to be working with the team again and continuing our relationship and our growth as the season moves forward. Hopefully we can get the Hy-Vee car into the top five and on the podium!”

“We look forward to having Santino Ferrucci drive the No. 45 Hy-Vee entry in this weekend’s race,” said Randy Edeker, Chairman, CEO and President of Hy-Vee. “Santino and the entire Rahal Letterman Lanigan Racing team care about their fans just like we care about our customers at Hy-Vee. Plus, the excitement Santino brings to the course keeps us on the edge of our seats, and we can’t wait to see how he performs at the Honda Indy 200.”

After two full INDYCAR SERIES seasons in 2019-2020 and a partial one in 2018, Ferrucci joined RLL for the Indy 500 and the Detroit Grand Prix races. To date, his best Indy car start is second place at Mid-Ohio (Race 2) in 2020, and he has finished in fourth place four times. In 2021, Ferrucci competes part-time in the NASCAR Xfinity Series, driving for Sam Hunt Racing.

The 2021 NTT INDYCAR SERIES season continues with the Honda Indy 200 at Mid-Ohio which will be broadcast live on NBC on July 4 at 12 p.m. EDT.