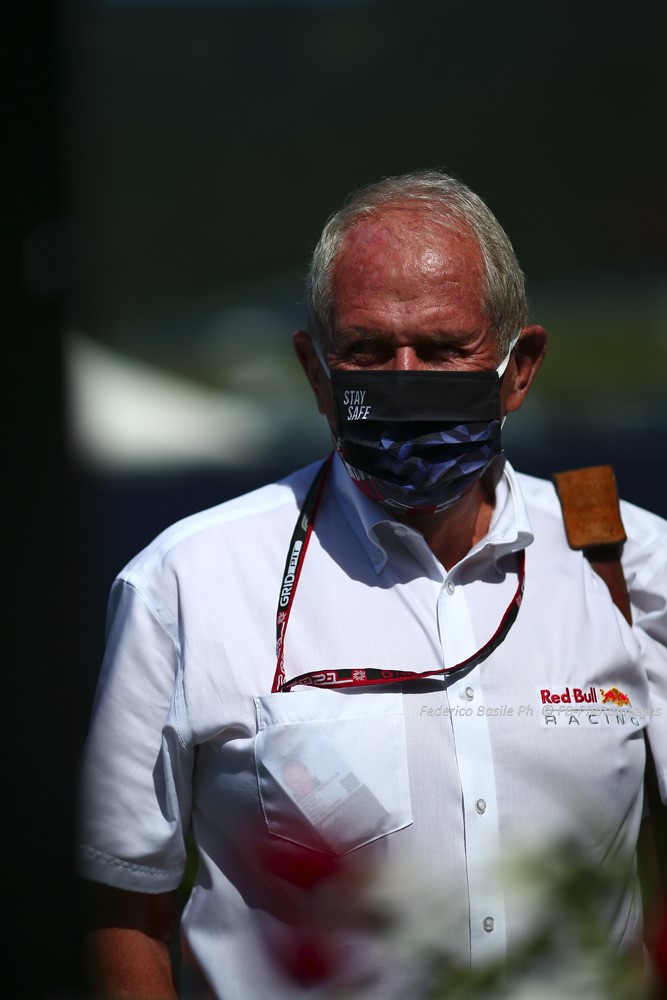 (GMM) Mercedes is not coping with the “unusual situation” of no longer utterly dominating Formula 1.

That is the claim of Dr Helmut Marko, whose Austrian countryman and Mercedes counterpart Toto Wolff confirmed paddock claims that the pair do not get along.

“The relationship is quite correct,” Mercedes chief Wolff confirmed to Osterreich newspaper. “We just don’t talk to one another.”

New runaway championship leader Max Verstappen has raced into a new position of F1 dominance, and the international media fully agrees with that sentiment.

Marko, the top F1 official under team owner Dietrich Mateschitz, said of Mercedes: “It’s an unusual situation for them.

“That’s why they are complaining about everything – rear wing, pitstops, anything and everything.

“If we just concentrate on the racing and keep within the rules, there is nothing that can stop us,” the 78-year-old Austrian added.

As for what has gone wrong at Mercedes, Marko explained: “They are missing the 50 horsepower advantage they had for seven years. Now, we have the same power as them.

“The fastest car on the straight is actually the McLaren with the Mercedes engine,” he added. “We simply have an engine that is just as good.

“That is the new situation for Mercedes.”

Marko told De Telegraaf newspaper: “We have learned from our past mistakes.

“Mercedes made such a step with the engine last year, but Honda responded this year.”

Mercedes’ reaction, according to Marko, was to point the finger at the legality of Red Bull’s rear wing, the way they use the Pirelli tires, and the lightning-fast pitstops.

“And when Mercedes don’t complain themselves, they use Aston Martin to do it,” said Marko.

“When Mercedes was dominant, you heard much less complaining from Red Bull than the other way around now,” he told NOS. “They’re coming up with all these little things to try to discredit them.

“I see it that Mercedes is starting to realize that their problem is structural, and that the eighth world title is going to be very difficult to achieve.”