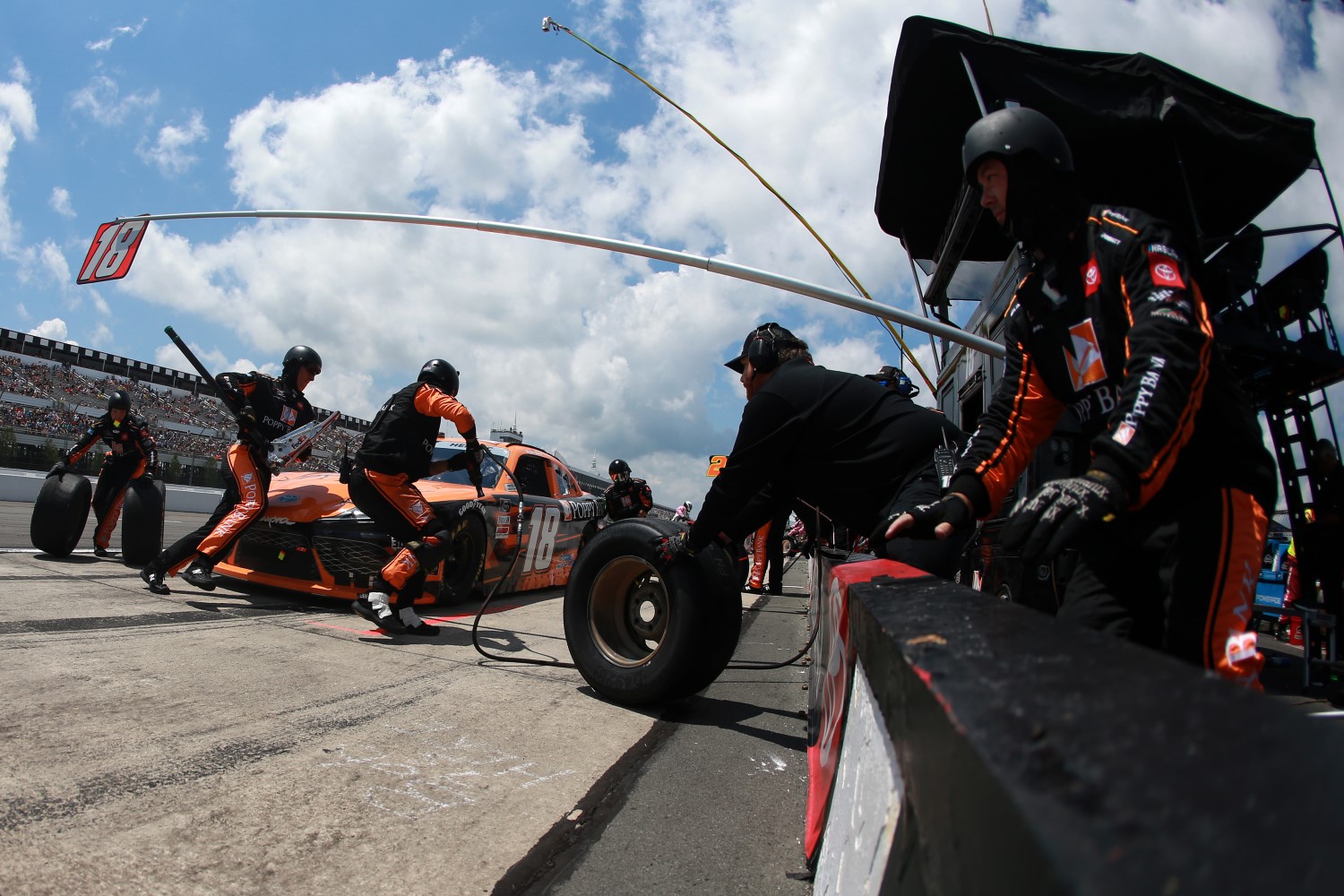 In the Xfinity Series, NASCAR fined Brian Wilson (crew chief for Austin Cindric) and Dave Rogers (crew chief for Daniel Hemric shown above) $5,000 each for a lug nut not safe and secure.

NASCAR also announced that it has indefinitely suspended Micah Horton for violating the series’ member conduct policy. Joe Gibbs Racing confirms Horton no longer is employed by the team. He had been listed as a mechanic for the No. 18 Xfinity Series team.