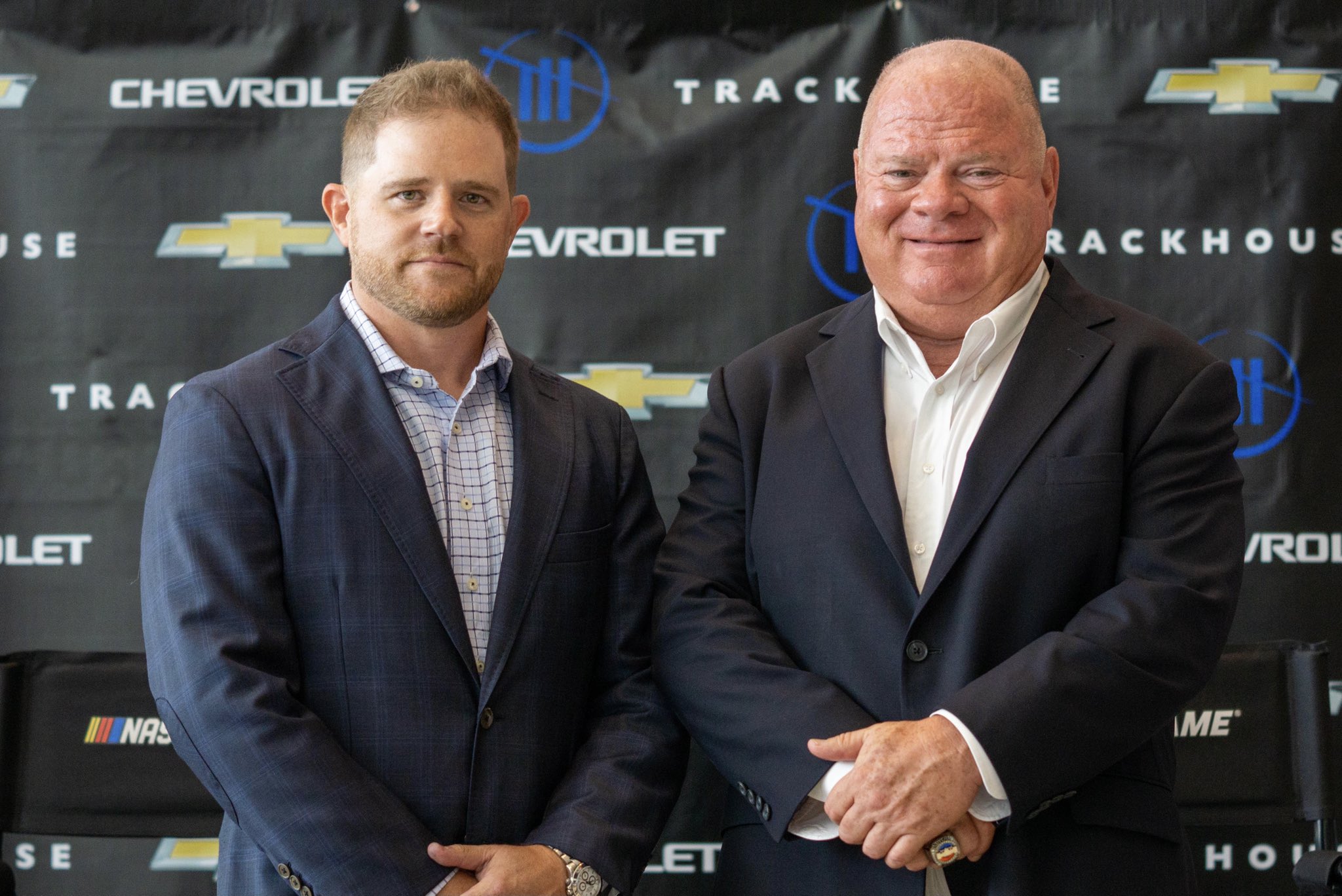 The team said it will field two cars in 2022, and Daniel Suárez — the current driver of the No. 99 Trackhouse Racing Chevrolet — will continue with the team, while a second driver has not yet been announced. Chip Ganassi Racing’s IndyCar teams are not involved.

“I want to thank Chip his executive team and working with professionalism, candor and diligence through this whole process, which has happened pretty quickly,” Marks said Wednesday.

“This is obviously a great day for Trackhouse, but we’re gonna be in the news for a long time to come. We’re gonna be able to talk about races and sponsors, and we want to talk about drivers and everything for for years and years and, hopefully, decades to come. I think today is about honoring the legacy and the contributions that Chip has made to NASCAR over the last 20 years.”

“This process took several weeks and I want to thank Chip for being so open and candid with me every step of the journey,” Marks said. “Chip has built an iconic motorsports empire and the Ganassi brand is globally recognized as a winner in the auto racing industry.”

Neither Trackhouse nor Chip Ganassi Racing made the financial terms of the deal public, but Ganassi will transfer all of its assets to Trackhouse Racing immediately following the 2021 Cup Series season. The team will operate out of Ganassi’s current shop in 2022, noted Marks, who competed in 22 races for CGR in the second-tier Xfinity Series between 2016 and 2018.

Ganassi joined Marks and Trackhouse team president Ty Norris in making the announcement Wednesday at the NASCAR Hall of Fame. Ganassi said his team was not on the market, but Marks first approached him less than a month ago with a proposition to acquire the team. The deal was finalized about a week ago, they said.

“I must say our team was not for sale,” Ganassi said. “Justin simply came to me with a great offer, and even a better vision for racing.

“There’s a lot of new blood in NASCAR … and they all seem to be bringing a new perspective and, more importantly, a new vision. And the sport I think needs people with vision.”