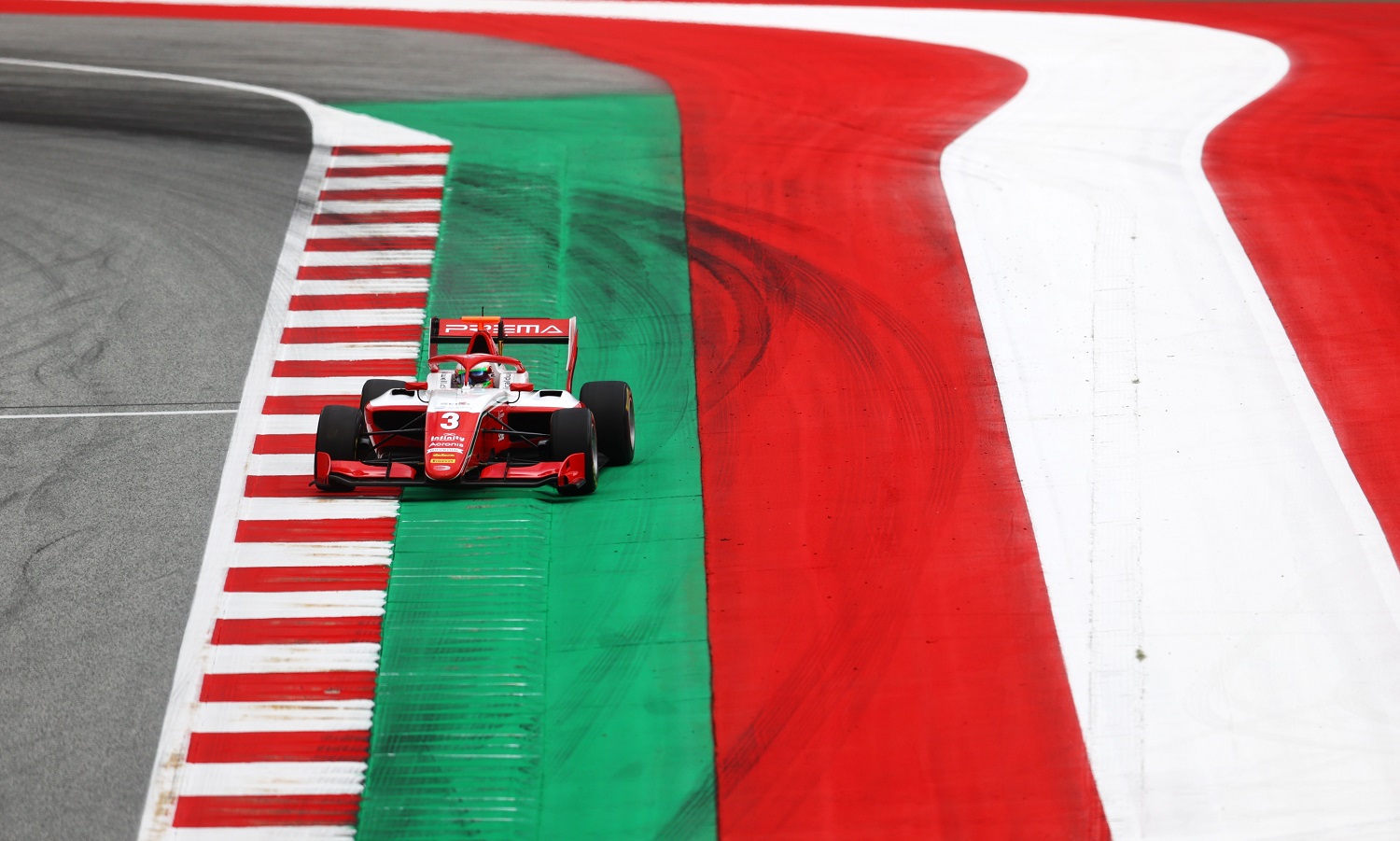 Rain was staying away but the field were greeted by cool morning conditions in the Styrian hills as they set out for their first outing of the weekend.

As the initial fast laps began to pour in, Dennis Hauger led the pack with a time of 1:21.229, ahead of Sargeant and Matteo Nannini. All three were some way off Caio Collet’s track record from pre-season testing, with the Brazilian setting 1:18.592 in very different conditions.

The MP Motorsport driver picked up from where he left off in Spielberg, dropping the first sub-1m 21s lap time to steal P1 from Hauger. The PREMA Racing driver responded but was still 0.172s off Collet.

After a brief check-up in the pits, Hauger returned to reclaim top spot at the second time of asking, recording 1:20.720 to put himself back ahead of Collet. The Norwegian then improved on this time on his next tour, taking it down to 1:20.589 and solidifying the position. There was another PREMA vs MP battle going on for third, with Olli Caldwell usurping Victor Martins for P3.

With a large chunk of the field switching to fresh tires in the final five minutes, the order enjoyed an all-mighty shuffle. Caldwell and Jack Crawford briefly sat in first after breaking the 1m 20s barrier, but it looked like Jack Doohan was going to finish the session in fastest.

The Australian’s tour of 1:19.745 was more than two tenths quicker than the rest of the field, but it proved too good to be true and was later deleted for exceeding track limits. That meant that the Australian plummeted out of the top ten and down to 22nd, with Caldwell and Crawford promoted to P1 and P2.

Meanwhile, Logan Sargeant was quick on the new rubber, shooting up from 21st to third in the closing minutes, 0.008s ahead of Alex Smolyar.

Despite sitting first for large periods of the session, Hauger had dropped to sixth in the final classification behind his PREMA teammate Arthur Leclerc, who was another to benefit from a change of boots.

Jonny Edgar beat Frederik Vesti to seventh, despite the ART Grand Prix driver running inside of the top five for the majority of the session.

Amaury Cordeel finished in ninth after Doohan’s deleted time was confirmed, ahead of his Campos Racing teammate Lorenzo Colombo. The top ten separated by less than three tenths.