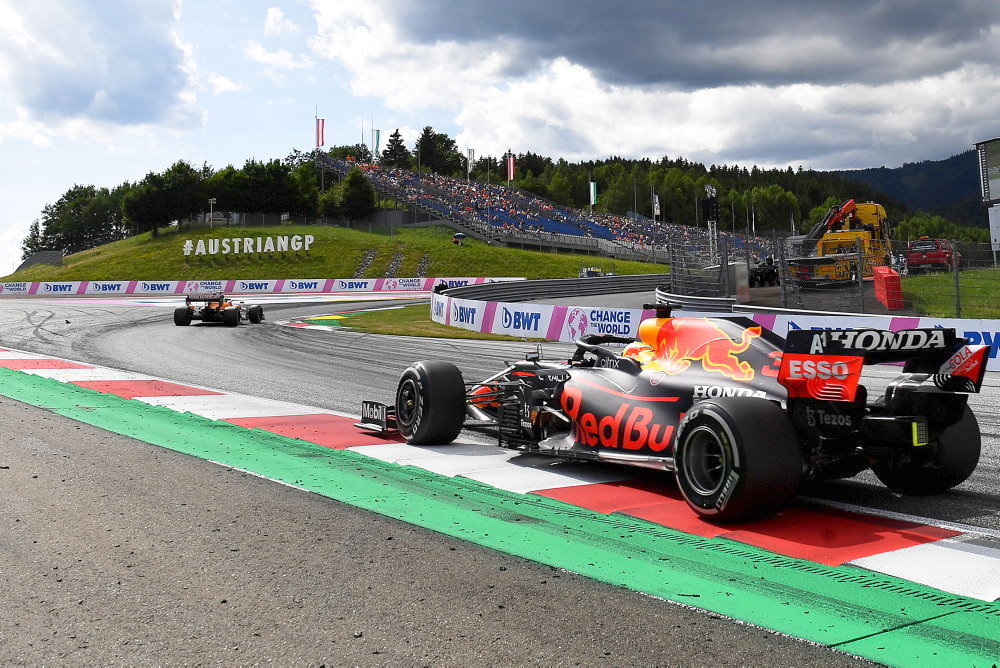 Red Bull’s Max Verstappen picked up where he left off last weekend, topping opening practice for the Austrian GP at the Red Bull Ring, quicker than he managed last weekend in either Friday session although some of that is down to the softer tire compounds in use this weekend.

Red Bull began on softs and switched to the prototype Pirelli tires, on which Verstappen set the benchmark of 1m 05.5s in the first half of the session, before improving on softs to 1m 05.143s with 25 minutes remaining.

Valtteri Bottas was 4th for Mercedes while a hot rookie Yuki Tsunoda rounded out the top-5 for AlphaTauri.

Driving for his job next year, Kimi Raikkonen was a surprise 6th for Alfa Romeo while a sandbagging Lewis Hamilton was 7th in the 2nd Mercedes, and ahead of Red Bull’s Sergio Perez (P8), who set exactly the same time as ninth-place Pierre Gasly of AlphaTauri.

McLaren’s Lando Norris rounded out the top 10 while team mate Daniel Ricciardo finished 12th, with the Alpine of Esteban Ocon between them.