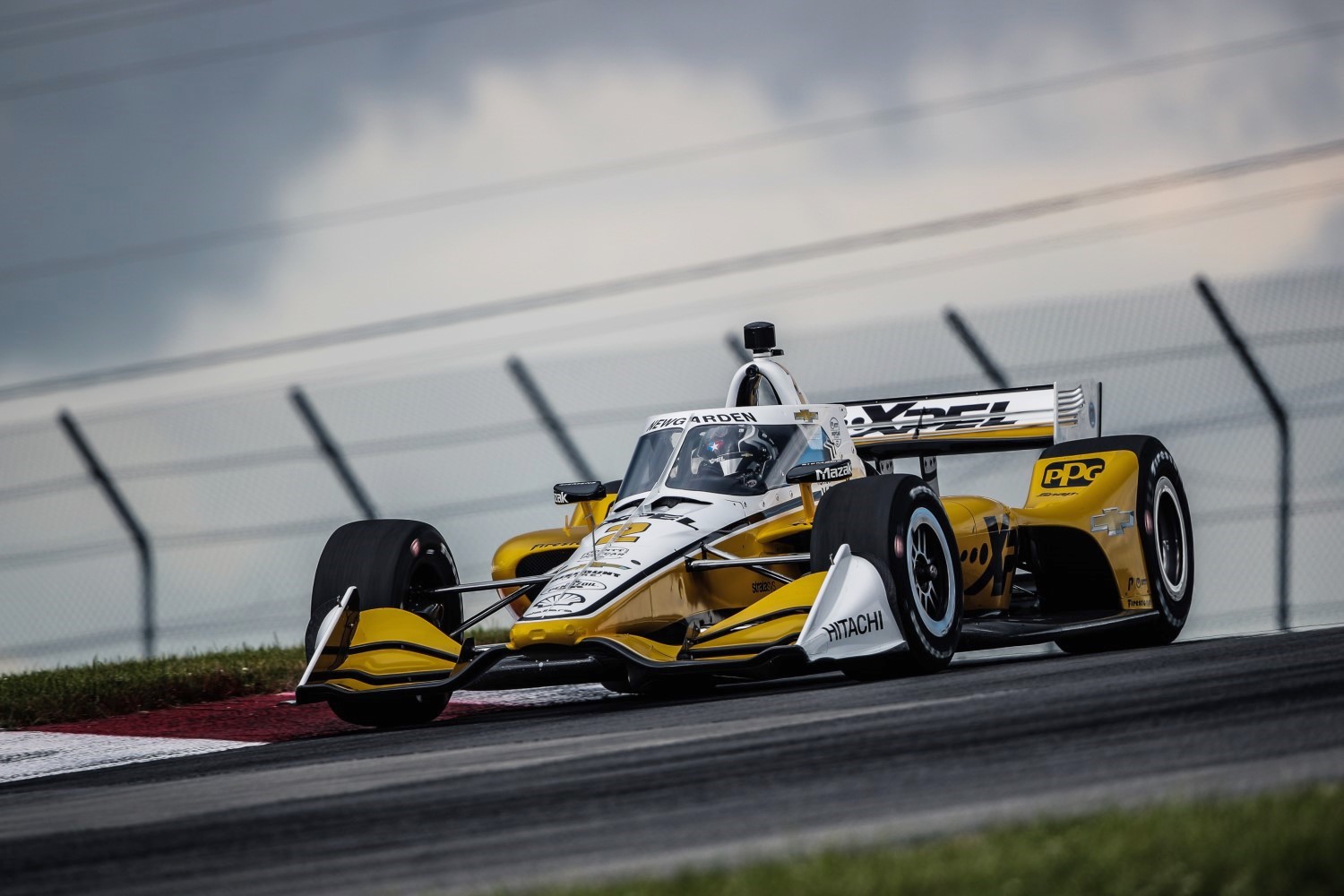 Josef Newgarden, driving the #2 Xpel Penske Chevy, turned a lap of 1m07.2524s to top opening practice for the Honda Indy 200 at Mid-Ohio. Practice 2 will be held Saturday morning.

The fastest Honda was Jack Harvey in third 0.33s behind in the #60 Meyer Shank Honda.

2018 winner Alexander Rossi was 4th quick in the #27 Andretti Honda while Graham Rahal rounded out the top-5 in the #15 RLL Honda.

Romain Grosjean was 6th in the #51 Dale Coyne Honda.

All the drivers set their time on the harder primary Firestones, saving the soft reds for Saturday.

This is a home race for Harvey and Rahal. Englishman Harvey’s team, Meyer Shank Racing, is based in nearby Pataskala, Ohio, and team co-owner Michael Shank is a native of Columbus. Rahal also is a native of the Columbus area.

“We just want a smooth weekend,” Harvey said. “It’s everyone’s home race at Meyer Shank Racing. Mike has been awesome. There’s no added pressure, but we all want to get a good result for him in the place he grew up.”

The practice included one red flag, 25 minutes into the session, when Felix Rosenqvist spun in Turn 1 and stalled in the No. 7 Arrow McLaren SP Chevrolet. Rosenqvist returned to the series today after missing the REV Group Grand Prix presented by AMR on June 20 at Road America and Race 2 of the Chevrolet Dual in Detroit on June 13 due to a heavy crash in Race 1 at Detroit on June 12.

Rosenqvist ended up 13th quickest in the session at 1:08.0265. Another driver returning from an injury hiatus, Rinus VeeKay of Ed Carpenter Racing, was 18th at 1:08.2367 in the No. 21 Sonax/Autogeek Chevrolet. VeeKay missed the Road America round due to a broken collarbone suffered in a cycling accident.

The spin by Rosenqvist wasn’t the only incident of the session. Colton Herta came within inches of the concrete wall between Turns 9 and 10 earlier in the session in the No. 26 Gainbridge Honda after going off track and bouncing through the grass.