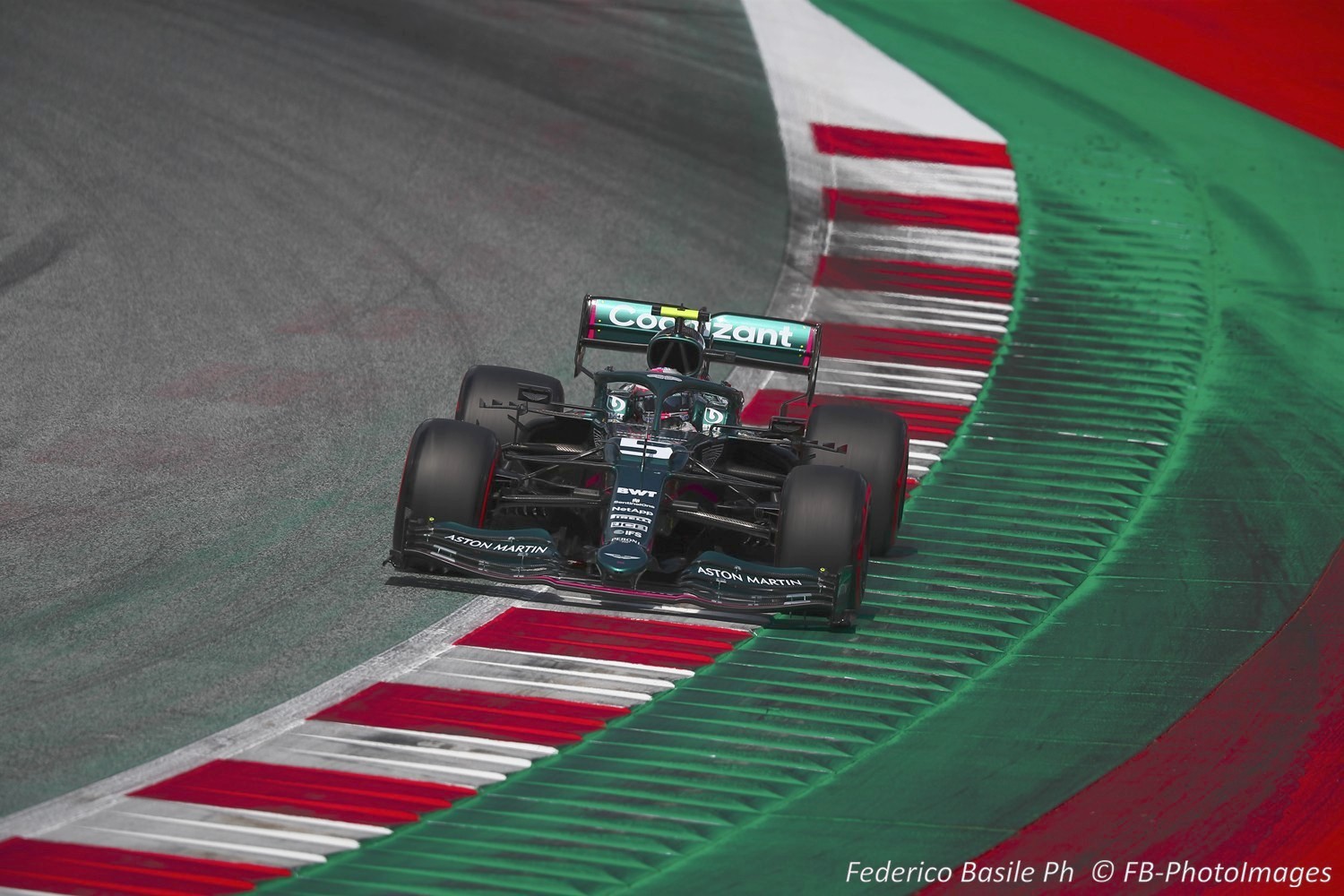 The German qualified eighth but will now drop to 11th, promoting George Russell, his own Aston Martin teammate Lance Stroll and Carlos Sainz.

But even with the punishment, Vettel is still three places ahead of Alonso, who said after the incident his chance of scoring points in the race had been ruined by the incident.

The Spaniard was on his final Q2 run, aiming to force his way up into the top 10, when he was blocked by Vettel as he approached the final corner at the Red Bull Ring.

Vettel was preparing for his own last ‘hot’ lap of the 15-minute session when his Aston Martin got in the way of the Alpine, destroying Alonso’s shot at improving his best time.

Alonso angrily gestured at Vettel, who  failed to get in his own last run as he did not pass the checkered flag in time. 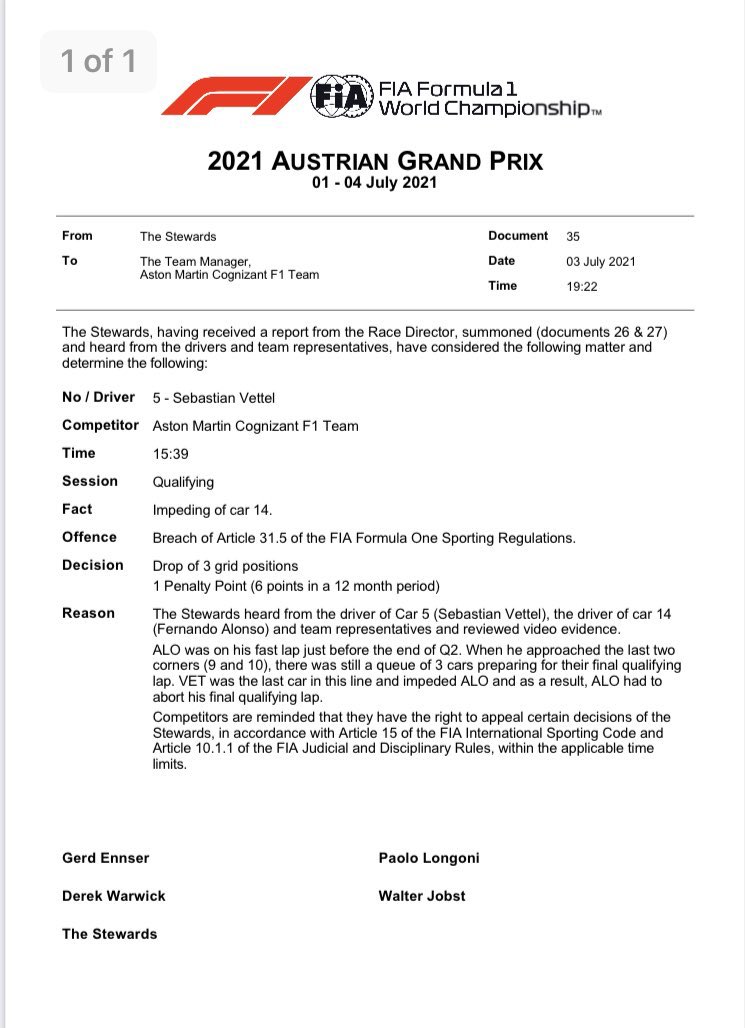