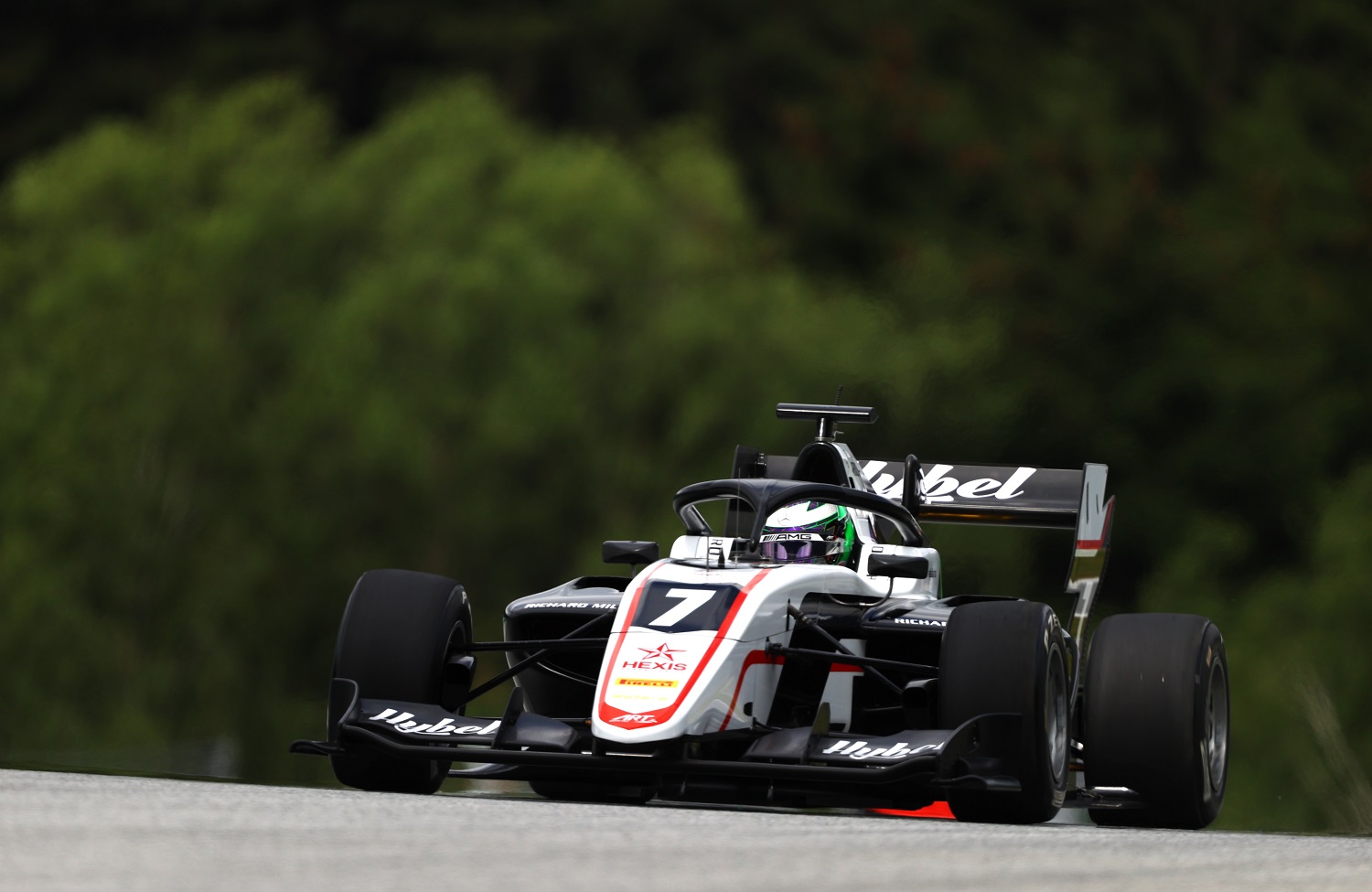 ART Grand Prix’s Frederick Vesti came out on top of a battle with Championship leader Dennis Hauger to clinch his first win of the season at the Red Bull Ring and move up second in the title fight.

PREMA Racing’s Hauger took his third podium of the weekend in second, but had to recover from a tough opening stint, with the polesitter briefly dropping to third.

The Red Bull junior’s teammate Olli Caldwell took the final podium position, after a brave late move on Alex Smolyar. The ART Grand Prix had looked likely to take the lead at one point after passing Hauger but struggled for pace in the closing laps and fell back to fourth.

Neither of Hauger’s main title rivals took points, with Victor Martins and Jack Doohan finishing at the back of the grid due to separate collisions.

Dennis Hauger and Frederik Vesti have enjoyed two scintillating Qualifying battles of late and picked up their fight from the front row of Race 3. The Red Bull junior confidently hauled his PREMA off the line and into Turn 1 when the lights went out, but Vesti smartly ducked behind him and took a tow, attempting to slipstream past at the second turn. Hauger was smart to the move and covered himself to retain the lead.

The main mover in the top 10 was Martins, up three places from 10th. Although one of the positions gained was his teammate Caio Collet, who had initially failed to get his MP going and dropped down to the back of the grid.

At the front, Vesti continued to hound the back of Hauger and refused to let him build up any form of gap. Three times the Dane took a look, but he opted for patience and resisted making the move without the aid of DRS. The system was switched on for Lap 4 and Vesti made the move a lap later, diving down the side with the aid of DRS for P1.

Vesti’s teammate Smolyar compounded Hauger’s misery by following his teammate through two tours later, just as the second PREMA of Caldwell moved ahead of Clement Novalak for P4.

While Hauger was losing places, his teammate Arthur Leclerc was gaining then, with the Monegasque up to P6 after a move on Martins.

Smolyar swiftly set about chasing his race leading teammate and it didn’t take long for an opening to arise. The Russian made a brave move down the side, but couldn’t make it work and ended up dropping back to third.

Behind them, Leclerc and Martins were continuing their back and forth. The Frenchman briefly reclaimed sixth and Leclerc ran wide in an attempt to fight back, which saw him collect Martins. Novalak was caught up in the incident, his Trident plunged into the gravel alongside Leclerc. Martins escaped the gravel but fell to the back of the field.

Leclerc and Novalak both clambered out of their cars and a Safety Car was required to clear away the debris.

The top three all held their positions when racing resumed, with Hauger seemingly over his earlier struggles and now putting pressure on Vesti. An opening failed to arise for the Norwegian as DRS was enabled with three laps to go. But his teammate Caldwell did manage to get the jump on Smolyar for the final podium position.

Jak Crawford and Jack Doohan were fighting for fifth when the Australian tagged the back of the Hitech, which dropped the pair of them down the order and brought out a Virtual Safety Car.

Action restarted once more, but without DRS and with just one lap remaining. Caldwell had a glance down the side of his teammate on the main straight but wasn’t able to make it work. Their tussle pulled Hauger away from his fight with Vesti, which allowed the Dane to cross the line unopposed.

Behind them, Matteo Nannini and Ayumu Iwasa benefitted from the two collisions to finish fifth and sixth. While Collet crossed the line seventh after a stellar recovery from the back of the grid after his opening lap woes. Logan Sargeant, Calan Williams and Jonny Edgar completed the top 10.

With neither of his two main rivals finishing, Hauger has increased his lead at the top of the Drivers’ Championship to 115 points. Vesti has jumped to second with 74 points after his first win of the season, with Doohan in third on 72 points. Caldwell is fourth with 70 points and Martins fifth with 66.