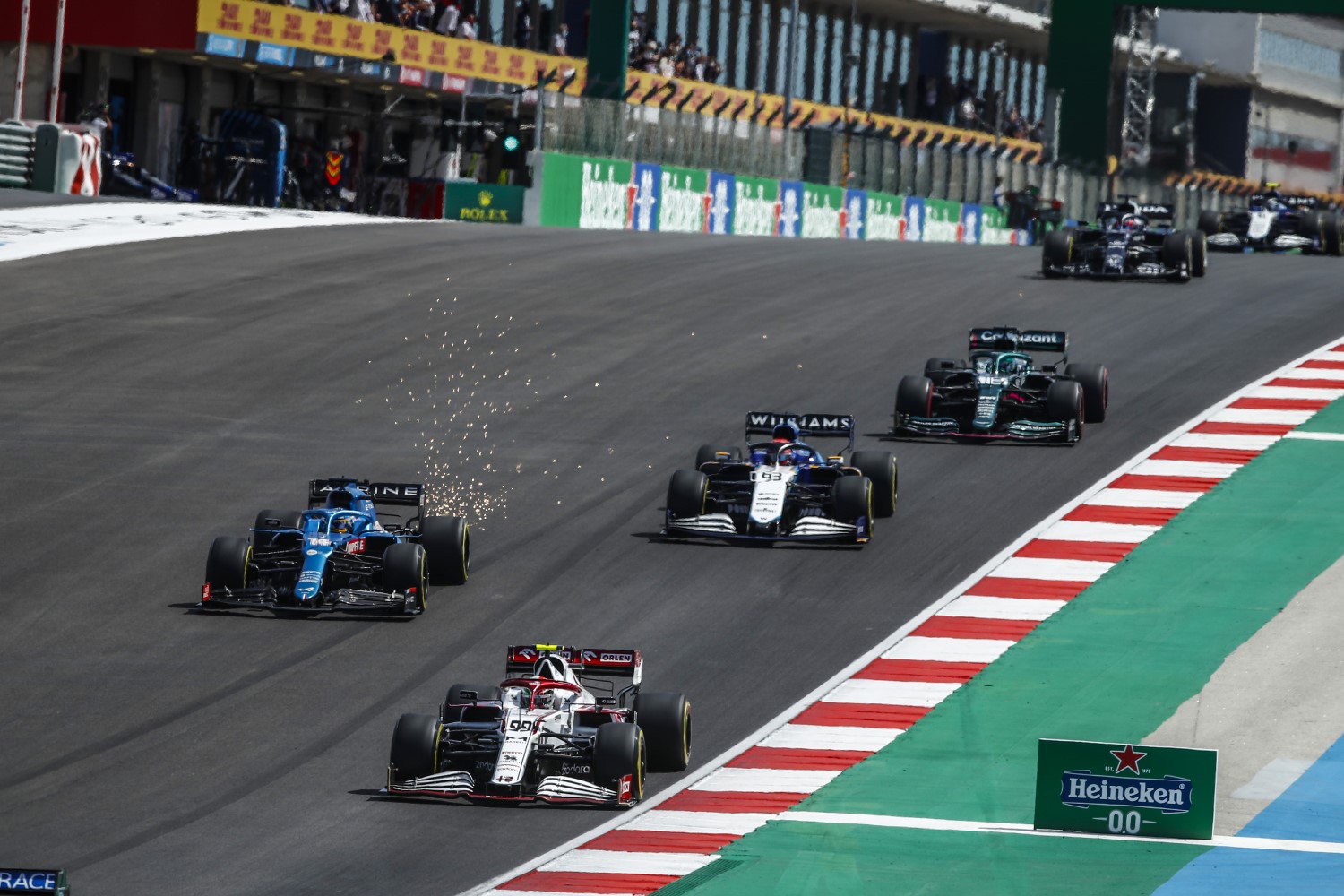 (GMM) Lewis Hamilton is expecting Formula 1’s first ever ‘sprint qualifying’ race to be a parade.

Next weekend at Silverstone, drivers will head into a traditional-style qualifying session not long after a single practice session on Friday.

The fastest driver will then start on pole for the short, 17-lap race on Saturday evening that will determine the grid for Sunday’s British GP.

“We won’t have much time to prepare for qualifying and the races,” said Ferrari team boss Mattia Binotto.

“We’ll be packing a lot into the practice session on Friday, and we also have the new Pirelli tires to test on a very different circuit to Austria.

“So we know we are going into qualifying with very little data. After that, it is into parc ferme, so it could be a rather chaotic weekend,” he added.

Seven time world champion Hamilton, however, is not expecting fireworks.

“Let’s see how it goes,” said the Mercedes driver.

“But I can imagine it will be a train of cars all following each other. I hope we see overtaking, but in all likelihood it won’t be very exciting.”

On the other hand, championship leader Red Bull seems less worried, even though Max Verstappen is on a run of form with the usual race weekend format.

“We are not afraid of anything,” Dr Helmut Marko told motorsport-magazin.com.

“Silverstone was usually Mercedes territory, but we are going to the next race with confidence. We have seen that our car is capable of winning on all of the tracks we have been to this year.

“So if we win at Silverstone, we will be very optimistic about the title,” he added.

Lewis Hamilton predicts Formula 1’s new Sprint races will be a ‘parade’, but we disagree.

Formula 1 will introduce the new format at the British Grand Prix next week at Silverstone for the British GP.

Hamilton expects it will prove difficult for drivers to overtake at Silverstone.

“It will just be a train, probably,” said the Brit. “Hopefully, there will be some overtaking, but most likely it won’t be too exciting.

“We’ll wait and see,” he added. “There’s no point judging it before we even get into it.”

Drivers will have free choice of tire compounds for the Sprint race. Carlos Sainz Jr is unsure whether that will make overtaking more likely.

“17 laps on a set of tires should allow us to push a bit more and have a bit of fun,” he told media on Sunday. “But you guys know that the more we push also it’s tricky to overtake. This is not a secret. So, we will see how it turns out.”

Antonio Giovinazzi was more optimistic about how easily drivers will be able to race each other. “It’s only 100 kilometers, so not many laps,” said the Alfa Romeo driver.

“I don’t think it will be a problem, to be honest. But we will see, I will tell you on Saturday night in Silverstone.”