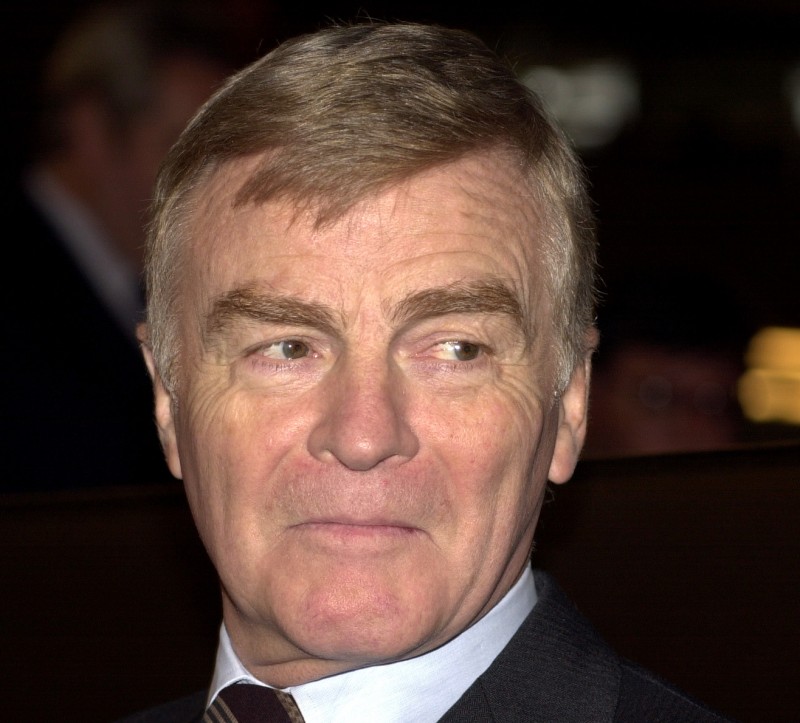 Order MOSLEY: IT’S COMPLICATED from Amazon► https://amzn.to/3vM4q0W MOSLEY: IT’S COMPLICATED, the story of Max Mosley is In UK Cinemas 9th July & on Blu-Ray, DVD & Digital from 19th July 2021. Former FIA boss Max Mosley’s captivating story is being told in a new feature-length documentary, entitled Mosley: It’s Complicated. Arriving in cinemas from 9th July and DVD, Blu-ray and digital from 19th July, Mosley: It’s Complicated is directed by Michael Shevloff (Top Gear USA, 1: Life on The Limit). The film charts Mosley’s unusual upbringing, success in grand prix racing and influence in road safety, through to personal scandal and his landmark victory over the News of the World.

Mosley has cooperated with the filmmakers, but this is not an authorized documentary.

“Max, he has an excellent engine,” says former Ferrari team principal Marco Piccinini, in terms petrol heads will understand. “His brain, it has the most powerful acceleration… but some problem with the brakes.”

Unable to enter politics because of his parents personal and political associations (Max’s parents were married on Joseph Goebbels’ estate with Hitler as a guest of honor, while his father, Oswald, was also leader of the British Union of Facists), Max fought to make his own way. He became a racing driver, established his own successful Formula One team, March Engineering. Then, together with Bernie Ecclestone, he wrestled control of the sport from the governing body on behalf of the constructors and turned it into the most lucrative sport in the world.

As president of the FIA, he went on to oversee vast strides in car safety on and off the track, saving an inestimable number of lives. “Max Mosley was a forerunner in making motor racing a laboratory for road safety and the environment,” notes his successor as FIA president, Jean Todt.

The documentary covers pivotal moments such as the deaths of Jim Clark, Roger Williamson and Ayrton Senna, as well as the 2005 Indianapolis tire debacle and the McLaren ‘Spygate’ drama, about which he has some rather brutal words for Ron Dennis.

Most public figures would have hidden away, but not Max, who argued his personal affairs are nobody else’s business. He sued the News of the World, and won, and was a driving force in the Leveson phone-hacking inquiry. He then went after the lawmakers to implement greater press regulation and data protection laws.

Mosley: It’s Complicated is an often cautionary, frequently inspiring, undoubtedly fascinating account of conflict on the track, in the court room, and in life throughout. From it emerges a silver-tongued Machiavellian fighter, respected and feared in equal measure, who has cast himself as a champion of the underdog.

“I am so happy that I never had to sue Max, as he is not the person to take on,” judges Ecclestone, having seen the film. “He would, and has, fought to the end for what he believes in and thinks is right. He could have been an excellent Prime Minister for the UK but, when pushed, he thought his father’s history might have held him back. I believe, as do many prominent people, that he was wrong. We need a few more Max Mosleys in this world.”

Produced by Flat-Out Films, in association with the Oscar-winning Diamond Docs, Media Diamond and Independent Moving Pictures, the film’s running time is 93 minutes. Executive produced by Alison Taupier and Paul Crowder with Alexandra Orton serving as a writer, it is being distributed theatrically by Miracle Comms and on Digital Download DVD & Blu-ray by Dazzler Media. International Sales are being handled by 7&7 Producers Sales Service.

MOSLEY: It’s Complicated will be in UK Cinemas from 9th July, and on Digital Download & DVD/Blu-ray from 19th July. The DVD / Blu-ray can be pre-ordered through Dazzler Media https://amzn.to/3vM4q0W