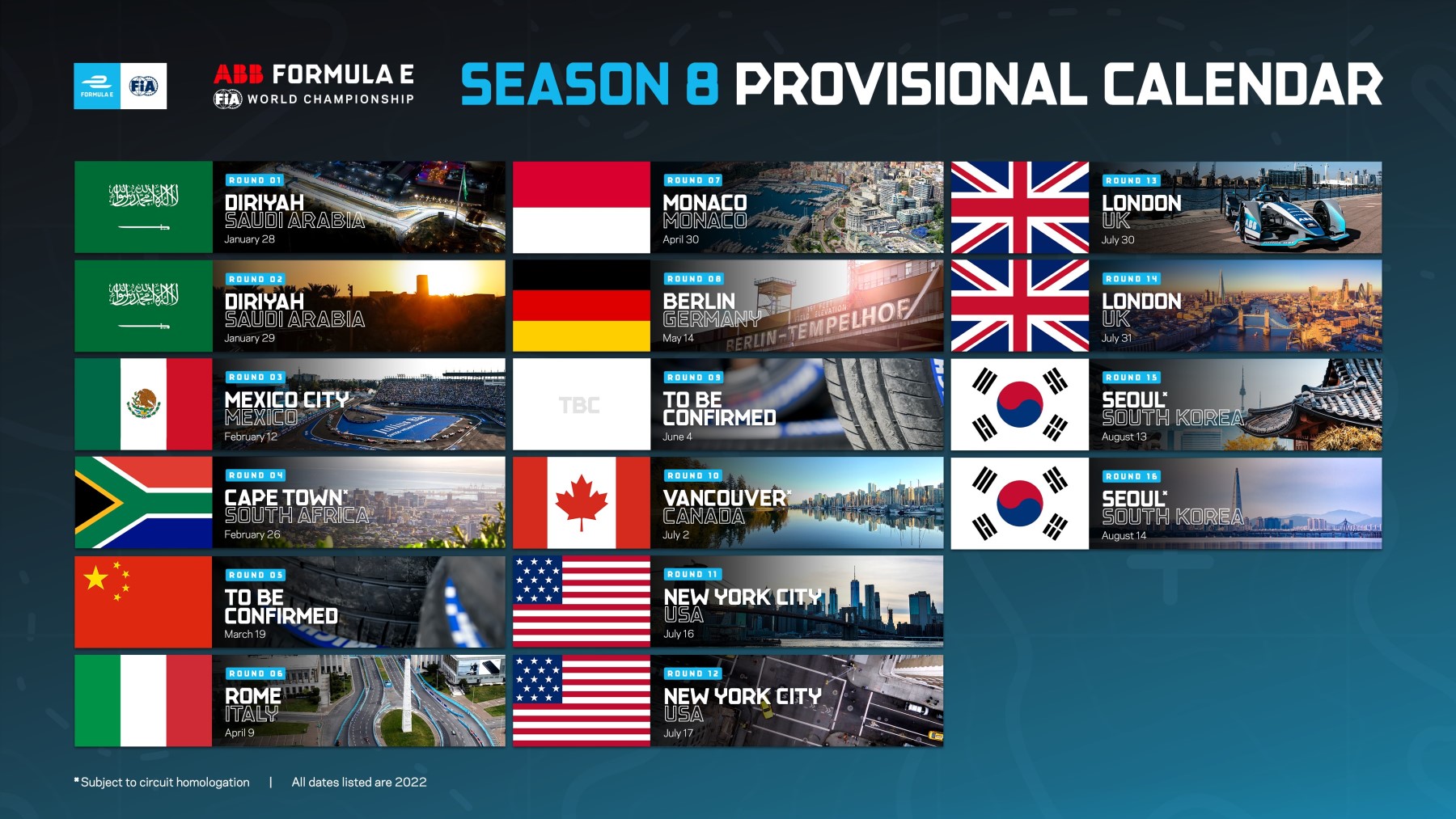 The calendar was ratified following the day’s earlier FIA World Motor Sport Council in Monaco, confirming the busiest season yet of electric racing.

Getting underway in late January, the season opener will once again take place under the stars of Diriyah following the success of last season’s inaugural night race. The Formula E grid will then head to Mexico City before visiting the first of three new cities with South Africa’s Cape Town – returning single-seater FIA World Championship racing to the country for the first time since the 1993 South African Grand Prix.

China then makes a welcome return to the Formula E calendar in March 2022 before events in Rome and Monaco, with the race in the Principality moving from a biannual event to an annual event following May’s hugely successful E-Prix and the accommodation of the Automobile Club de Monaco.

Berlin, the only city to have featured in every season, takes its familiar place on the calendar in May followed shortly after by the second new venue with Vancouver.

Racing then heads to the Big Apple for a series of double headers beginning with the New York City E-Prix, before two races at London’s ExCeL and a climatic double-header season-finale in Seoul utilizing a circuit incorporating the Olympic Stadium.

After two consecutive years of absence due to the global pandemic, Formula E plans a return of the Parisian race in 2023 for the arrival of Formula E’s Gen3 cars. The Paris E-Prix will move to a biannual event format, adapted to provide a new balance for the championship’s calendar. Each year of racing will see Paris welcome the Allianz E-Village, the electric mobility celebration and laboratory of innovative ideas promoting clean mobilities.

To follow the latest news and information on Formula E visit www.FIAFormulaE.com