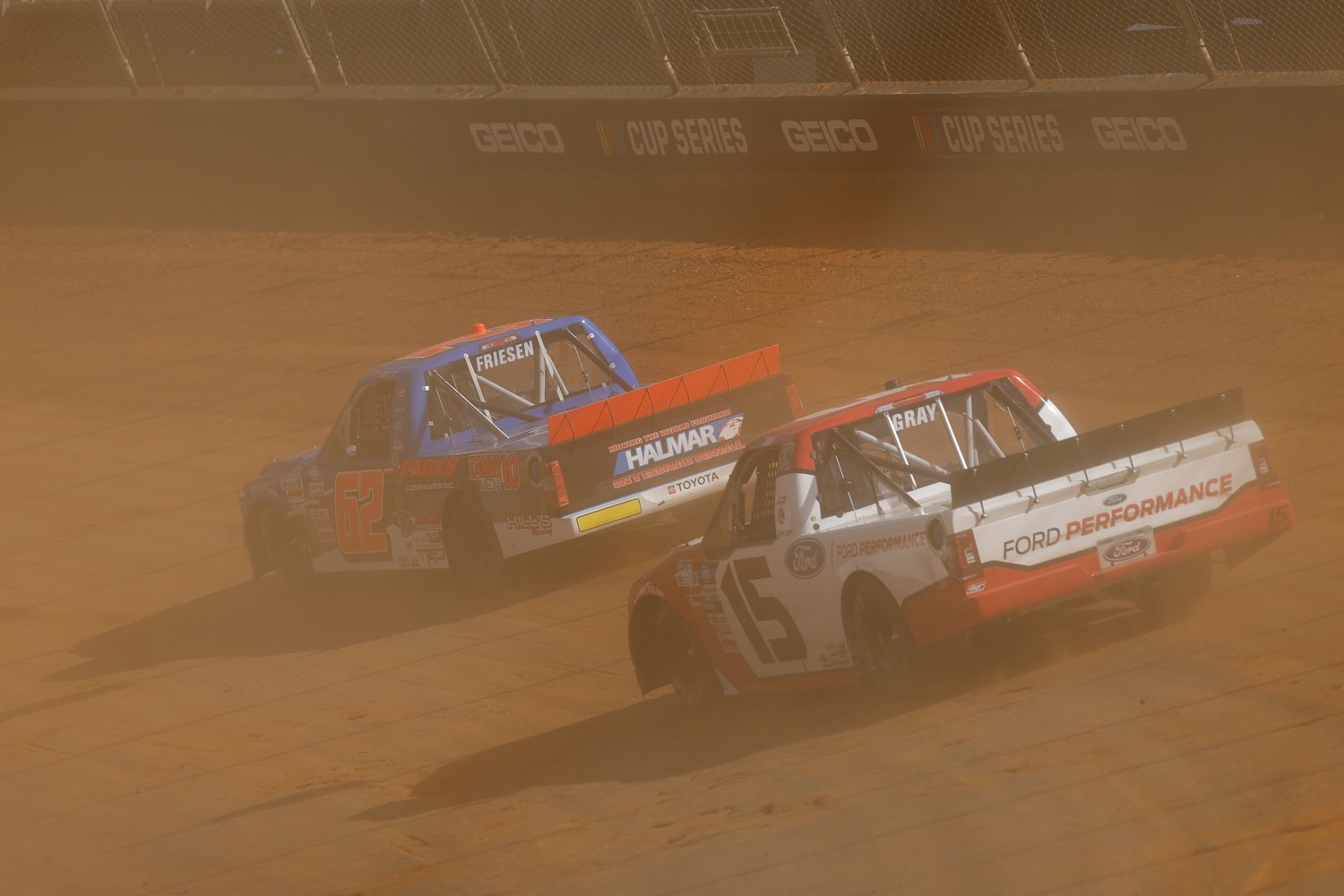 Dirt-track qualifying procedures that were washed away with barely a trial run at Bristol Motor Speedway are back. The format, which includes qualifying heats with incentives for passing, will return for the NASCAR Camping World Truck Series’ debut at Knoxville Raceway.

The procedures will set the starting lineup for Friday night’s Corn Belt 150 at the Iowa half-mile. The first of four heats is scheduled to begin at 7 p.m. ET with the 150-lap main event set for 9 p.m. ET — all broadcast on FS1, MRN and SiriusXM NASCAR Radio.

Torrential rain and flooding nixed qualifying for both the Cup Series and Trucks at Bristol’s dirt layout in March, mothballing the revised race structure until this weekend. Here’s how that system is laid out, with qualifying, pit-road procedures and race format: