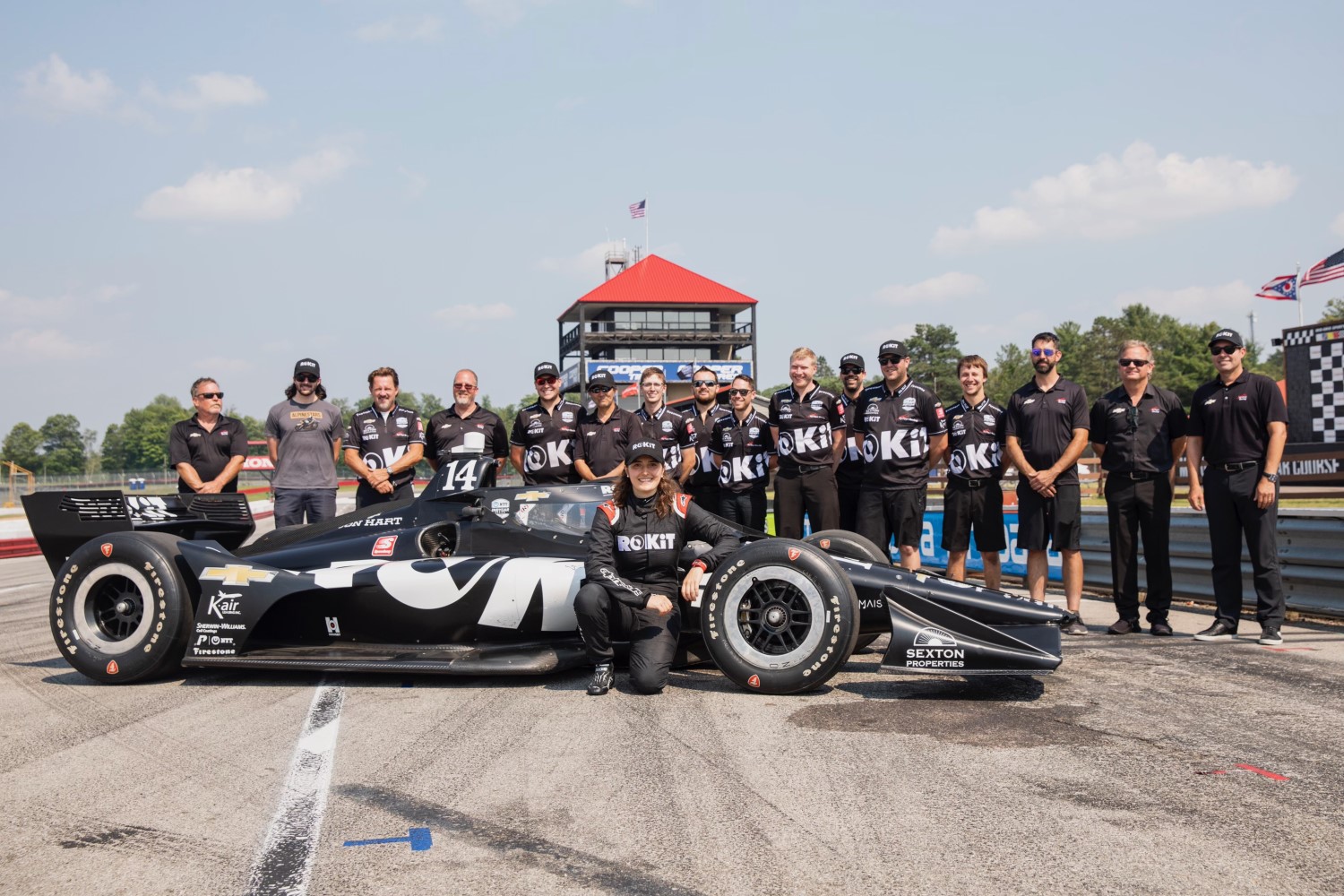 Tatiana Calderon is among several potential ride-buyers for an IndyCar ride in 2022, following a test with the AJ Foyt team at Mid-Ohio.

The test was made possible through her sponsor ROKiT, which also sponsors the #14 AJ Foyt Racing-Chevrolet in which Sebastien Bourdais has been competing this year.

Does this mean ROKIT may decide to sponsor Calderon in IndyCar in 2022 instead of Sebastien Bourdais, the current driver of the #14 ROKIT car?

Or does it mean the Foyt team would actually run two ROKIT liveried cars in 2022?

Larry Foyt denied that this gave an indication of what situation the team may find itself in for 2022.

“I would say she’s certainly on our list of potential drivers,” he told Autosport “I don’t want to get ahead of ourselves – we’ve got lots of sponsor meetings coming up.

“We’re enjoying working with Seb. Obviously it’s frustrating that we’ve had the pace at a lot of tracks but haven’t put the whole weekend together.

“But 2022… I don’t want to go into that because the situation is open – and I mean really open – at the moment. We’ve got meetings with ROKiT soon. There are different options on the table.”

Taking nothing away from Calderon who tested 2-seconds off the pace at Mid-Ohio, it would suck if the talented Bourdais lost his ride to her. This is not what IndyCar needs right now.

Nevertheless, she has been added to our 2022 IndyCar Silly Season Page