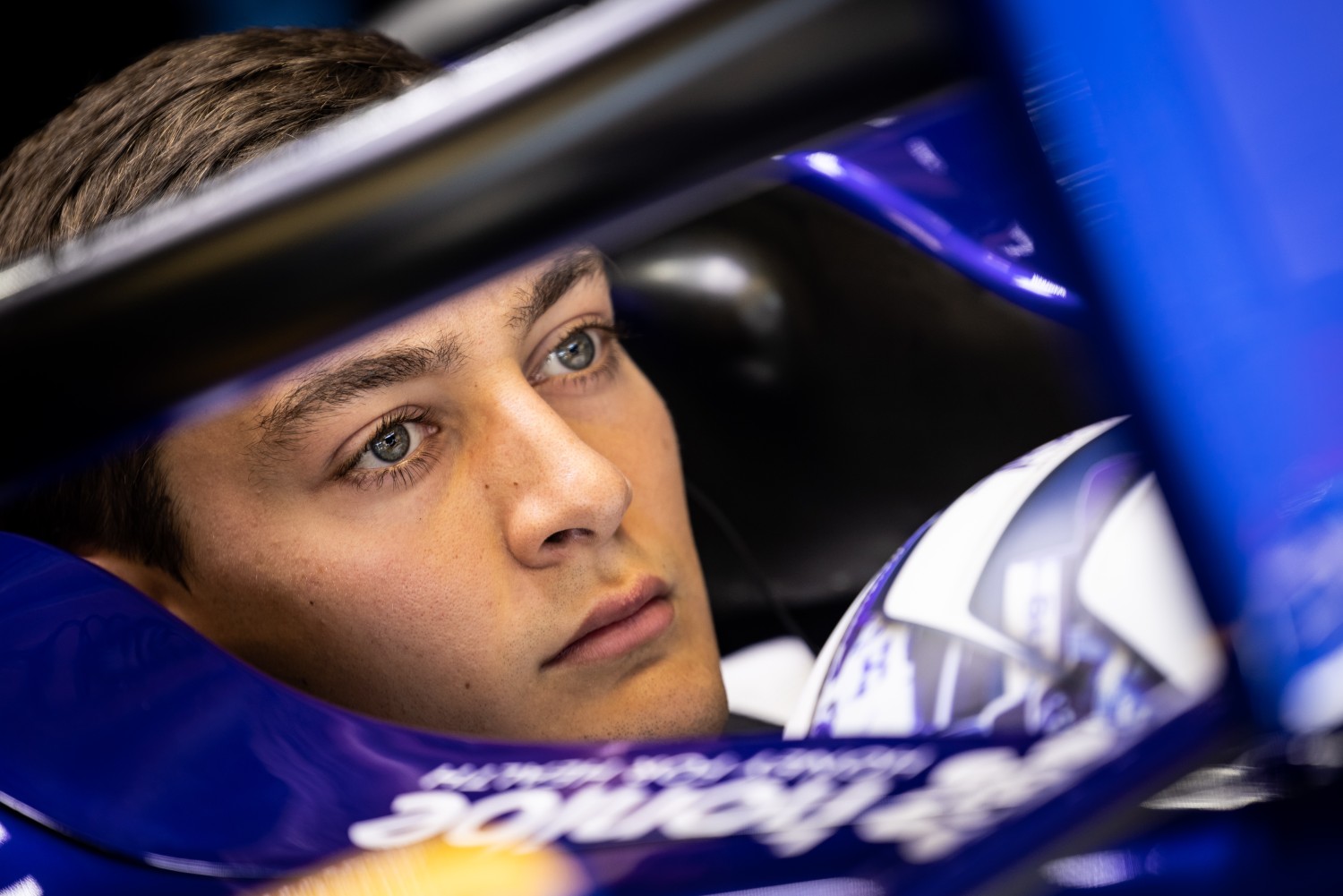 ‘Loyal’ Russell rules out Red Bull move
(GMM) George Russell has ruled out moving into the Red Bull camp for 2022.

Although his promotion to Valtteri Bottas’ seat at the works Mercedes team recently seemed set in stone, it now appears that Lewis Hamilton may have succeeded in talking boss Toto Wolff out of changing the status quo.

“It is clear that we have discussions with Lewis about different scenarios,” Wolff admitted to Motorsport-Total. “One of them is who the other driver is.

“However, Lewis has never tried to influence the decision. He has a good relationship with Valtteri, but he has never said that he prefers this or that.”

If the highly-rated Mercedes junior Russell, 23, is indeed kept at Williams for 2022, Red Bull’s Dr Helmut Marko has said he would be interested in making an offer.

Russell, though, rules that out.

“It is impossible for me to drive for Red Bull next year,” the Briton told RTL.

“As I’ve said before, I’m a Mercedes driver. So while it’s nice to get positive feedback from the Formula 1 scene and hear about the interest of other teams, my only loyalty is to Mercedes.

“I will definitely drive a car with a Mercedes engine next year – that’s for sure. Mercedes is my car – my brand. What color the car will be, I don’t know yet.”

As for when the world might finally hear about Wolff’s official decision, Russell said he is not expecting that until after the summer break.

“The earliest possible time would be at Spa, but it certainly won’t be earlier,” said Russell. “This kind of thing just takes time.

“We have to decide at the right moment, and it simply hasn’t come yet.”

His intentions, however, are clear, as Russell declares that he is “100 percent ready” to move up from the lower half of the grid in order to “win”.

“I am 100 percent ready to drive the fastest car and take the next step with it,” said Russell. “With every race I feel better prepared and at the moment I can say ‘I’m ready’.

“I’ve missed the excitement and pressure of being up front and attacking. That’s what I live for. I’m ready to race against the best.

“I’ve raced against Max, Lando, guys like that for my entire junior career. The only new one would be Lewis Hamilton,” he smiled.

And Russell said seven time world champion Hamilton, who would be his Mercedes teammate for the next two years at least, is “the best of the best”.

But he says he isn’t intimidated.

“If you want to be the best, you have to beat the best,” said the Williams driver. “It’s the only way.

“I want to fight the best, and that’s Lewis.

“Every driver can learn so much from him, with all of his experience and also the respect he has for other people. He is a great person and a fantastic driver,” Russell added.

(GMM) If George Russell is not promoted to the works Mercedes lineup for 2022, Dr Helmut Marko says Red Bull would consider snapping up the 23-year-old Briton.

It is widely expected that Toto Wolff-led Mercedes will in fact announce this weekend at Silverstone that its junior driver Russell – who currently drives for Williams – is replacing Valtteri Bottas next year.

But if Mercedes doesn’t make that call, Red Bull’s Dr Marko is keen to swoop.

“Russell is certainly worth considering when you look at the performance he is currently delivering at Williams,” the 78-year-old Austrian said.

“But it’s pointless because Mercedes would make a huge mistake if they didn’t get him. I just can’t imagine that,” Marko added.

When asked why Mercedes has waited so long to promote the highly promising Russell, who upstaged Bottas when he stood in for an ill Lewis Hamilton in Bahrain last year, Marko responded: “That’s a question for Mercedes.

“It’s not our style to give advice. At the end of the day, we just take note of it,” he told Sport1.

“But at the end of the day, if a driver like Russell was already with us, he would have been in a competitive car long ago. The performance he does with the Williams in qualifying is extraordinary.”