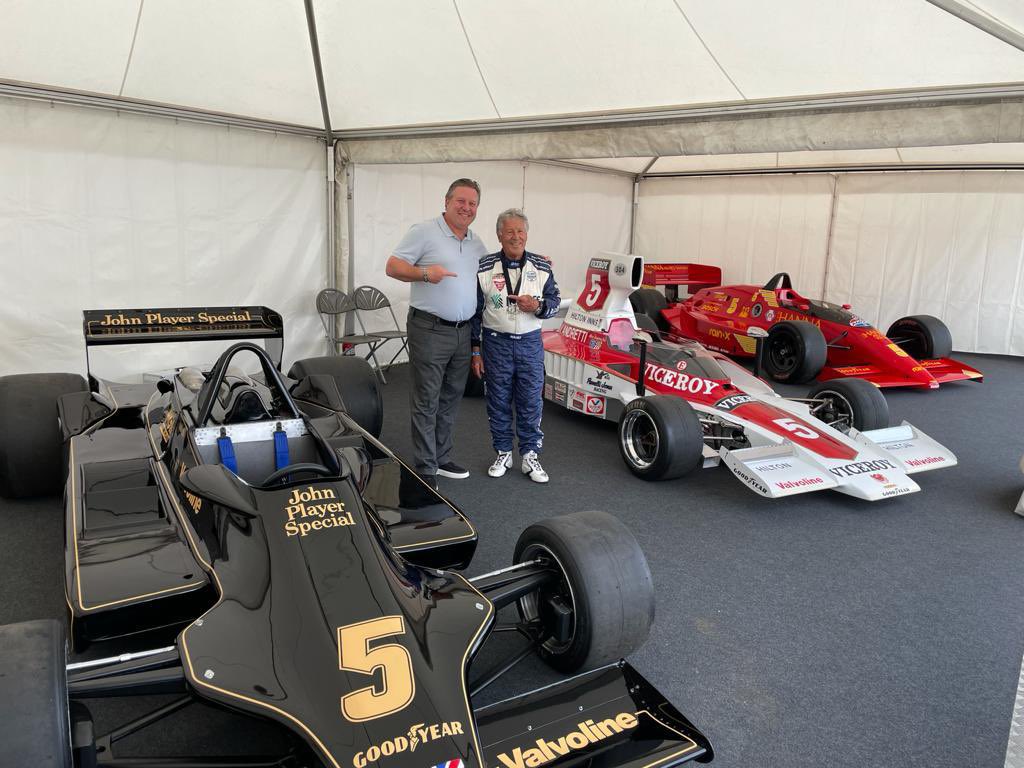 United Autosports are excited to be involved in the 2021 British Grand Prix, where team owner Zak Brown will get behind the wheel of the 1978 Lotus 79 for the Historic Cars 70th Anniversary demonstration at Silverstone.

The Lotus 79 was originally driven by motorsport legend Mario Andretti in the 1978 Formula One World Championship, while also contesting some non-championship races. The car won on its Grand Prix debut in Belgium and went on to score five further wins that year, with both Andretti and Lotus winning the World Championship – the British constructors last World Championship title. Now owned by Zak Brown and looked after and restored by United Autosports, the Lotus 79 most recently competed in the Hillclimb at the 2021 Goodwood Festival of Speed to a full crowd of motorsports enthusiasts.

It was announced last month that the British Grand Prix would allow full attendance, making the appearance of the Lotus 79 at the circuit even more special. The demonstrations will take place on Friday 16th July, at 13:05pm, Saturday 17th July, at 09:50am and again on Sunday 18th July at 12:55pm.

The British Grand Prix will be available to watch on Sky Sports F1; this will include coverage of all events over the Silverstone weekend.

Zak Brown: “It’s going to be an amazing event at the British Grand Prix this year. To be involved in the Historic Cars 70th Anniversary demonstration is a real honor and to have a full circuit of fans is going to make it a mega weekend. I can’t wait to get behind the wheel of my Lotus 79 around the amazing Silverstone circuit.”