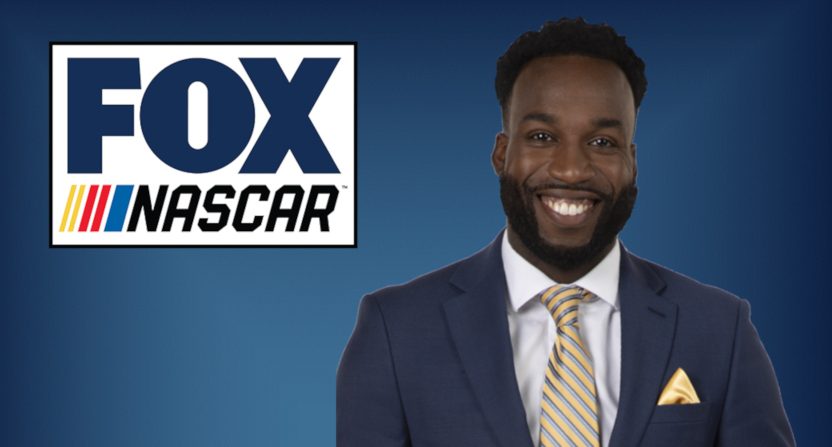 Sims will serve as the newest FOX NASCAR reporter, debuting on NASCAR RACEDAY on Sunday, July 18 (12:30 PM ET on FS1), in a sit-down interview with former NASCAR Cup Series champion Joey Logano. Logano scored his first-career series win in 2009 at New Hampshire Motor Speedway, his home track and site of this weekend’s race.

“I couldn’t be more excited to join the FOX NASCAR team,” Sims said. “I’ve thoroughly enjoyed my time covering NASCAR at WJZY in Charlotte, and I’m thankful to continue storytelling in the sport with such a great team.”

“Josh is a rising star and has earned a great deal of respect, not only among our FOX NASCAR team but within the NASCAR industry as a whole,” said Lindsey Mandia, FOX Sports Vice President, Production.  “We expect him to have an immediate impact on our shows and are thrilled to have him on board.”

Raised in East Brunswick, N.J., Sims graduated from Villanova University with a bachelor’s degree in Communications, after which he earned a master’s degree in Broadcast and Digital Journalism from Syracuse University.