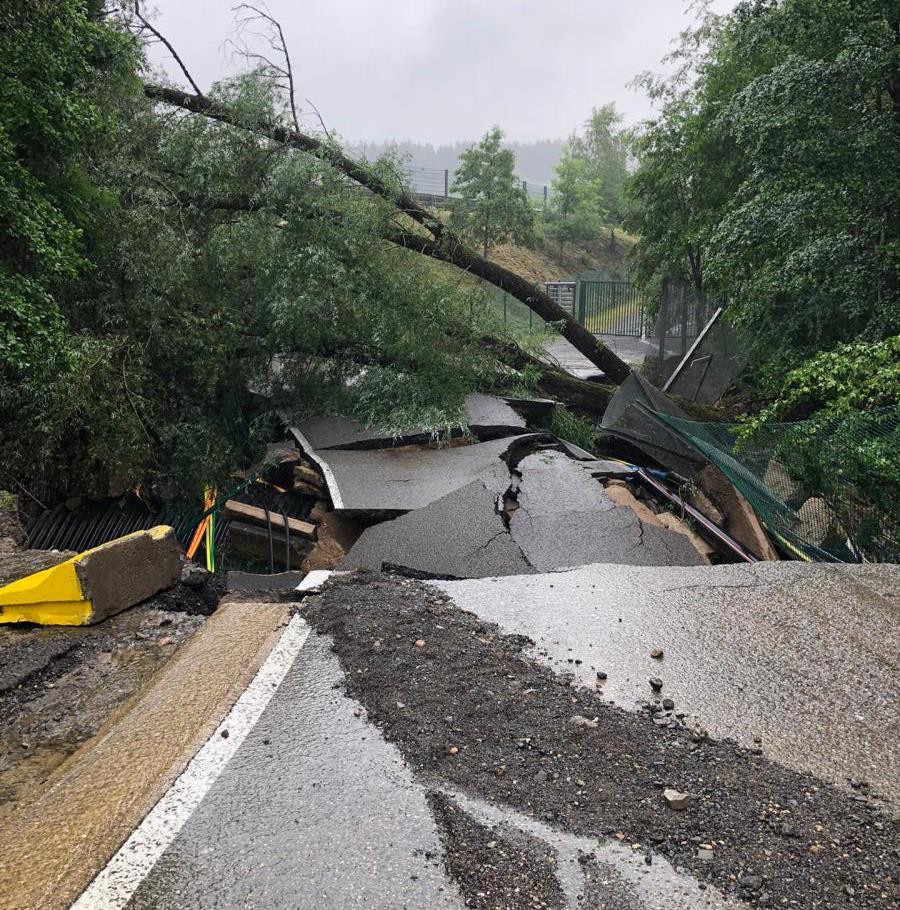 (GMM) Spa-Francorchamps, the fabled host of this year’s Belgian GP next month, is currently closed.

The circuit was already battered by flooding recently, and now it has been hit with another round of abysmal weather.

In a statement, Spa-Francorchamps admitted that “the related infrastructures of the circuit” have been damaged, including the “collapsed” paddock access road and “impassable” tunnels.

While the “track itself has not been impacted”, races have been called off for now because of fallen trees, damaged safety fences and downed “digital infrastructure”.

“Our teams are already at work in order to be able to resume activities from this weekend, and to restore all the safety conditions required for the circuit’s customers,” a spokeswoman confirmed.

Although the track itself was unharmed, the essential infrastructure around the circuit is no longer passable. Trees threatening to fall also contribute to the unsafe situation around the track.