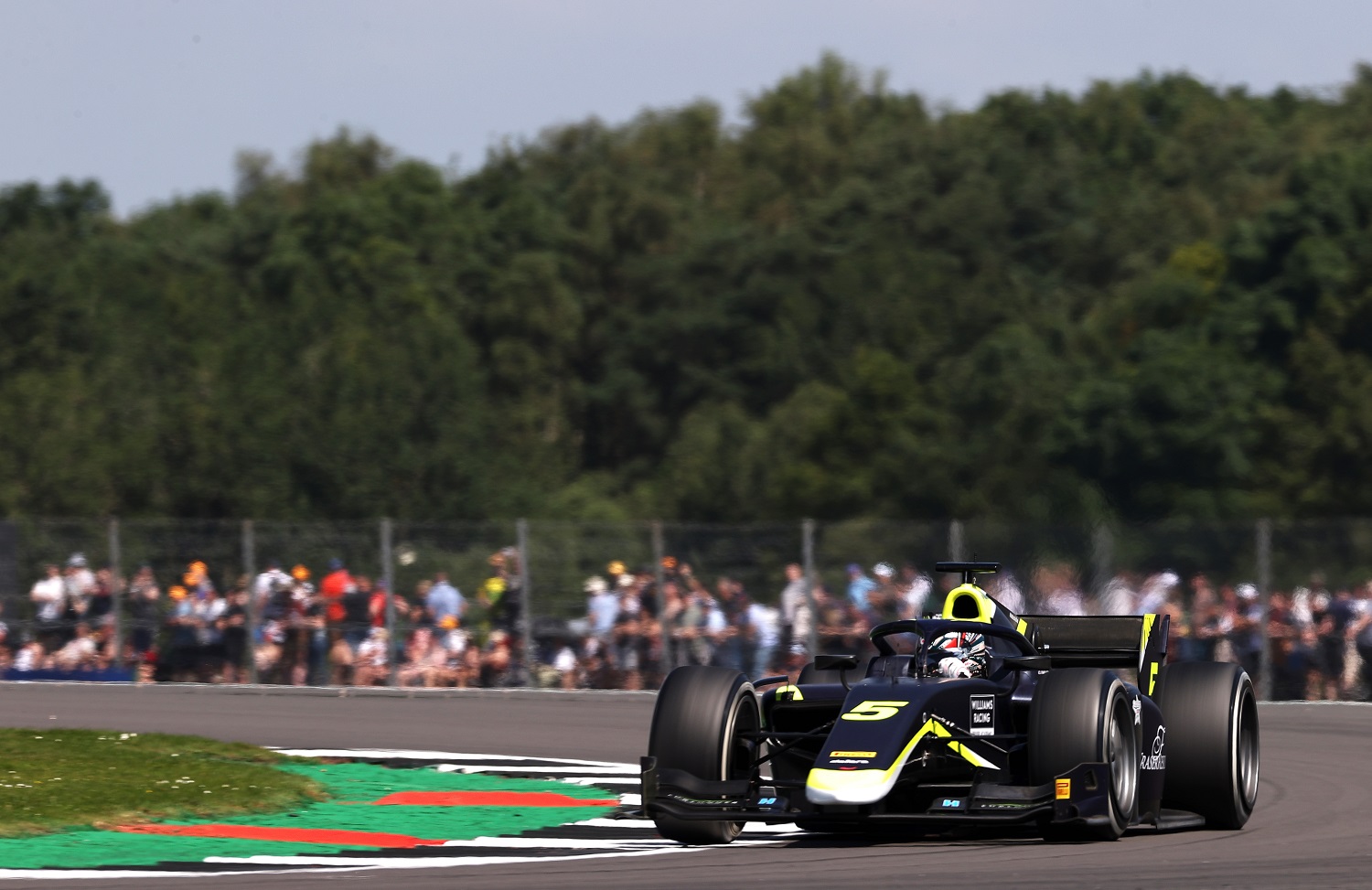 Dan Ticktum started his home event in the best possible fashion, running fastest in Free Practice at Silverstone with a tour of 1:41.750. The Carlin racer’s time was just over two tenths clear of PREMA Racing’s Oscar Piastri, who beat out Jüri Vips, of Hitech Grand Prix.

Théo Pourchaire was the first man out of the pits, but his session was over within minutes, the Frenchman losing the rear at Brooklands and going into the wall. A red flag was required as he clambered out of his ART Grand Prix and left it stranded in the gravel.

The field returned with just 30 minutes of running left and Vips looked to be carrying over his form from Round 3 in Baku, going fastest with a time of 1:42.958.

Alessio Deledda went wide as the second set of flying laps started to come in, with the Italian pulling over onto the gravel after an on-track spin. Despite his best attempts, Deledda was unable to get his HWA RACELAB going again and a second Red Flag was required.

Piastri had gotten a lap in just in time, leaping to first in the order with a 1:42.131. Behind him, Lirim Zendeli was up to second ahead of Ticktum. Piastri then improved on his time when action resumed, slicing it down to 1:41.980, while Ticktum moved up to P2.

A wide moment at Stowe didn’t stop Ticktum from taking first, after the Briton punched in the fastest first and second sectors to leapfrog Piastri with only minutes left.

Vips found further pace to move up to third, ahead of Richard Verschoor, and his fellow Red Bull junior Jehan Daruvala.

Championship leader Guanyu Zhou took his first F2 pole at Silverstone back in 2019, but was down in sixth in the opening session of the weekend, 0.005s ahead of Christian Lundgaard.

Despite showing so much early pace, Zendeli could only manage eighth at the flag, but he was ahead of Liam Lawson and Robert Shwarztman, who took the final two top 10 spots.