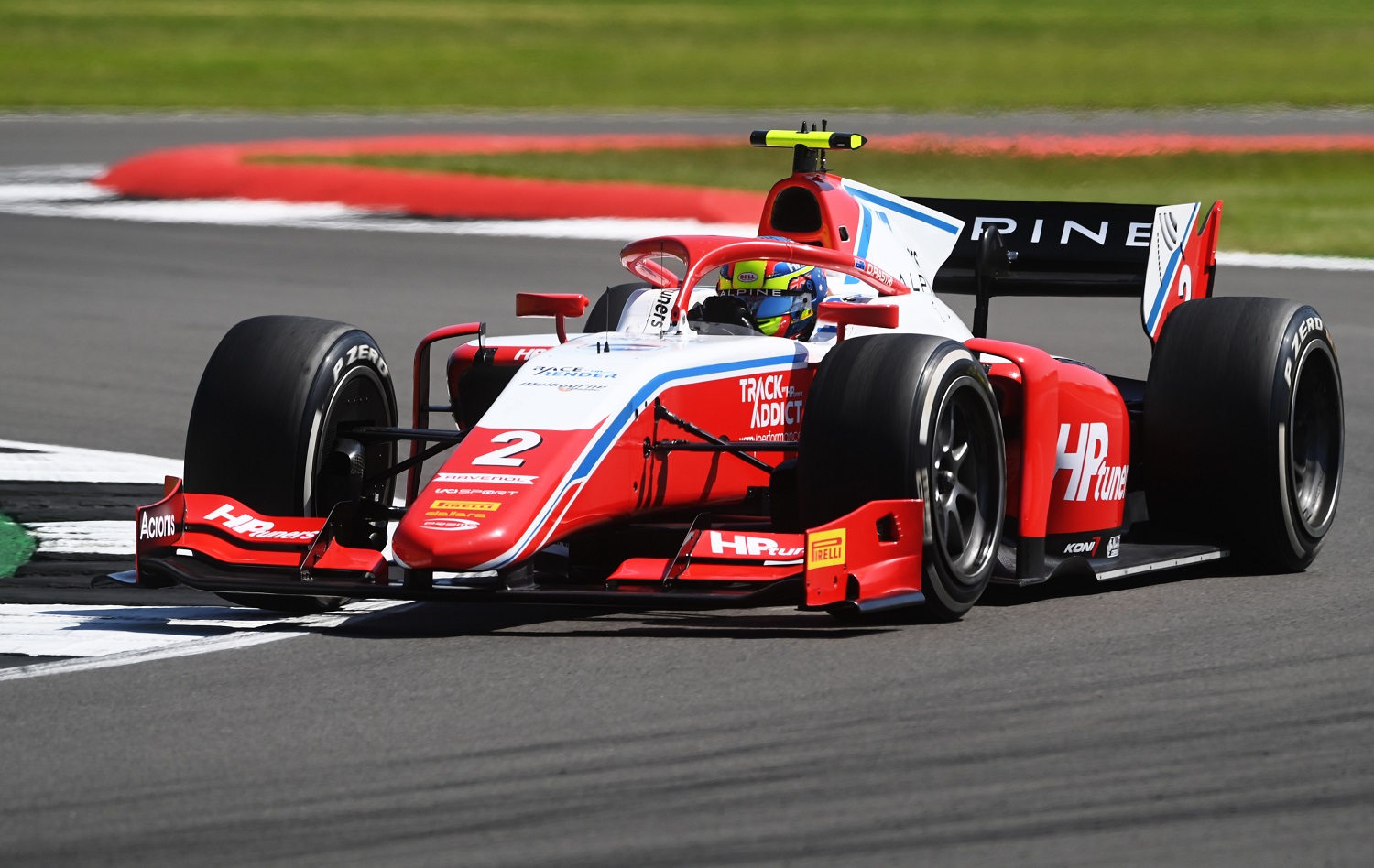 Oscar Piastri became the fourth different polesitter in as many rounds with a dominant performance at Silverstone, setting the fastest lap of the session in the first stint, before a Robert Shwartzman crash brought out a Red Flag and ended Qualifying prematurely.

Championship leader Guanyu Zhou snuck into second with a late lap, but was 0.221s off Piastri’s poletime of 1:39.854. MP Motorsport’s Richard Verschoor scored his best Qualifying position with third, just over four-tenths off the leader.

Christian Lundgaard escorted the field out onto a hot and sunny Silverstone circuit, with a track temperature of 42 degrees. Lapping at 1:40.962, Felipe Drugovich led the first round of fast runs, beating Dan Ticktum’s Free Practice topping time by more than a second.

There was enough life left in the medium Pirellis for another flyer and Piastri was determined to make the most of it, lunging to first with 1:39.854. Meanwhile, Drugovich was bumped down to third by Ticktum, although the Carlin driver remained half a second off Piastri.

After a stint in the pits for fresh rubber, the field returned to the track with just a second separating the top 12. Piastri couldn’t make any improvements on his quickest time, but neither could his rivals, with the Australian retaining his half a second buffer in first.

Zhou was left thanking his lucky stars as the UNI-Virtuosi racer crossed the line just moments before a Red Flag ended the session. And it was a significant improvement too, with the Chinese racer leaping from 10th to second in the order, thanks to a purple first sector and a personal best second sector.

The session-ending Red Flag came when Shwarztman spun and beached his PREMA in the gravel at Stowe with just two minutes to go. Although, the Russian could consolidate himself with a solid finishing position of P7.

Like Zhou, Verschoor had also managed to beat the Red Flag and nabbed himself a top-three spot, setting 1:40.259s to drop Ticktum down to P4.

Finishing 10th overall, Lundgaard will start ahead of Jüri Vips and Roy Nissany in Saturday’s reverse grid Sprint Race 1, which takes place at 8.50am local time.