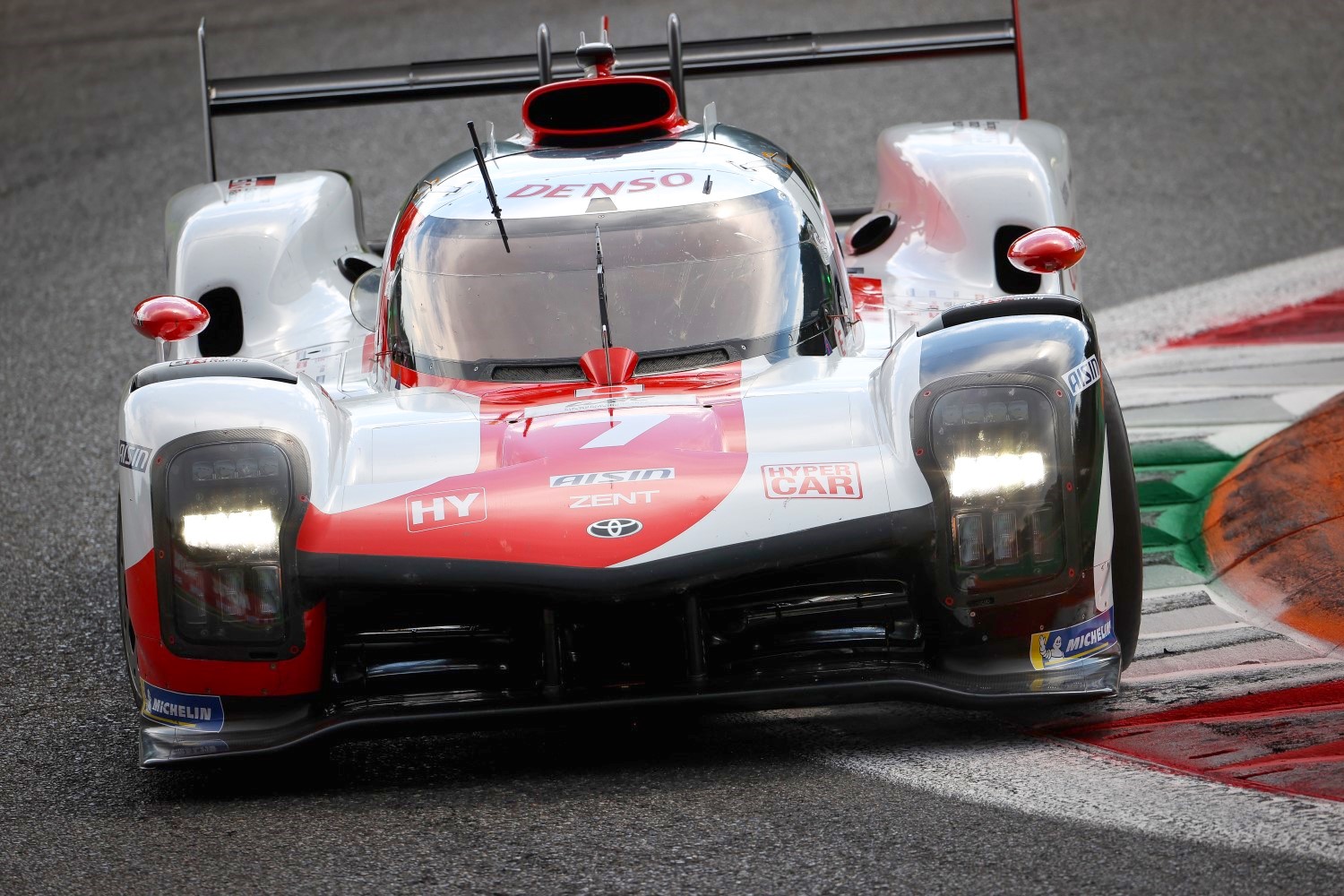 TOYOTA GAZOO Racing completed the first practice session for the inaugural 6 Hours of Monza, as it began its quest for a third consecutive Hypercar victory to extend the new GR010 HYBRID’s 100% winning record.

The team leads the World Championship following those wins at Spa-Francorchamps and Portimao and it will again take on Hypercar competitors from Alpine and Glickenhaus in the third round of the FIA World Endurance Championship (WEC) on Sunday.

The #7 crew of Mike Conway, Kamui Kobayashi and José María López finished third at Spa then second at Portimao, and are aiming to go one better in Italy. Their push for a first win of the season began well, and they set the fastest time of the session with lap of 1min 38.401secs.

Sébastien Buemi, Kazuki Nakajima and Brendon Hartley, winners of the opening two races in their #8 GR010 HYBRID, were 0.134secs behind in second place. All five Hypercar competitors finished the session within just 0.684secs, promising an exciting battle ahead.

Although one of the world’s oldest racetracks, Monza is a relatively new venue for WEC, with the only previous visit coming in a two-day Prologue test in 2017. After first practice, it is now unique as the only circuit at which TOYOTA GAZOO Racing has contested competitive sessions in both the WEC and the World Rally Championship.

As WEC moves to the high-speed part of the season, the opening practice session was an important chance to learn how it behaves on a circuit with similar characteristics to Le Mans. A 15-minute red flag, due to an incident for a GT car, threatened to disrupt this crucial program, but the session was extended accordingly.

Mike Conway (GR010 HYBRID #7): “It is only first practice so we are are still trying to understand the best set-up direction for our car around this track. It all seems very close at the top, so it feels as if we are going in the right direction. It’s a different circuit compared to Spa or Portimao, which means we’ve got quite a bit of work to do to get the car in the right set-up window, but this was a good start to the weekend.”

Kamui Kobayashi (GR010 HYBRID #7): “I am very happy to be driving in Italy again. It feels a bit like home because when I started racing in Europe I lived in Italy. I know the place well and I enjoy racing here. I haven’t raced at Monza since 2014, so it definitely feels good to be back. First practice went fine and we have some areas to work on to improve the car for the rest of the weekend.”

José María López (GR010 HYBRID #7): “It feels very nice to be back at Monza, where I started my car racing career and always feel such passion for motorsport. It was pretty much a smooth day for us. We still have to work hard to optimize the GR010 HYBRID but it’s good to start with the two cars at the top of the times. We will keep working and see what we can do tomorrow to get more from the car.”

Sébastien Buemi (GR010 HYBRID #8): “The GR010 HYBRID is still a new car for us, even if we’ve done a couple of races by now, so there is plenty to learn. For me, it’s my first time to drive an endurance prototype at Monza because I missed the Prologue in 2017. I enjoyed being out there. We had a bit of rain which wasn’t so nice but it was a decent start to the weekend; now we have work to do to fine-tune everything.”

Kazuki Nakajima (GR010 HYBRID #8): “I am happy to be back at Monza and I enjoyed getting my first taste of the GR010 HYBRID here. My stint was not so easy because there were a few drops of rain and I had quite some traffic to manage but the session went fine in general. I am looking forward to doing more laps tomorrow so we can make progress on our race preparation, which is the main focus.”

Brendon Hartley (GR010 HYBRID #8): “It was a pretty clean session and it’s very close with all the Hypercar competitors which was nice to see. It was a positive session. Both cars tested different items and we had no major issues. We’re still trying to improve the car every time we drive it and we’re making improvements, and did a few tests on different settings and I think we’re getting closer so I feel quite good.”