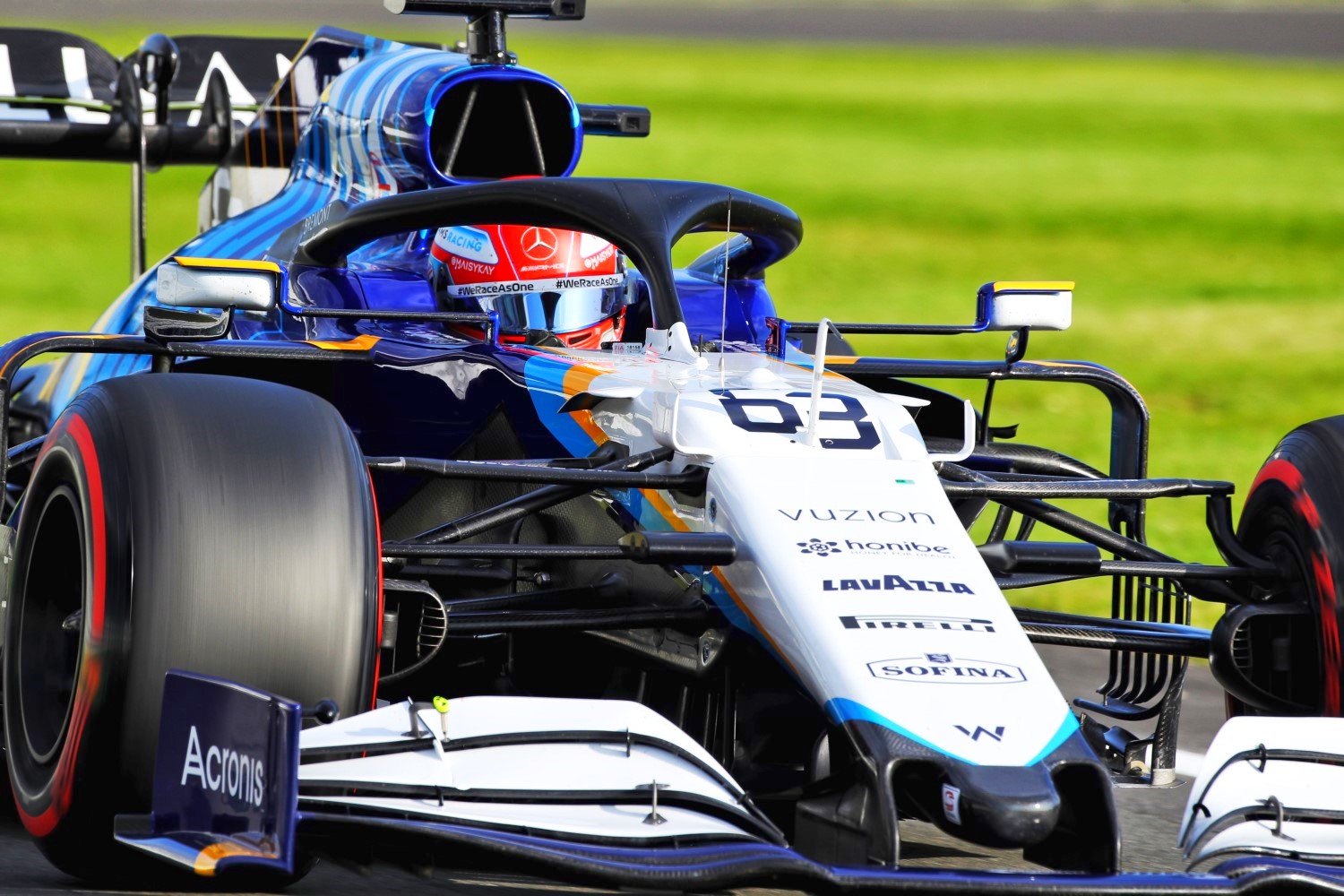 (GMM) Toto Wolff has hinted that Formula 1 will emerge from its August slumber to news about the identity of Lewis Hamilton’s Mercedes teammate for 2022.

But he denied that Valtteri Bottas and George Russell already know what that news will be once it should be official by Spa-Francorchamps.

“The drivers don’t know anything yet,” said the reigning champion team’s boss.

Wolff’s counterpart at Haas, however, backs the widespread paddock perception that 31-year-old Bottas is on the way out and will be replaced by impressive young Williams charger Russell.

“He (Russell) is on the market – the Mercedes market,” Gunther Steiner told RTL.

“I think Mercedes knows exactly what they want to do with him.”

Russell gave his chances yet another boost by powering his normally back-of-the-grid Williams to a sensational eighth quickest in Friday qualifying.

“Hats off to what George is doing in that car at the moment,” said Steiner.

“I hope our drivers are as good as George in their second and third years. He (Russell) will have a big say in Formula 1 in the future.

“He’s young, fast, doing everything right and a nice guy as well. An exceptional talent.

“Everyone is waiting to see what he can do in a competitive car. And if he gets one consistently, we’re looking at a world champion. I think he has the skills for that.”

Wolff also agrees that he has a unique talent on his hands.

“It’s a feast for the eyes to watch George,” said the Mercedes boss. “He’s a little lion in that car.”

However, the 23-year-old, who is a free agent come the end of the year, admitted it would be a difficult task to measure himself up against a driver like Hamilton, were he not in a more competitive car than the Williams next season.

“It’s always difficult to compare against guys in different teams, as we know, the cars are so dominant,” Russell exclusively told Express Sport.

“Obviously, the drivers are so important, but the cars are the biggest factor in terms of performance at the moment, and hopefully next year, all of the teams, all the cars will be much closer together, I guess it’s all relative, really.

“Lewis is still going to be on the top of his game, and is still doing an excellent job.

“Everybody knows also how Red Bull have a fantastic car at the moment.

“You want to be racing against the best drivers in the world, and that’s what makes Formula One what it is.

“And Lewis is without a doubt, you know, obviously probably the greatest of all time and still is going incredibly strong.

“If Lewis wasn’t on the grid, we’d be missing out on one of the best drivers of it. So it’s just great to have him stay in for another couple of years.”

3 thoughts on “F1: Mercedes has a plan for George Russell – Steiner”