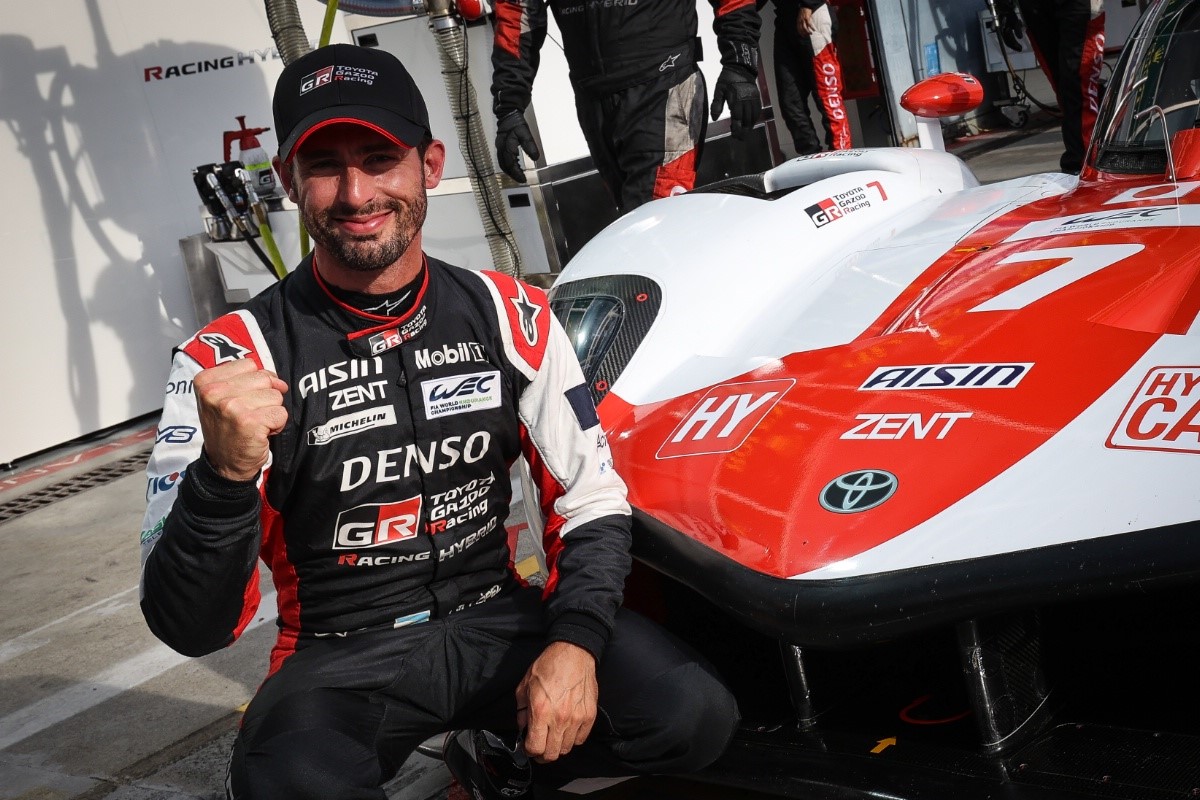 World Champions TOYOTA GAZOO Racing locked out the front row after a dramatic and incident-packing qualifying session for the 6 Hours of Monza.

José María López, who shares the #7 GR010 HYBRID with Mike Conway and Kamui Kobayashi, took pole position with a lap of 1min 35.899secs. He was fastest in every session at the Italian circuit, which is hosting a WEC race for the first time this weekend.

Brendon Hartley, in the #8 sister car he drives alongside Sébastien Buemi and Kazuki Nakajima, lapped just 0.062secs slower for a qualifying.

With a combined 1,419km completed throughout the three practice sessions at Monza so far, the team was well-prepared when qualifying for the third round of the FIA World Endurance Championship (WEC) began under the early evening sun.

The session began with two aborted laps for José after locking the brakes going into the first chicane and taking the escape route. Meanwhile, Brendon improved on his second lap to consolidate his provisional hold on top spot.

Under pressure, José delivered the quickest lap of the week on his third timed run, demoting the sister car to second, moments before an LMP2 crashed, causing a red flag.

When the session resumed, just under three minutes remained, which was sufficient time for one final flying lap. But the team chose to keep the two GR010 HYBRIDs in the pit lane and conserve tires for Sunday’s race, when tire degradation in the summer heat will be a key factor.

Pipo Derani ensures Glickenhaus Racing start on outside of the second row as he claims a fastest lap of 1m36.995s. The second Glickenhaus 007 LMH car is fifth as Richard Westbrook qualifies 0.328 in arrears to team-mate.

José María López (GR010 HYBRID #7): “I have been fastest in every session here which is quite unusual, especially in endurance racing. So I have started on the right foot and I was happy to do the job in qualifying. It doesn’t matter if you’re quickest in every session before qualifying; you have to deliver on that one lap. I really enjoy the challenge, particularly in the GR010 HYBRID as I have a great feeling with this car. With the lock-up on my first laps, there was a bit of extra adrenaline, more than I wanted, but in the end it was just important to deliver the result. It’s nice to get a one-two but the important job comes on Sunday, when we are pushing to achieve the same result in the race.”

No.91 Porsche 911 RSR-19 of Gimmi Bruni places third but half a second away from sister Porsche.

TF Sport on top in LMGTE Am

No.83 AF Corse squad second with a best lap set by Francois Perrodo just 0.269s back from Keating’s pole time