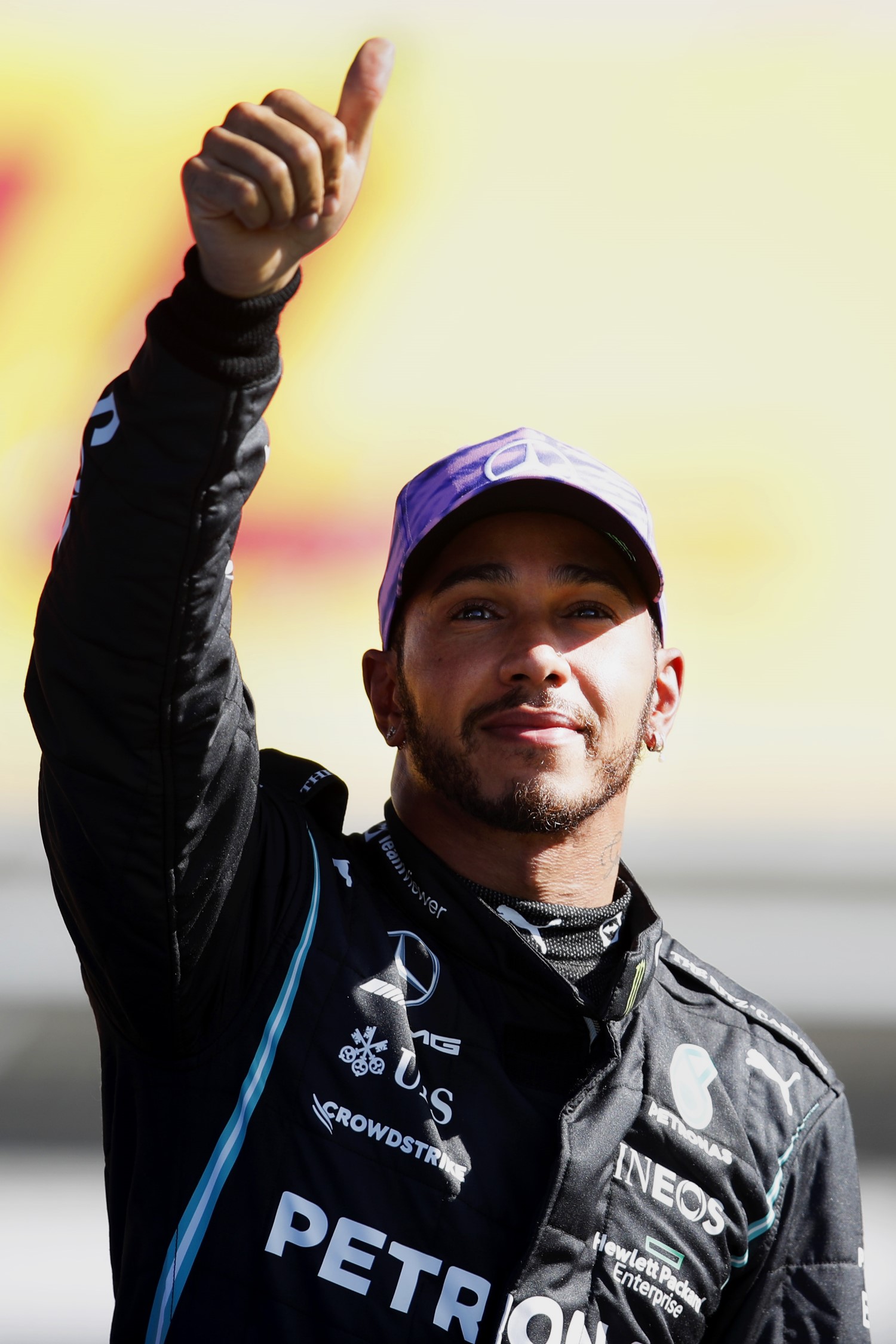 Hamilton was assessed a 10-second penalty for crashing out Verstappen, but the Mercedes was so fast he made up the deficit on the track and caught Leclerc’s Ferrari who was suffering from an occasional engine cutting out at full song. Hamilton disposed of the Ferrari with 2 laps to run and pulled away to an easy 3.87s win.

“It’s a long way to go but let’s keep pushing guys. I believe in you,” Hamilton said to his team over the radio.

“It was such a physically difficult race. I’m so grateful to the fans, this is a dream for me today to do this in front of you all. Amazing effort from the team. I’ve been giving it my all, all week, back in the factory, trying to find performance. I always try to be very measured. Max, he’s very aggressive. Regardless of whether I agree with the penalty, I just kept working.”

Hamilton’s water boy, Valtteri Bottas, let Hamilton past because of the point situation and settled for third.

“I think both race starts, I was wheel spinning quite a bit, which made it a bit more difficult. We stopped a bit too early to be competitive towards the end. As a team yes, really good points so a strong weekend from that point of view.”

McLaren’s Lando Norris and Daniel Ricciardo rounded out the top-5.

“It’s difficult – of course it was an incredible race,” said Leclerc. “I gave all of me, but it was not enough in the last few laps. Congratulations to Lewis, he did an incredible job. We didn’t expect it – not to be as competitive. Overall, it was much stronger than we were used to.”

Carlos Sainz Jr. was 6th in the 2nd Ferrari ahead of Fernando Alonso in 7th and Lance Stroll in 8th.

When Hamilton clipped Verstappen’s right-rear in the Corpse corner, the Dutchman was sent hurtling into the barriers in what was a huge accident, causing the race to be red-flagged.

Verstappen appeared shaken and winded as he climbed out of his wrecked Red Bull, but he was able to walk away from his car, before he was taken to the medical center at Silverstone.

Following an initial assessment performed at the track, Red Bull confirmed that Verstappen had been sent to a local hospital for “further precautionary checks”.

“I’m disappointed that a driver of his caliber should make a move like that. He’s put a competitor in hospital,” said a pissed off Christian Horner.