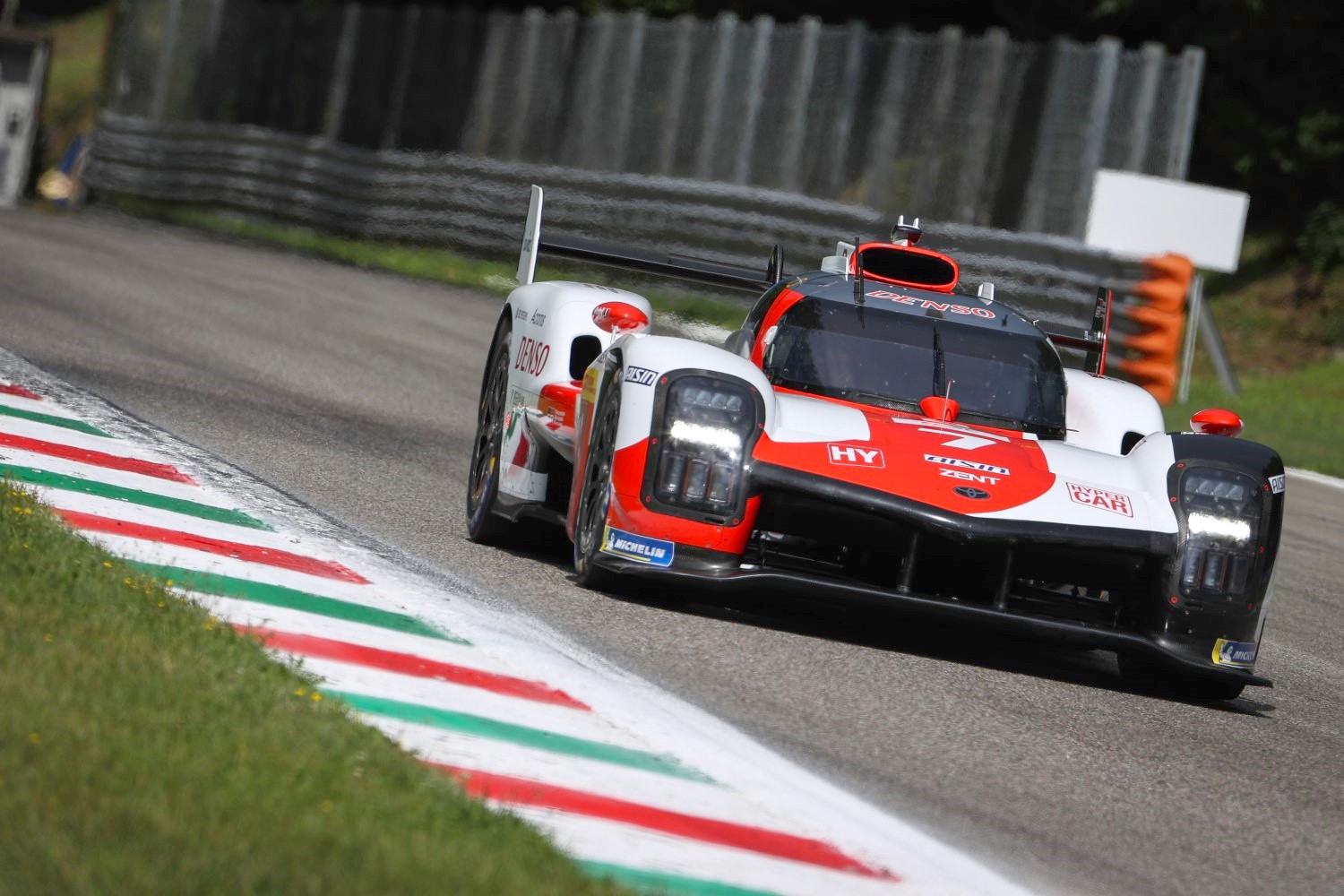 Mike Conway took the checkered flag to win the WEC 6 Hours of Monza after a dramatic event which saw a close battle between Toyota and Alpine in the final two hours.

The No.7 Toyota GR010-Hybrid led for the majority of the race after starting from pole position but suffered a puncture and a technical issue, allowing Alpine a sniff of victory.

Mike Conway, Kamui Kobayashi and José María López, in the #7 GR010 HYBRID overcame challenges and strong Hypercar competition to earn their first victory of 2021, beating the #36 Alpine by 60.908secs after 204 laps to end their run of misfortune this season.

With that result, TOYOTA GAZOO Racing extends its lead in the manufacturers’ World Championship to 30 points over Alpine. Meanwhile, the fight for the drivers’ crown has tightened, with the #8 crew now leading by only six points from their #7 team-mates, the reigning champions.

The race had look like being a close battle between the two GR010 HYBRIDs when Mike led the early stages in the pole-sitting #7, followed closely by Sébastien. Only a few seconds separated them during their first two stints but all that changed around 90 minutes into the race, just as Brendon took the wheel of the #8.

A fuel pressure issue required a four-and-a-half-minute pit stop. After returning to the track in 21st position, further misfortune struck immediately when the front-left corner required replacement due to a damaged hub. That cost the #8 12 laps and any chance of victory.

José built a lead over the chasing pack and, despite a safety car due to debris on the track, he held a 22secs lead at half distance. But the dramas continued for the sister car. Following another relatively brief trip to the garage, the team decided to change parts on the fuel system, a complex repair which cost 48 minutes.

But it was not over yet as an exciting race took further twists after Kamui took over the wheel of the leading #7. With less than two hours to go, the car stopped on the side of the track when he an error message on the dashboard. Kamui performed a power cycle and resumed, having lost around a minute and the lead of the race to the #709 Glickenhaus.

But that car only a few minutes in front though, before itself pitting for repairs. Kamui therefore led again until a puncture required a tire change, setting up an exciting chase of the leading Alpine.

Kamui cut into the advantage before handing over to Mike, who set the fastest lap of the race as he continued to hunt down the leader. A full course yellow with 34 minutes to go gave the #7 a chance to make its final fuel stop and secure the lead, which Mike held until the checkered flag.

Porsche and Ferrari put on a stunning battle in LMGTE Pro as No.92 Porsche of Kevin Estre and Neel Jani just beat the Ferrari 488 GTE Evo of James Calado and Alessandro Pierguidi.

United Autosports USA takes second win of 2021 season in LMP2, while AF Corse takes LMGTE Am silverware with No.83 Ferrari 488 GTE Evo after mighty back of grid to lead drive.

Hypercar
•    No.7 Toyota GR010-Hybrid Hypercar of Jose-Maria Lopez, Kamui Kobayashi and Mike Conway takes its first win of the season and Toyota Gazoo Racing’s third
•    But victory doesn’t come easy for No.7 after a puncture and a brief technical issue costs the team time and allows Glickenhaus and Alpine ELF Matmut have spells in the lead
•    Mike Conway forced to go flat-out in final hour due to need for a ‘splash’ fuel stop in closing stages.
•    However a Full Course Yellow with 35-mins remaining allows Conway to re-fuel which proves decisive
•    No.7 crew even survives late pit stop investigation probe but receives just a warning
•    Alpine ELF Matmut eventually takes second place after fighting display from Nicolas Lapierre, Andre Negrao and Matthieu Vaxiviere
•    No.709 Glickenhaus 007 LMH shows well and took up lead very briefly after N0.7 stops on track in fifth hour
•    But Romain Dumas has to pit immediately with brake issues and drops four laps as brake change is completed. However team takes its first ever WEC podium for fighting third position
•    No.708 Glickenhaus has troubled day with spark plug and gearbox problems causes mid-race retirement

•    Porsche wins massive LMGTE Pro battle after manic ‘cat and mouse’ race sees Kevin Estre just beat the No.51 AF Corse Ferrari 488 GTE driven in final stints by Alessandro Pierguidi
•    Estre and Jani take second win of season after close battle over duration of the six hours that sees their No.92 Porsche 911 RSR-19 and the Ferrari never more than 7-seconds apart
•    However, deciding moment comes with 3-minutes remaining when Pierguidi is forced to pit for fuel
•    Win sees Estre and Jani vault back in to lead of title chase
•    No.91 Porsche 911 RSR-19 of Gimmi Bruni and Richard Lietz has similarly tight fight with No.52 AF Corse Ferrari driven by Daniel Serra and Miguel Molina.
•    Porsche wins that battle as well by just 6-seconds