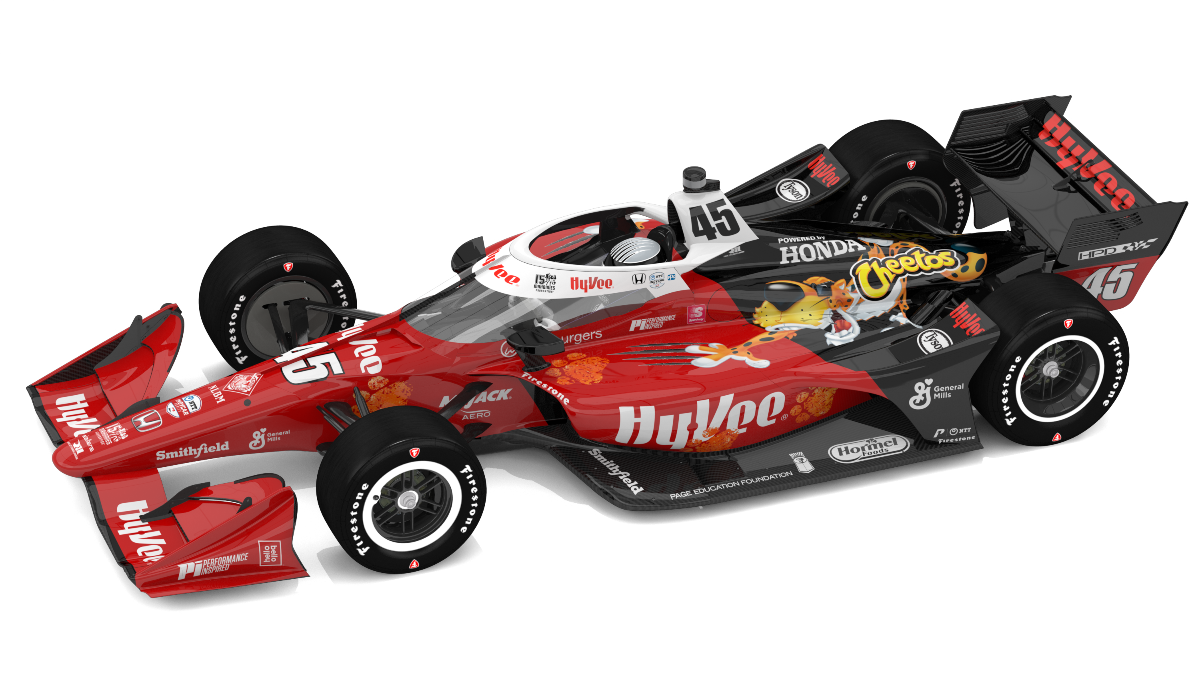 Rahal Letterman Lanigan Racing (RLL) announced today that Santino Ferrucci will return to the team to compete in the No. 45 Hy-Vee entry at the inaugural Music City Grand Prix of Nashville, August 6-8. Hy-Vee, Inc. – an employee-owned supermarket chain that operates more than 280 retail stores across eight Midwestern states – is the primary sponsor of Graham Rahal’s entry for two races this season as well as a full season associate and was the primary sponsor of Ferrucci’s car at the Indy 500, doubleheader races in Detroit and the Mid-Ohio event.

At the Indy 500, Ferrucci piloted the No. 45 Hy-Vee Honda to his third straight top-seven finish with a sixth-place result, finished sixth in Race 1 and tenth in Race 2 in Detroit and ninth at Mid-Ohio Sports Car Course.

“I’m super excited to be back driving for RLL and Hy-Vee,” said Santino Ferrucci. “It’s going to be an incredible race as it’s our first time racing in the streets of Nashville.  The track has an incredible layout that has us racing over a bridge. I have been to the track before on a scooter so I at least know a little about the layout. I’m excited to get the chance to continue with consistent top-10 finishes for the team but I definitely think we can challenge for a win if the weekend goes smoothly.”

“Our partnership with the Rahal Letterman Lanigan Racing team has continued to bring excitement to our employees and customers,” said Randy Edeker, Chairman, CEO and President of Hy-Vee. “We look forward to teaming up with Santino Ferrucci again to drive the No. 45 Hy-Vee entry in Nashville.”

After two full INDYCAR SERIES seasons in 2019-2020 and a partial one in 2018, Ferrucci joined RLL for the Indy 500 and the Detroit Grand Prix races. To date, his best Indy car start is second place at Mid-Ohio (Race 2) in 2020 and he has finished in fourth place four times. In 2021, Ferrucci competes part-time in the NASCAR Xfinity Series, driving for Sam Hunt Racing.