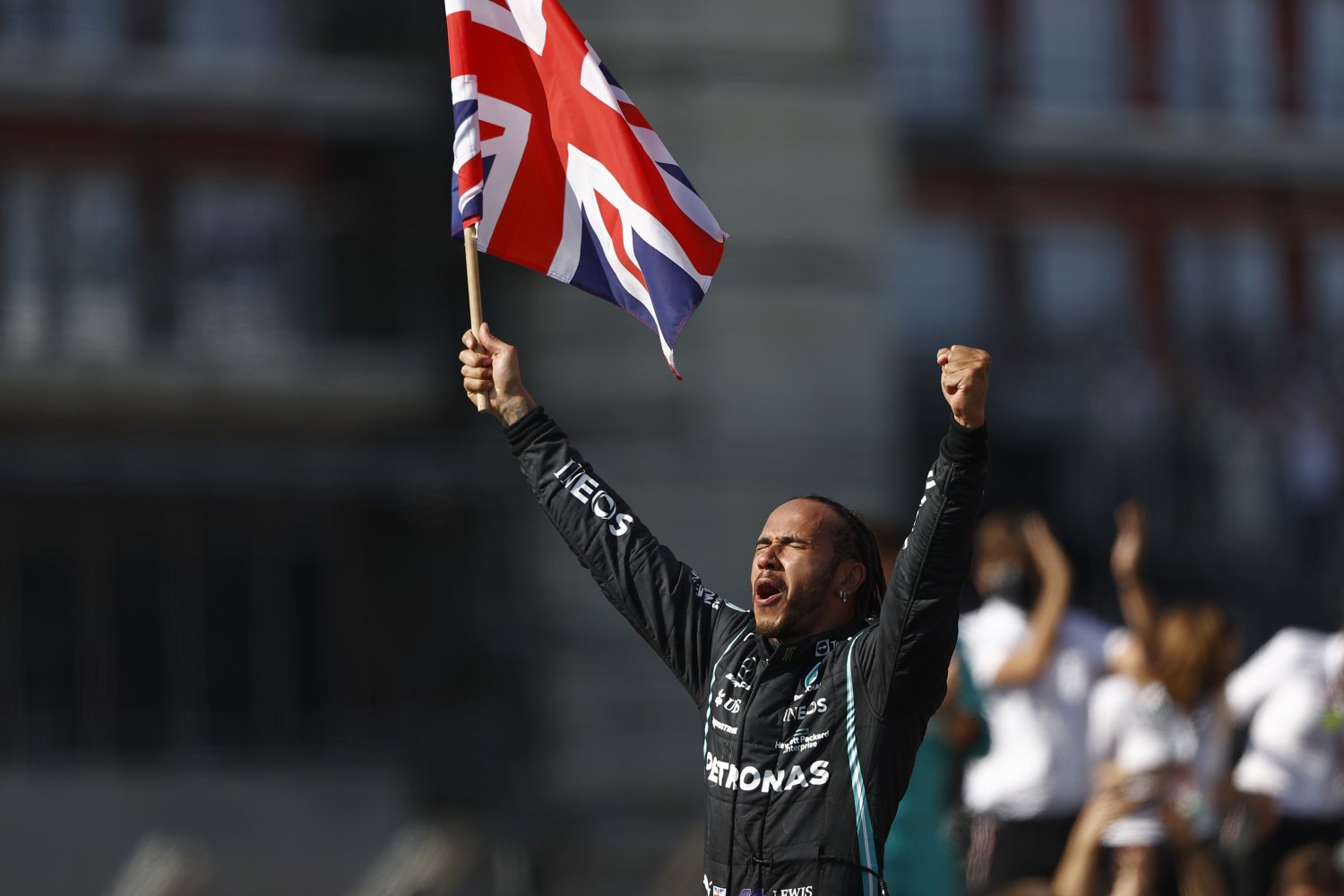 After serving a penalty for the race-ending Max Verstappen clash, Hamilton emerged from his Mercedes cockpit in an unusually triumphant mood – triggering a fiery and controversial response from his critics.

Jack Plooij, the popular pitlane reporter for Ziggo Sport, said it was notable that Hamilton’s attitude about the sellout crowd at Silverstone suddenly changed.

“Lewis said on Thursday that he didn’t like that there would be a crowd so large,” he told the F1 Aan Tafel podcast.

“He said he found it scary – the infections and the danger. But after the race he was shouting about how great it was that those 140,000 people were there.

“I think there was a lot of politics behind it. The team told him ‘Get as much energy as possible into this championship’. That’s the feeling I have.”

Plooij therefore joins those who think Hamilton should have “stepped back” with his celebrations and “shown respect” for Verstappen while he was having a CT scan in hospital.

“He shouldn’t have been partying,” he insisted. “The team should have told him that Max was in hospital so he shouldn’t do that for a while. That was really not good.

“If you preach about respect all year long, and then you want that respect from someone else, then you have to give it out as well.

“But Max will come out of this stronger.”

“He went from hero to zero as a sportsman in that moment,” he told Ziggo Sport.

“Winning your home race is special, but with a penalty, a teammate who lets you pass and knocking his rival off, I didn’t think it was fitting.”

However, Doornbos also thinks Verstappen will quickly “move on” from the incident and the controversy – especially as the Red Bull driver actually used those words at the end of his Instagram post that was critical of Hamilton.

“I do believe that Max is so strong this year that he will park this and leave it at Silverstone,” said the Dutchman.

“Actually, he has to let it go and keep going. He must allow the emotion to subside.”