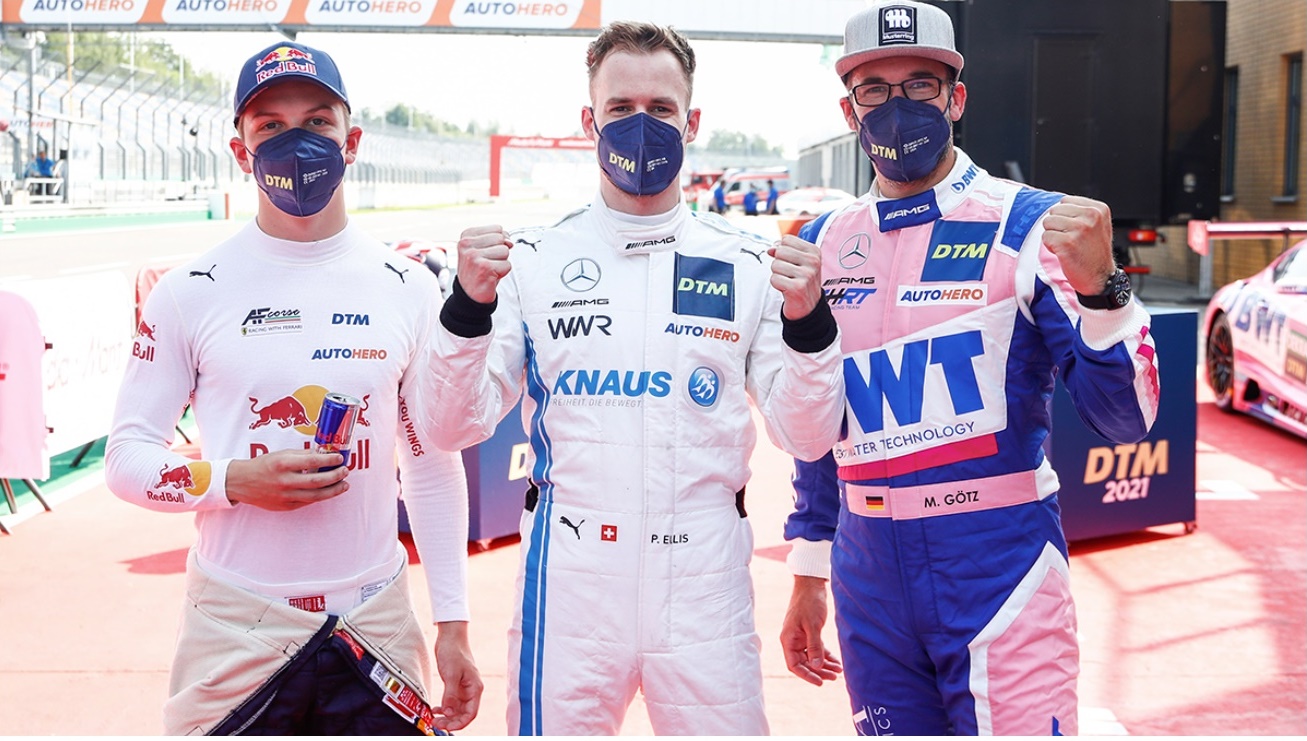 is first-ever DTM race win on Saturday, his maiden pole position on Sunday: Swiss Philip Ellis (Mercedes-AMG, Team WINWARD) is on a roll at DEKRA Lausitzring so far. In qualifying for the second race (start at 1.30pm, live on SAT.1 from 1pm), the 28-year-old secured himself the best starting grid position with a time of 1m 30.292s.

“Incredible, I can hardly believe myself how well it is going at the moment,” Philip Ellis commented after his first qualifying success. “In spite of the 25 kilograms as additional weight after my victory now my maiden pole position in DTM! The team has given me an excellently prepared car today again, many thanks for that!”

Unlike most of the other drivers in the field, Ellis hadn’t completed a timed lap in the first half of the 20-minute qualifying session. At the halfway mark, two Mercedes-AMG drivers in the pink-colored BWT livery were in first and second place: Daniel Juncadella (ESP, Team GruppeM) was in first place with a time of 1m 31.505s, Maximilian Götz (GER, Team HRT) was in second place from Nico Müller (SUI, Audi, Team Rosberg) and two further Mercedes-AMG drivers, Vincent Abril (MON, Team HRT) and Arjun Maini (IND, Team GetSpeed).

In the second half of the session, the 1m 31s barrier fell pretty quickly. Abril was the first to post a sub-1m 31s lap time and then most of the others followed suit. With three minutes remaining, Ellis set the fastest time that remained unbeaten until the chequered flag was out: his maiden pole position was in the books. Monza race winner Liam Lawson ended up second with the Red Bull Ferrari, followed by Maximilian Götz and Kelvin van der Linde (RSA, Audi, Team ABT Sportsline). With Timo Glock (GER, ROWE Racing), Lucas Auer (AUT, Team WINWARD), Sheldon van der Linde (RSA, ROWE Racing) and Daniel Juncadella, BMW and Mercedes-AMG drivers alternated in fifth to eighth place. Arjun Maini and Mike Rockenfeller (GER, Audi, Team ABT Sportsline) rounded out the top ten.

Following her accident in the Saturday race, British driver Esmee Hawey was able to participate in qualifying with a replacement Lamborghini of the Dresden-based T3 Motorsport team. For Sophia Flörsch, meanwhile, the technical gremlins from the Saturday hadn’t gone: there were still fuel pressure issues on her car, preventing her from completing a timed lap.