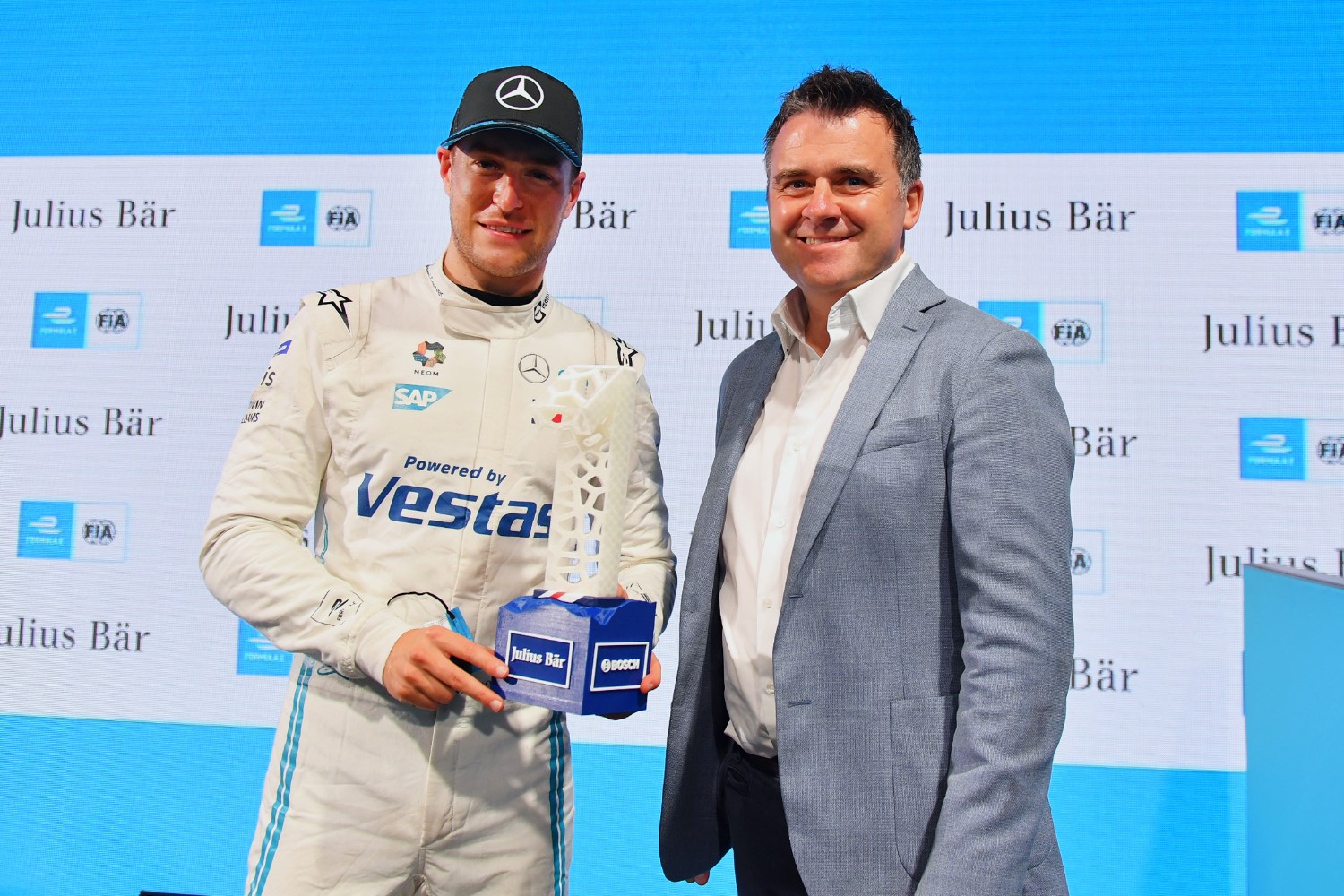 The German manufacturer has the opportunity to right the wrongs of the of recent rounds, and build upon its first podium in seven races thanks to de Vries’ efforts in Round 12 on Saturday in London. With both cars in the top four Sunday’s race and the title protagonists well down the order, Mercedes will be looking to capitalize and fire into Drivers’ and Teams’ title contention.

Vandoorne was fourth to run in the six-car Super Pole shootout. The Belgian’s Mercedes looked to be hooked up, with Vandoorne typically neat and tidy. Though he’d lost time through the middle sector, he had enough to fire top on a 1m20.181s with by far the fastest run through Sector 1.

Rowland looked typically lively as the third driver to run, with the back end of his Nissan stepping out at more than one turn over the 22-corner ExCeL Circuit. The Brit hung it all out and managed to go just over a tenth of-a-second clear of de Vries’ early timesheet-topping lap. Second on the grid for the Yorkshireman is the perfect way to bounce back from Saturday’s disqualification.

As the fastest driver in Group Qualifying, Lynn was last to run in Super Pole and was looking to double up with a second consecutive Julius Baer Pole Position on home soil. He couldn’t do enough though, with Vandoorne 0.067 seconds up the road in the end.
De Vries was first to set a flier, with the aim of putting a lap together that could keep him right in the title hunt after his podium in Round 12 brought him well and truly into the mix. The Dutchman left nothing to spare, clipping a wall through the middle sector on the way to a 1m20.352s – even with spots of rain showing on the camera lens. That effort left him fourth.

Jaguar Racing’s Mitch Evans will start fifth, having dived far too deep into Turn 1, compromising his lap while Maximilian Guenther (BMW i Andretti Motorsport) looked solid and assured – determined to secure the best possible berth without taking unnecessary risk as he steered to an eventual sixth spot.